A jetliner struck an adult brown bear on the runway at Yakutat Airport in Alaska on Saturday in a surprise collision that killed the animal and damaged the aircraft’s engine.

The female bear was with a two-year-old cub at the time, officials say. The cub was not injured in the incident.

The collision happened around 6:30 p.m. on Saturday, Alaska Airlines and state officials said.

Airport crews had cleared the runway about 10 minutes before Alaska Airlines Flight 66 was due to land, and everyone followed the normal runway check procedures before the landing, according to Sam Dapcevich, a spokesperson for the Alaska Department of Transportation.

The Boeing 737-700 jet landed on the runway and was slowing down when pilots saw the bears crossing their path, Dapcevich said.

“The nose gear missed the bears, but the captain felt an impact on the left side after the bears passed under the plane,” Alaska Airlines said in a statement.

The jet’s left engine cowl was dented and crumpled by the impact, photos show. 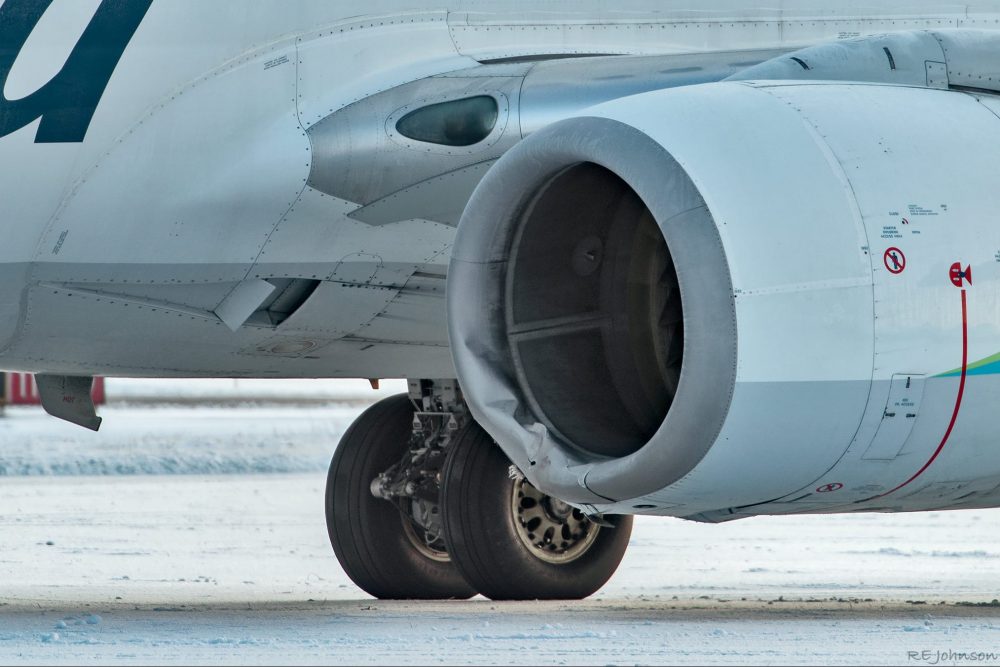 No humans were injured in the collision.

The dead bear was spotted lying about six metres from the centre of the runway, Alaska Airlines said.

Alaska Airlines Flight 66 had stopped over in Yakutat en route from Cordova to Juneau. It was pulled out of service for repairs after the collision and passengers were rebooked on other flights.

Aircraft have hit birds and even caribou in the past, but this is the first known case of a flight hitting a bear in Alaska, Dapcevich told the Anchorage Daily News.

He added that the Yakutat airport is partially enclosed by a fence, and that staff are trained to deal with wildlife venturing onto the runway.

It’s unclear what happened to the cub that survived the encounter.

—With files from The Associated Press