In 2007, Britney Spears, pop icon, went to a hair salon in a Los Angeles suburb, and buzzed her head bald. I knew the salon. I’d driven past it many times — it was just over the hill from my house. Later, she would take an umbrella to a photographer’s car while members of the paparazzi strobed away, a thousand flashing camera lights forever archiving her private hell for all the world to scrutinize.

I didn’t really identify with Ms. Spears’s music growing up, but I did identify with this newfound rage. On the outside, she might have looked like a spoiled brat throwing an alcohol-induced tantrum, but I was sure that on the inside a reckoning was taking place, and she was lashing out against some of the same forces that I wanted to.

I began earning my own money as an actress at the age of 10 — first in small indie films, and then later, from age 11 to 17, on the soap opera “General Hospital.” At 21, I starred in a hit TV show called “Joan of Arcadia,” and from that point forward, I began making real, substantial money — money that made a big difference for my family. When that shift took place, my parents stepped in to help manage it all. My father acted as my co-manager, and my mother managed my finances. My money paid for our vacations, dinners out, and sometimes even the bills. When it finally came time to disentangle our personal and professional relationships, it was deeply painful for all three of us.

This week, Ms. Spears — a woman who almost certainly earned more money by the time she was 21 than I have to date — introduced damning testimony during a court hearing on her experience of a thirteen-year conservatorship under her father’s direction. She testified about the multiple abuses of power she’d endured, which included being forced to perform and being medicated against her will.

My own trajectory was not Britney Spears’s trajectory by any means. Most media reports seem to indicate that her relationships with both her mother and father are dysfunctional; I had a healthy and loving relationship with my parents, for the most part. My fame was not Britney Spears’s fame: Sure, I had been nominated for an Emmy and Golden Globe, but she is a multiplatinum performer known to everyone in the world. And perhaps most importantly, I haven’t experienced anything comparable to the scale of abuse she seems to have endured over the years.

Still, there are some parallels. Having seen some of the complications and consequences that come with finding fame and financial success at a young age, I can attest to how challenging this combination of factors can be to navigate, even for those with the best of intentions. I also know how much potential they have to turn toxic, and how vulnerable they can make a young woman. 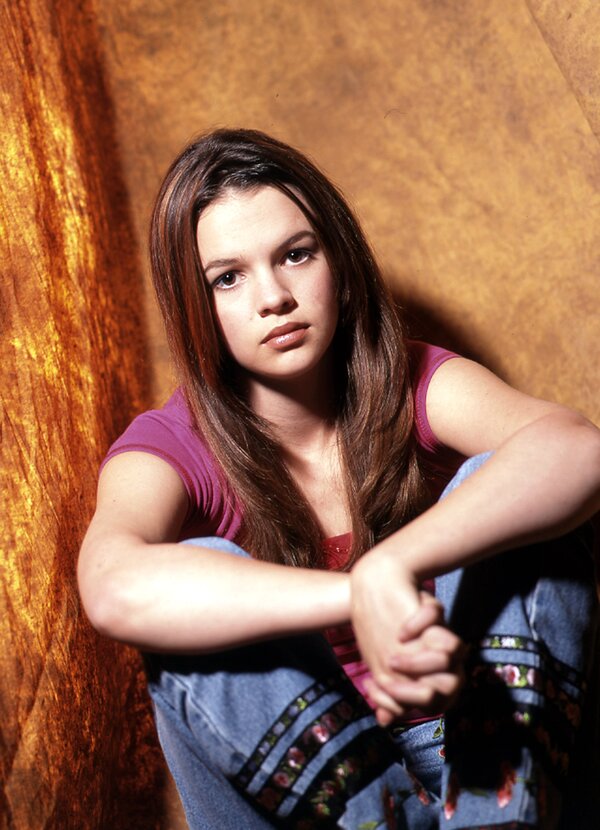 When I began earning meaningful money, my family was not wealthy. My mother was a singer-songwriter and a public-school teacher, and my father was an actor-turned-artist. Once, when I was young, my mom found a rolled-up hundred dollar bill in an old sock when she was doing laundry. She screamed when she pulled it out. “Do you know what this means for us, Amber Rose?” she cried out, holding the bill up to the sky.

My parents managed most of my professional life, right up until I got engaged to my husband when I was in my late 20s. From my very first acting jobs, my father was my co-manager. He worked on reading scripts and sourcing new projects, and my mother was my business manager, taking care of all my income and investment portfolios. These were full-time jobs, in a way, so both of them were paid for their work.

They were supportive and ethical in every way; I was never treated like a “racehorse,” as Ms. Spears’s father reportedly called her. My mom taught me everything I know about money management, from balancing checkbooks to coding my business expenses in my credit card statements. My father was a fiercely protective advocate.

Even so, having my parents on payroll was damaging to our relationship, whether we understood that or not. I couldn’t shake the feeling that every time I had a conversation with my parents about money it felt as if I was asking for an allowance — only the allowance came from money I’d earned. Every conversation with them became about my earnings and my work, and even though I knew there was space to call up my parents and ask for life advice, or just catch up, I rarely did so because of the roles they had taken in my life.

More profoundly, the line between where I ended and where others began felt blurred in a way that I couldn’t articulate at the time. As I made more and more money, the circle of those I supported opened up to include extended family members and friends. I was the one they came to for a small loan or in an emergency, the one who always picked up the check. At one point when I was 21, I even bought an ex-boyfriend a new car in an attempt to break up with him; I was that used to using money to make people happy, or fix problems, or appease my guilt.

I was everyone’s A.T.M.: a bank that was, nonetheless, unconditionally loved. Still, as I got older, it got harder to trust the source of that love.

One of Ms. Spears’s most disturbing claims this week was that she was forced to get an IUD to prevent her from having more children; it was not just her money they wanted to control, but also her body, because in entertainment, for young women, the two are almost invariably intertwined. I’ve experienced my own version of this dynamic. Growing up, my weight was openly discussed by everyone, from family members to Hollywood creatives. I’d grin and bear it, because staying silent — and thin — meant I would get hired again; getting hired again meant people would be proud of me and that I would have the money that was needed to keep the ship afloat.

Again, none of this amounts to the dynamics of control and abuse that we’ve heard about in Britney Spears’s case. But I can see how easy it would have been to slip into those dynamics. In these situations, some kind of damage is invariably done — a stunting of the ability of an individual to grow and make the most basic of decisions, or practice good boundaries. When I finally parted professional ways with my parents, they couldn’t help but feel as if they had done something wrong. But they hadn’t. Money had.

Britney Spears is not the only woman in the public eye who has long been privately controlled, but she may be one of the first women in a very long time to give such a damning public record of it. When I see her giving her testimony now, I can’t help but think back to that bald Britney in 2007, raw in her rage and tired of being everyone’s spectacle. Even now, I can feel the world wanting to turn her recent testimony back into another episode of voyeurism — to champion her once again as our favorite mess.

But as someone who has experienced a small taste of what Britney has gone through, I know that what she has done is a profoundly radical act — one that I hope will ripple through the bodies and bank accounts of women across industries for generations to come. By speaking up, she has reminded us that our autonomy, both bodily and fiscal, is worth fighting for.

We can’t unknow her truth now — as told in her own voice, not a voice that’s been written for her, curated for her, or projected onto her. Now, it’s really up to us to listen.

Amber Tamblyn (@ambertamblyn) is an actress, writer and director.