I can’t remember the exact moment it occurred, but at some point early in my 20-year career in the U.S. Navy, I picked up a survival tactic. It wasn’t a novel technique for handling being stranded at sea or navigating out of a dense jungle in enemy territory; it was how to survive an encounter with American law enforcement.

The maneuver was quite simple: Each time I was pulled over by police officers and they asked for my license and registration, the first thing I gave them was my military ID.

It was no guarantee that the stop would go smoothly, but when you’re a Black man and those swirling blue lights cast a shadow of yourself in the car, it’s wise to stack the odds in your favor as much as possible. The military identification card was a communiqué that I was neither a threat to the officers nor to the society they police. And I have no doubt that the ID card with my uniformed picture and rank on it encouraged nearly all the policemen who stopped me to extend a little more grace.

But watching the video of Army Second Lt. Caron Nazario being pulled over, held at gunpoint, pepper-sprayed, and handcuffed — all while in his military uniform — was a stark reminder that not even a willingness to die for the country can protect you from it.

Seeing chemicals temporarily take Lieutenant Nazario’s sight, tears from pepper spray rolling down his face, I was reminded of the blinding of Isaac Woodard, a World War II soldier who was in uniform and on a bus ride home when he was beaten by police at a stop in South Carolina until his eyes permanently failed.

The ordeal also brought to mind World War I Army Pvt. Charles Lewis, who showed police his enlistment papers when they demanded to search his baggage and was jailed for assault and resisting arrest after arguing with officers about his innocence. That night, 10 days before Christmas, Lewis was lynched by a mob in Hickman, Ky., and the next day, the town found him hanging from a branch in his olive-green Army uniform. 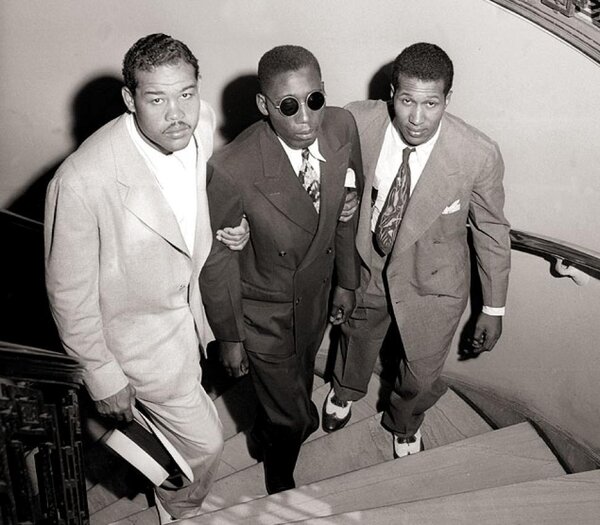 For longer than there’s been a United States, two things have been true: Black Americans have served in all their country’s wars, and racism has prevented them from tasting the fullness of the very freedom many of them died fighting for. In the earliest conflicts, including the Revolutionary War and the War of 1812, Black people escaped enslavement to serve in the military, only to be returned to bondage once the conflicts subsided. The benefits made available to service members and veterans throughout the military’s history, including the early 20th century’s transformational G.I. Bill, were largely withheld from Black Americans who served.

And our enemies knew it. On battlefields from World War I to the Vietnam War, Black troops were peppered with leaflets from enemy forces essentially asking, “Why are you over here fighting us when America is attacking your people at home?” Adversary nations didn’t have to look far for such material; Black Americans have been asking the United States variants of this question for centuries. And we heard it again from Lieutenant Nazario, who asked while being assaulted, “I’m serving this country, and this is how I’m treated?”

The military service of Black Americans has long been part of a deliberate strategy of superlative citizenship, a “twice as good” for civic life and a means of making a direct claim on all the rights and privileges of being an American by taking on one of its important responsibilities. Superlative citizenship draws its power from challenging a national hypocrisy, demonstrating that the country is more wedded to the appearance of holding certain truths as self-evident than to a steadfast commitment to ensure every citizen enjoys the rights that spring from them.

Superlative citizenship is also an explicit counterargument to the racist tropes that have been used to justify why Black people have always experienced a lesser version of America than many others. It asks a stubborn nation how it’s possible that a people historically deemed biologically, intellectually, culturally and socially inferior can be exemplars of the American spirit, performing the excellencies of citizenship even though the nation has not delivered on its promises.

It’s because of the prestige military service confers that few things challenge America’s conception of itself like a Black American in a military uniform. The differing societal statuses attached to race and to service in the armed forces create tension between Blackness and the uniform — the former long perceived as incompatible with being a real American and the latter suggesting the fullest embodiment of it.

Of course, as body camera footage of Nazario’s detainment clearly demonstrates, superlative citizenship exhibited by Black Americans is insufficient to avoid surveillance and violence. This plays out in many ways, large and small, from lethal confrontations to life’s smaller but consequential indignities. While in uniform, I was trailed for more than a half-hour by a department store’s loss prevention employee in the mall across the street from the Pentagon, as if I’d risk my career or my freedom for a polo shirt on clearance. And when telling my graduate class about seeking some sense of safety during a traffic stop by showing my military ID, one of my active-duty Army students told me how he’d tried that once and was quickly told, “That’s not going to help you, boy.”

And yet, though insufficient to stop racial discrimination, the violation of a Black American in uniform can be instrumental. When President Harry Truman learned of Mr. Woodard’s blinding and the violence exacted on other Black veterans, it led him to sign the historic executive order desegregating the military in 1948. Would the nation care about the video of Lieutenant Nazario, causing a cop with poor judgment to be removed from the force, if he hadn’t been a military officer in uniform? Would Lieutenant Nazario even be here to tell his story, or would he have shared the fate of Philando Castile, George Floyd, Daunte Wright and Eric Garner, whom Lieutenant Nazario called his uncle?

Of course, the uniform comes off; race doesn’t. This is why before letting Lieutenant Nazario go after not charging him with anything, according to the lawsuit he filed, the policemen who violently accosted him threatened his career if he spoke out about the stop. The implication was clear: Once the uniform is off and the military ID taken away, he is just another Black dude in America — a sober reminder that to too many people, the uniform matters more than the Black life it clothes.

Theodore R. Johnson (@DrTedJ), a retired Navy commander and a senior fellow at the Brennan Center for Justice, is the author of the forthcoming book “When the Stars Begin to Fall: Overcoming Racism and Renewing the Promise of America.”