Home » Analysis & Comment » Opinion | How to Imagine a Different America 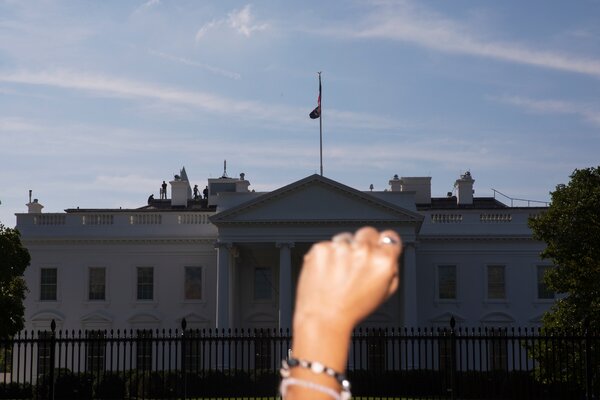 In my column this year, I’ve tried to emphasize the extent to which there are competing traditions — competing notions — of American freedom and republican democracy.

One says that freedom is a matter of noninterference and limited government — that we are free when the state steps aside and individuals are left to flourish, or fail, of their own accord. It says that government, or at least the national government, has no real role to play in shaping our social and economic order and that, as the aphorism goes, “the best government is that which governs least.”

The other tradition takes a more activist view of government and a more expansive view of democracy. It says that economic domination by wealthy, entrenched interests is just as dangerous to liberty as an overbearing government, and that majoritarian democracy is the necessary and essential safeguard against the narrow interests of otherwise unaccountable elites.

To close out the year, I want to highlight one argument from the latter tradition of American democracy, written in the early days of the age of Jackson on behalf of the many against the few.

Thomas Skidmore’s 1829 treatise “The Rights of Man to Property! Being a Proposition to Make It Equal Among the Adults of the Present Generation” begins with a blunt statement of his position. “One thing must be obvious to the plainest understanding; that as long as property is unequal: or rather, as long as it is so enormously unequal, as we see it at present, that those who possess it, will live on the labor of others, and themselves perform none, or if any, a very disproportionate share, of that toil which attends them as a condition of their existence, and without the performance of which, they have no just right to preserve or retain that existence, even for a single hour.”

It is not possible, Skidmore asserts, to “maintain a doctrine to the contrary of this position, without, at the same time, maintaining an absurdity no longer tolerated in enlightened countries; that a part, and that a very great part, of the human race, are doomed, of right, to the slavery of toil, while others are born, only to enjoy.”

Skidmore was not a political theorist. He was, at the time of his writing, a machinist who had taken a prominent role in the newly formed New York Working Men’s Party. He wrote its platform, which included a call for land redistribution to every man and unmarried woman over the age of 21, an end to commercial monopolies and an end to the hereditary transfer of wealth.

Much of that platform came from his book, which takes its title from Thomas Paine’s 1791 work, “Rights of Man.” And like Paine, Skidmore was a universalist who rejected the notion that rights were limited to people of a certain class or station. “There can exist no power whatever to destroy equality of rights, but the power of violence and injustice,” Skidmore writes. “Having been originally equal, they remain so, and nothing but force or ignorance can keep them out of the rightful owner’s possession.”

For Skidmore, following Thomas Jefferson, there could be no liberty without economic independence. But while Jefferson sought the expansion of the United States in an “empire of liberty” whose vast territories would produce a society of independent farmers and agrarian virtue, Skidmore imagined a world in which the state took a leading role in establishing the conditions for meaningful equality. This meant, first and foremost, an end to the accumulation and hereditary transmission of property, which he calls “two great and radical evils” that have “caused all the misfortunes of man.”

His plan was straightforward. The people of New York, to whom he was primarily writing, would adopt a new Constitution that would abolish all debts and renounce most private property. The state would then “order an equal division of all this property among the citizens, of and over the age of maturity, in manner yet to be directed.” Adopting an idea Paine explored in “Rights of Man,” Skidmore also called for the state to provide “a sum paid by monthly or other more convenient installments, equal to their full and decent maintenance, according to age and condition; and the parent or parents, if living and not rendered unsuitable by incapacity or vicious habits, to train up their children, shall be the persons, authorized to receive it.” In short, a universal basic income.

Throughout the book, Skidmore refers, repeatedly, to “all persons” and “all native-born citizens” and he means it. “The same eternal and indissoluble rights, exist for all,” he writes. “The black man’s right to suffrage, being a personal right, is as perfect as the white man’s; and, so also is his right of property.” Women too, he writes, are entitled to the “same right of suffrage” and the same right of property.

Skidmore also questions the right of English settlers and their descendants to claim vast tracts of native land because they happened to make one advantageous transaction hundreds of years in the past: “It has been shown, that the race of Indians then living, had no right to sell, or convey away, that which belonged to those of their kindred, as a nation, who should come after them. For it evidently belonged as much to these latter as to the former.”

Skidmore closes his argument with yet another simple declaration. “It has been shown already, throughout these pages, I trust to the satisfaction of the reader, that title to property exists for all; and for all alike; not because others have been; nor because they have not been; not because they had a certain being for a parent, rather than another being; not because they appear later, or earlier, on the stage of life, than others; not because of purchase, of conquest, of preoccupancy, or what not; but BECAUSE THEY ARE: BECAUSE THEY EXIST.”

Nearly 200 years later, Skidmore’s book still stands as a powerful rebuke to the twin ideas that some Americans are deserving while others are not and that some are more equal than others, to coin a phrase. It also stands out as a striking call for interracial solidarity in a nation segmented by racial hierarchy. Skidmore argued, the legal scholar Aziz Rana notes, “that rather than being political enemies, poor whites shared fundamental interests with black slaves and dispossessed Indians, as each group was confined by existing economic hierarchies to poverty and dependence.”

Whatever you think of Skidmore’s proposals, in other words, his vision of radical democratic equality resonates in the face of our deep and persistent material and political inequality. Skidmore’s life and work are a reminder that freedom is not one single, narrow idea, and that generations of Americans have, from the earliest days of our shared history, imagined a country that was less unequal, more inclusive and freer than the one they had — and the one we have.

The Times is committed to publishing a diversity of letters to the editor. We’d like to hear what you think about this or any of our articles. Here are some tips. And here's our email: [email protected].