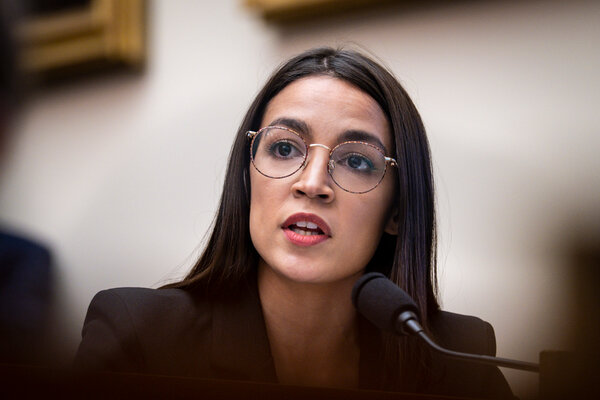 The Republican media universe has long understood that misogynistic attacks against prominent Democratic women are a motivating force for their base.

With Hillary Clinton unlikely to run for public office again and Nancy Pelosi set to retire as House speaker at the end of this term, it comes as no surprise that Representative Alexandria Ocasio-Cortez, a charismatic democratic socialist who refuses to accept corporate money and has proved adept both at communicating leftist policy ideas and at cutting through the rhetoric of her Republican counterparts, would be their next boogeyman.

This will most certainly not be the last set of ridiculous accusations that Ms. Ocasio-Cortez will face. Luckily though for those of us who appreciate leadership unencumbered by corporate ties, it appears that Ms. Ocasio-Cortez is as tenacious as she is talented. While Republicans and their allies in the media do everything they can to smear her, A.O.C. will be working diligently to pass policies that will protect the planet and improve the lives of average Americans.

My Reckoning With Animal Cruelty

Re “The Ugly Secrets Behind the Costco Chicken,” by Nicholas Kristof (column, Feb. 7):

In 1962 I connected the butchering I was doing with what I was eating. Chicken was the first thing to go off my plate, and by 1968 I was a vegetarian, which seems to me a good solution for cruelty to animals.

I live in the city now, with a vegetable garden and three hens. When they die (of natural causes), I’ll bury them. If, as Mr. Kristof notes, the pope is right, I’ll meet them again in heaven (if I’m good enough to get there).

Margaret O’Mara advises Jeff Bezos, the founder of Amazon, to look to John D. Rockefeller, who changed his image from “rapacious” oil baron to philanthropic benefactor through his foundation, and to Bill Gates, who is now seen as a global philanthropist. Mr. Bezos should consider making a difference in the lives of his workers now instead of trying to burnish his reputation after the fact.

Amazon warehouse workers in Alabama are voting on whether to join a union despite Amazon’s (and one has to deduce, Mr. Bezos’s) opposition. Workers have complained of a lack of safety measures during the pandemic with rising rates of Covid infections in Alabama.

Giving money away pales in comparison to treating your workers humanely. It’s time that Mr. Bezos and other beneficiaries of capitalism practice social justice on earth, instead of being focused on outer space and cleaning up their reputations. Charity begins at home.

Policies to Support the Climate

Re “The Difficult Road to a Climate-Focused Policy” (news article, Jan. 22):

Global heating can be reduced by reflecting more of the solar heat back into outer space. This “whitening” of the human footprint can cut in half the heat absorption of asphalt, roofs and agriculture if their colors are lighter.

President Biden’s half million new electric service stations would also have even more impact if they were dual-purpose, serving both battery- and fuel-cell-operated cars.

This way they could recharge both the battery-operated cars that are more likely to be used for short-range daily commuting and could also fill up the fuel-cell-operated long-distance vehicles (including trucks, buses and trains), which must be refilled in minutes and cannot deal with the weight and size of batteries.

Béla Lipták
Stamford, Conn.
The writer is the author of “Post-Oil Energy Technology.”