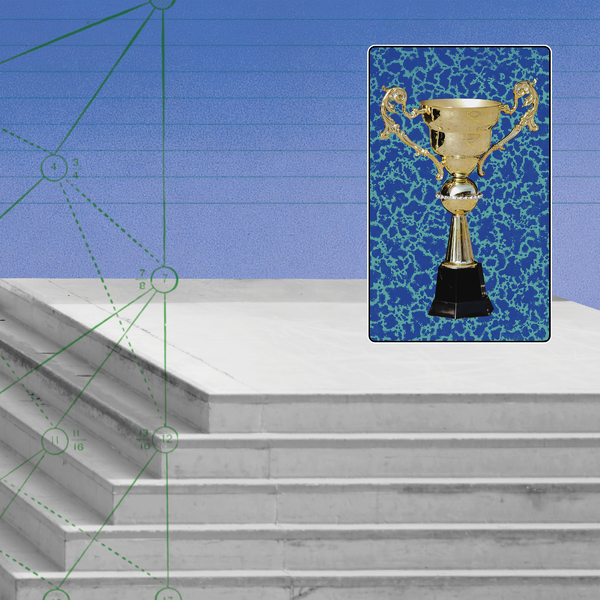 Ms. Nomani is a senior fellow at the Independent Women’s Network and a co-founder of the Coalition for TJ, a group working to promote high admissions standards at Thomas Jefferson High School for Science and Technology, a magnet school in Alexandria, Va.

In 1982, as a 5-foot-0 teen at Morgantown High School in the foothills of West Virginia’s Appalachians, I stepped forward at our annual sports award ceremony to claim an honor: female athlete with the highest G.P.A. A boy named Michael Roh, who won the male athlete award, towered over me at 6-foot-6. He’d been my academic rival since middle school. But on this day, we both smiled. We had both ascended based on hard work and merit.

It was America’s public school system and its culture of meritocracy that allowed me, an immigrant girl from India who arrived at age 4 not knowing a word of English, to become a reporter for The Wall Street Journal at age 23. But now, as my high school classmates and I mark our 40th reunion, a war on merit is raging. We can’t afford to lose this ideal. The price would be too steep for our nation’s competitive place in the world and, more important, for our nation’s kids, who thrive when they are challenged and motivated to work hard and aim high.

Merit demands excellence and rigor. It is not, as its critics often insist, an elitist, classist or racist value. It acknowledges that all kids have talents. Even though talents are not distributed equally, it is our obligation as parents and teachers to nurture each child’s individual spark and make sure that all children have the chance to be the best that they can be. I learned that on the Morgantown High volleyball team. I was never going to make the Olympic team. But Coach Rice encouraged me to understand that the most valiant, healthy challenge is a personal one, to strive to do and be my best.

Merit should never have become a battlefront in the culture wars. I understand the impulse to declare the system rigged when so many children, particularly Black and Hispanic children, have fallen behind academically. But the answer to racial disparities in math and reading scores and advanced academic enrollment is not to blame the game and re-rig it to favor outcomes that please certain political constituencies but do little to make life better for struggling children. The solution is to channel more resources into disenfranchised communities — from the Black urban poor to the white rural poor in my native West Virginia. The solution is not to give up on merit.

To be sure, pursuing merit requires sacrifice. At 37 I became a single mother, leaving The Journal so I could work at home and focus my energy on raising — and educating — my son. I sat cross-legged on the carpet at my son’s elementary school in Fairfax County, Va., reading aloud as a volunteer for Book Café. I coached his Lego League team and cheered his classmates during the annual Spelling Bee. Skilled at math and science, my son was admitted to a magnet school based on race-blind, merit-based admissions tests. Skill alone didn’t get him there. He worked hard at geometry even when, like most kids, he would have rather been conquering Super Mario Galaxy 2.

Merit also requires vigilance. In 2020, our school board announced it was eliminating the school’s entrance exams and adopting new admissions requirements in an effort to increase the diversity of the student body. No one argued against such a basic, noble goal — but many of us had plenty to say about the method. It crushed the kids who had worked hard and sacrificed so much to gain entrance to the school based on merit. I was part of a group including parents, students and alumni that sued to reinstate merit-based, race-blind admissions. (The school board insists the new admissions requirements are based on merit.) A federal judge ruled earlier this year that the changes to the admissions requirements were “patently unconstitutional” and discriminatory to Asian American kids. We are confident we will prevail while the school board appeals the ruling.

Unfortunately, these misguided policies are spreading across the education landscape. In California and Virginia, school districts are moving to decrease the number of D and F grades doled out and implementing “equitable grading,” like making a 50 (instead of a 0) the lowest grade a student can receive and allowing missed deadlines in new “reasonable late work policy” guidelines. School districts in other parts of the country are eliminating academically advanced programs, advanced placement classes and valedictorian honors.

This race to the bottom doesn’t help the young people it sets out to uplift, including students with learning disabilities, people facing socioeconomic challenges and new English language learners.

Finally, merit is contagious. During my time at The Journal, the paper won many Pulitzer Prizes. I took enormous pride in the achievements of my peers, and they inspired me to pursue excellence in my own work at The Journal and now as an advocate for young people.

Michael, my fellow award-winning classmate, went on to be a mechanical and aerospace engineer and Peace Corps volunteer in Kenya. He then became a math and physics teacher at our crosstown rival, University High School. Last year, he won the Yale Educator Award. Merit has gone full circle in the most noble of ways: in service of our youth.

Asra Q. Nomani (@AsraNomani) is a senior fellow at the Independent Women’s Network, and a co-founder of the Coalition for TJ, a group working to promote high admissions standards at Thomas Jefferson High School for Science and Technology, a magnet school in Alexandria, Va.