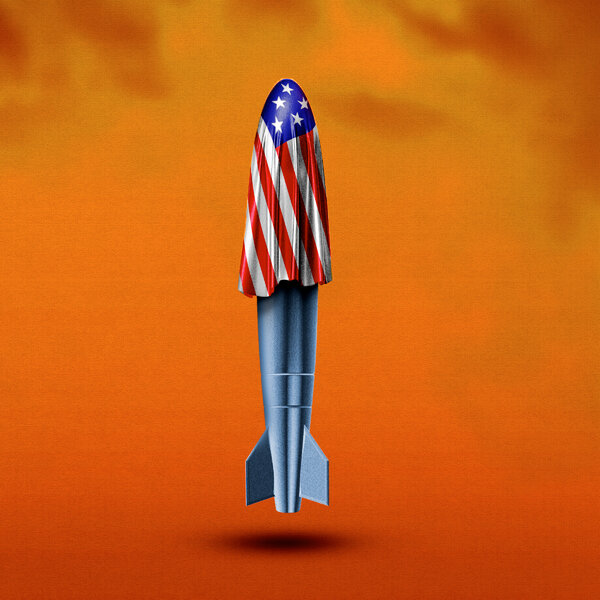 Any honest conversation about the nuclear state of play in the Middle East is dangerous when it soft-pedals or outright minimizes the dangerous prospect of the nuclearization of Iran — an extremist regime that has spent more than 40 years pursuing a set of activities that confound logic, imperil its own prospects and endanger its own citizenry, let alone humanity at large.

This is a regime that has decreased its economic output and instead specialized in an evil export — an unhealthy and ugly obsession with the only Jewish state in the world even as it has contrived new forms of hatred against other ethnic and religious minorities.

These are the very real and verifiable activities that drive the existential concern of Israel. To see this regime now furiously pursuing nuclear weapons should trouble not just Israel but the world at large.

Peter Beinart’s essay is surprisingly naïve. Everyone knows that Israel has nuclear weapons. But there’s a great deal of value in strategic ambiguity about them: It relieves pressure on other governments in the region to develop them and it gives cover for worthwhile antinuclear measures taken against those governments. Peace before truth is a good motto here.

Peter Beinart is spot on. We’ve squandered our credibility as an honest broker in the Middle East. Can you imagine sitting across the table from an Iranian negotiator asking the Iranians to give up their pursuit of a nuclear weapon? It couldn’t be done with a straight face, nor would there be a scintilla of acceptance of such a demand.

Friendship and support do not require us to feign ignorance or lie. It is beneath our dignity and reputation to continue with this charade. The Israelis are proud of their achievement; we should let them come out of the closet. And in so doing, perhaps we can salvage what is left of our reputation.

Fires, Floods and Drought: What Climate Change Has Wrought

I’m so grateful to your paper for the informative and compassionate coverage about local deaths from flooding due to Wednesday night’s storm. In addition to the work needed to address storm drainage and infrastructure updates, I’d like to suggest that a room be set aside in the Capitol with photos of those who have died in fires, floods and droughts over the past year.

Let it serve first as a tribute to people and wildlife who have perished, but also as a reminder or conscience for those in government who have turned a blind eye to climate-related facts for decades. Legislators exist to act, not shirk responsibility.

Missed opportunities: That’s what climate change signifies to me, with innocent people paying the price.

California fires. Colorado drought. New Orleans flooding. Supersaturated land across the Northeast. When water is in the wrong places, can we move it?

Over 2,000 years ago, the Romans built aqueducts to move water to cities. Oil companies build pipelines to transport oil and natural gas thousands of miles. Why not build long-distance pipelines to move water to where it is needed from where it is not needed? The externalities (flood relief/prevention, fire protection, possible coastline protection, lower flood and fire insurance rates) help justify the cost.

We Need a Vaccine for Kids Now

Re “An Intolerable Wait for a Kids’ Vaccine,” by Michelle Goldberg (column, Aug. 31):

We strongly support the ideas put forth by Ms. Goldberg. It is essential that children return to school both for their and their parents’ well-being. For elementary age students, virtual learning is not a viable option. They need a teacher’s attention, and they need the socialization skills acquired in the classroom situation.

As grandparents of three wonderful grandchildren, one of whom is too young to qualify for the vaccine, we wonder each day if she will contract the virus in school. The F.D.A. has the ability to grant emergency approval. It should do that immediately.

I have loved college football ever since I was a kid growing up in the South, but I fear the South’s hubris concerning Covid-19 and the Delta variant may exact a high price through the college and pro season. Packed stadiums that don’t enforce mask rules or proof of vaccinations are all but begging to be superspreader events.

Are the football conferences so determined to have packed stadiums that they are willing to put fans’ health in jeopardy? A few college and pro teams have opted to require masks and proof of vaccinations, but the great majority have not. We can all cross our fingers that nothing happens, but is that truly enough?

Before Abortion Was Legal

In 1966, when I was a junior in college and abortion was not yet legal, a student on my floor asked if I had a boyfriend. When I nodded, she took me to a nearby dorm and introduced me to a classmate I’ll call C.S.

The List held the names of doctors in New York City, and the surrounding area, who performed safe abortions. Luckily, I never needed The List. But over the years, I met a number of women who weren’t so lucky, including one who nearly died after a botched abortion.

Is this what we’re facing again? Women who have access to good medical care, who know they are pregnant early on and might obtain an abortion by pill, could be all right. But as we agonize over the future for women in Afghanistan, I’m equally ashamed — and furious — to live in a country where women may lose control over their reproductive lives.