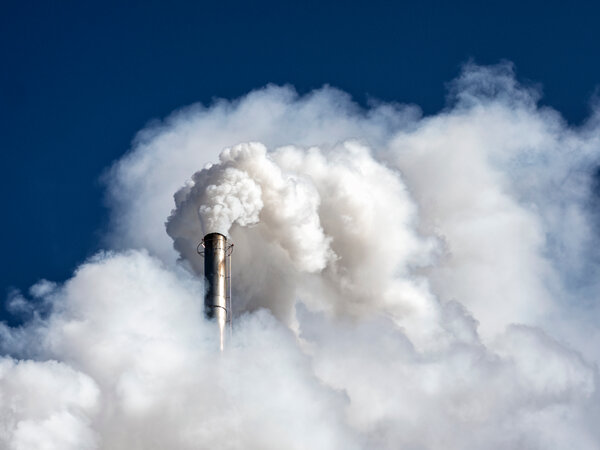 Global warming is fake news. Anyway, it isn’t man-made. And doing anything about it would destroy the economy.

Opponents of action against climate change have always relied on multiple lines of defense: If one argument for doing nothing becomes unsustainable, they just retreat to another.

That’s what we’re seeing now, as conservatives argue against the Biden administration’s push for climate-friendly public investment. As it happens, this push is taking place against a background of unprecedented heat waves, huge forest fires, severe drought in some places and catastrophic flooding in others — phenomena that scientists have long warned would become more common as the planet gets hotter.

Given these events, as The Times recently reported, Republicans have toned down their climate denial — in some cases pretending that they never denied the science in the first place. Thus Senator James Inhofe, author of 2012’s “The Greatest Hoax: How the Global Warming Conspiracy Threatens Your Future,” is now claiming that he never called climate change a hoax.

If past experience is any guide, this new willingness to accept the reality of global warming won’t last; the next time America has a cold snap, the usual suspects will go right back to denying climate change and attacking scientists. For now, however, they’re focused on the immense economic damage that, they claim, will result if we try to limit emissions of greenhouse gases.

So let me offer four reasons not to believe a word they say on this subject.

First, the U.S. economy has consistently done better under Democratic presidents than under Republican presidents — a pattern so strong that even progressive economists admit that it’s puzzling. Whatever the cause of this partisan disparity, a party devoted to the zombie doctrine that tax cuts solve all problems has no standing to lecture us on what’s good for the economy.

Second, there is a remarkable inconsistency between conservatives’ expressed faith in the power of private initiative and their assertion that climate policies will paralyze the economy. Businesses, the right likes to tell us, are engines of innovation and adaptation, rising to meet any challenge. Yet somehow the same people who laud private-sector creativity insist that businesses will shrivel up and die if confronted with new regulations or emission fees.

In fact, a number of studies have shown that government projections of the effects of new environmental or safety regulations consistently overestimate their costs, precisely because businesses respond to new rules and incentives by innovating, finding ways to reduce compliance costs. And industry projections of the adverse effects of regulation are far worse, typically overstating the costs to a ludicrous degree.

Consider the case of Britain, where modern economic growth began. British emissions of carbon dioxide have been falling for half a century, despite a growing economy. On a per-capita basis, Britain’s CO₂ emissions are back down to what they were in the ’50s — the 1850s, when real G.D.P. per person was only about one-ninth what it is today.

Finally, Republican insistence that we must remain dependent on fossil fuels is especially strange given huge technological progress in renewable energy — progress so remarkable that the Trump administration tried to force power companies to keep using coal, which is no longer competitive on cost. Improved technology means that climate action looks far easier now than it did in, say, 2008, when John McCain called for a cap on greenhouse gas emissions, a position that would be disqualifying for anyone seeking the Republican presidential nomination today.

Of course, these facts won’t change Republican minds. It’s painfully obvious that politicians opposing climate action aren’t arguing in good faith; they’ve effectively decided to block any and all measures to ward off disaster and will use whatever excuses they can find to justify their position.

And money is surely part of the story. But I now think there’s more to it than that. Like pandemic policy, where the G.O.P. has effectively allied itself with the coronavirus, climate policy has become a front in the culture war; there’s a sense on the right that real men disdain renewable energy and love burning fossil fuels. Look at the dishonest attempts to blame wind farms for Texas blackouts actually caused by freezing pipelines.

In any case, what you need to know is that claims that taking on climate change would be an economic disaster are as much at odds with the evidence as claims that the climate isn’t changing.