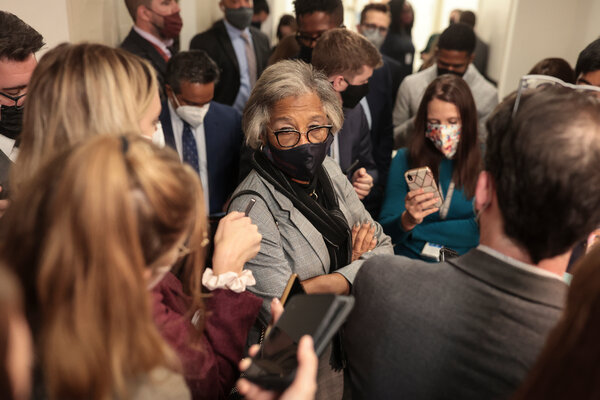 While a warning shot crossed the bow of Democrats on Election Day, the long-delayed passage of their $1.2 trillion infrastructure bill provides them a good running start for the 2022 midterms.

Every Republican save 13 voted no: no to fixing bridges and ports, no to filling potholes, no to bringing broadband to rural communities, no to clean water and fighting climate change and the list goes on and on. Of course, these Republicans will show up for every ribbon-cutting and shovels in the ground photo op in their districts.

Local Democratic candidates and officials should call them out for their hypocrisy. They put embarrassing Joe Biden before improving the lives of their constituents, and that will be remembered in November 2022.

I was shocked to read the headline “Democrats Pass a $1 Trillion Plan for Public Works.” Lost is the fact that this bill passed with the support of 13 Republicans, without whom President Biden’s signature bill would likely have failed. This astonishingly rare example of congressional bipartisanship should be widely celebrated and not omitted from the lead headline. To suggest that it was Democrats alone who passed this into law is misleading at best.

We all have a role to play in repairing the deep divisions that exist between Americans, especially those who have great influence.

Mary Himes
Cos Cob, Conn.
The writer is a founding member of BigTentUSA and is married to Representative Jim Himes, a Democrat.

Am I the only constituent actually proud of the what the Democrats have accomplished? So much emphasis is falling on the schisms within the party and its drubbing in the recent election that an unprecedented and desperately needed investment in infrastructure seems to have gotten lost in the shuffle. When did $1 trillion become a footnote?