No one would ever design a legislative body that worked this way. 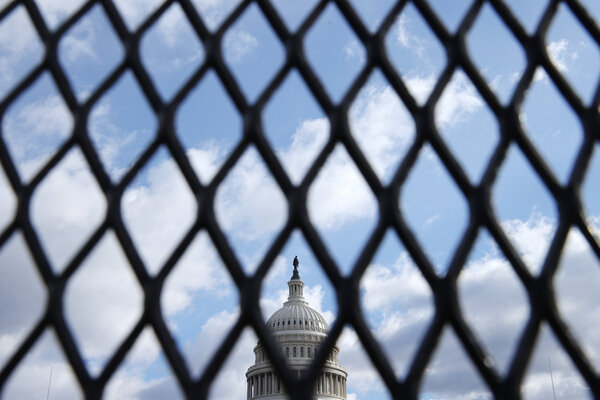 This week, congressional Democrats advanced a budget resolution — the first step in using the filibuster-proof budget reconciliation process to pass President Biden’s $1.9 trillion fiscal rescue plan. I recognize that is not the most thrilling start to a column. But now that Senators Joe Manchin and Kyrsten Sinema have pledged their undying fealty to the filibuster, the budget reconciliation process is where Biden’s agenda will live or die. Oy, is that depressing.

Budget reconciliation reveals the truth of how the Senate legislates now. To counter the minority’s abuse of the filibuster rule, the majority abuses another rule, ending in a process that makes legislation systematically and undeniably worse. The world’s greatest deliberative body has become one of its most absurd, but that absurdity is obscured by baroque parliamentary tricks that few understand.

“Budget reconciliation.” It sounds sober, important and official. But it’s farcical — or it would be, if the consequences weren’t so grievous.

It’s understood, by now, that the filibuster has mutated into something it was never intended to be: a 60-vote supermajority requirement on almost all legislation considered by the United States Senate. I have made my case against the filibuster in detail before, and I won’t repeat it here. Suffice to say, in a closely divided Senate, with highly polarized parties, it’s almost impossible to get 60 votes on major legislation. But there’s a workaround, and that workaround is getting both wider and dumber.

The budget reconciliation process was created in the Congressional Budget Act of 1974. It was an afterthought: an optional process to let Congress quickly clean up its spending plans so they matched the budget. No one even used it until 1980. But as the Senate was stalled by more frequent filibusters, clever legislators realized that the budget reconciliation process was immune to the filibuster, as it was limited to 20 hours of debate, and all kinds of bills could be routed through it.

In response, Senator Robert Byrd persuaded his colleagues to pass new rules to ensure budget reconciliation remained true to its original purpose. These rules, formally enshrined in the Budget Act in 1990, impose a series of tests on budget reconciliation bills. The most consequential are that every individual provision of the bill must alter taxes or spending, and not in a “merely incidental” way; the bill cannot increase deficits after the budget window, which is usually around 10 years; and the bill cannot muck with Social Security. Any senator can challenge any provision of any budget reconciliation bill for violating these rules. The parliamentarian then rules on the question, and if the parliamentarian rules for the challenger, the provision is struck from the bill. (The Senate can choose to ignore the parliamentarian, just as they can vote to change any Senate rule. That hasn’t happened yet where budget reconciliation is concerned, but it may soon. More on that later.)

Byrd’s reforms didn’t work as he intended. The problem of the filibuster demanded a solution, and even covered in “Byrd droppings,” budget reconciliation was the closest thing to an alternative. The Byrd rules didn’t prevent non-budgetary legislation from being passed through reconciliation, but they did make that legislation worse, and weirder, and the Senate has simply decided to live with the ridiculous results, and make the rest of us live with them, too.

President George W. Bush’s tax cuts, for instance, were designed to expire — expire! — after 10 years because otherwise they would have increased deficits after 10 years, and so been ineligible for reconciliation. President Donald Trump’s tax cuts employ the same trick. This is a legacy of budget reconciliation: Massive chunks of our tax code are just set to disappear at an arbitrary point in the future, and what happens then is anybody’s guess.

Even worse is the way budget reconciliation quietly decides which kinds of problems the Senate addresses, and which it ignores, years after year. Both House and Senate Democrats have said that their first bill will be the “For The People Act,” a package making it easier and safer to vote, and weakening the power big donors wield in politics by matching small donor donations at a 6:1 rate. But the “For The People Act” can’t pass through the budget reconciliation process, so it’s a dead letter.