Home » Analysis & Comment » Opinion | This Is Why Peter Meijer Lost? 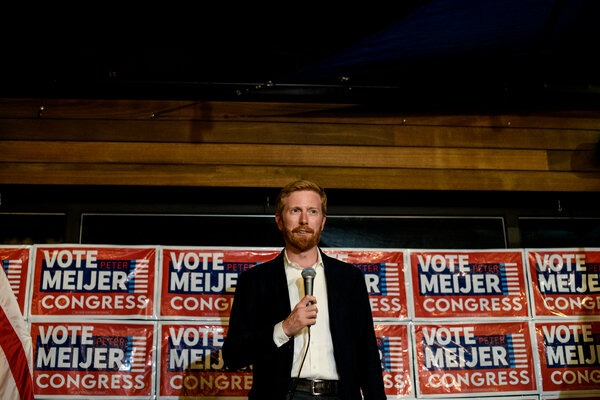 Ms. Miller is a staff writer and editor in Opinion.

Last year Peter Meijer, the Michigan representative who voted to impeach Donald Trump and just lost his re-election primary over it, shared a nightmare hypothetical that illustrates a central tension in American politics.

“China invades Taiwan,” he said in a podcast interview. “We send the Seventh Fleet to intimidate them, and it’s the summertime, and all of a sudden, the power goes out in Phoenix and people are baking to death in their house, and the Chinese say we can turn the power back on if you turn that fleet around.” This would suddenly make cybersecurity the most resonant issue in America. But putting this scenario in perspective, he said, “if you were to poll the public, cybersecurity wouldn’t even register in the top 50 issues.”

The same is true, he argued, about the politics of political violence: It is a vital concern that you can’t run a winning campaign on. “I think Jan. 6 should have been a warning sign,” Mr. Meijer said. “It should have been, ‘This is a taste of what could come if we keep going down this path.’ Instead, it becomes something that you can justify, that you can reconcile.” But, he pointed out, voters did not see Jan. 6 and political violence as a top concern for their everyday lives.

The political liabilities of certain issues — climate change, some national security problems, public health and, more topically, protections for the democratic process — lie low and fade into the everyday, but when they become acute, they turn all-encompassing. The peaceful transition of power is not a problem unless it actually is a problem, and then it’s the only problem.

The political incentives for elected officials and candidates to deal with existential problems are totally busted. Many people came together this week to ensure Mr. Meijer would not return to Congress in 2023 and would instead be replaced on the ticket and possibly in Congress by John Gibbs, who has said the 2020 election results are “mathematically impossible.”