Home » Analysis & Comment » Opinion | Your Pandemic Puppy Was Not a Mistake 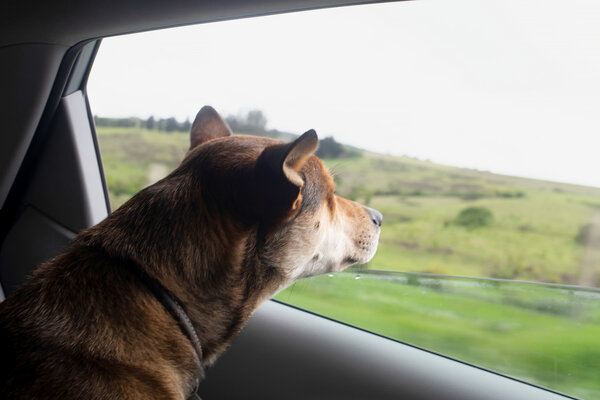 Ms. Renkl is a contributing Opinion writer who covers flora, fauna, politics and culture in the American South.

NASHVILLE — It was a Saturday night, close to midnight, when the weird little cough erupting from our dog Rascal’s mouth stopped being a cough and turned into dramatic hacking. My husband and I looked at each other.

That emphasis on think, that small note of uncertainty, made me reach for my shoes. My husband can never entirely shake his rural roots. If you had tried to open an emergency veterinary clinic in small-town Georgia during the 1960s, people would have collapsed with laughter. The fact that he was even considering a midnight trip to the vet meant Rascal needed to go to the vet. That very minute.

At the clinic, though, every parking spot was taken. I poked my head in the door: “How long is the wait?”

Behind the front desk, a staffer sighed. “Hours and hours,” she said.

We took Rascal home. What else could we do?

It’s difficult to find veterinary care nearly everywhere right now, even when it isn’t an after-hours emergency. During the first year of the pandemic alone, Americans adopted new animals in record numbers: An estimated 23 million households brought home a new pet that year. But there aren’t enough veterinarians to care for all these new family members.

In many places, longtime clients can’t get an appointment for weeks, new pet owners are out of luck altogether, and people often take out their frustration on the clinic staff. As Sarah Zhang notes in a comprehensive explanation of the crisis for The Atlantic, the stress of this situation has driven veterinarians and vet techs out of the field in droves.

We were lucky. Our longtime clinic recently hired a new vet, so we were able to get an appointment for Rascal the week after our fruitless emergency trip. His hacking, it turned out, was caused by allergies; doubling up on his medication took care of it.

But add the difficulty of finding veterinary care to the already considerable cost and inconvenience of pet ownership, and for some people that pandemic puppy was already starting to look like a mistake. Then office life returned more or less to normal, and suddenly they were also dealing with the separation anxiety of animals accustomed to the constant companionship of people working remotely.

All of which is why the media ran a glut of reports last year about pandemic pets being returned to shelters. There were so many alarmist stories that the A.S.P.C.A. released the results of a reassuring survey that found that 90 percent of dogs and 85 percent of cats adopted during the pandemic were still in their homes a year later.

Now there’s a new rash of stories from places like Chicago and New York— and even Portland, Maine — where the housing crisis has hit especially hard. When there aren’t enough places to live, finding a pet-friendly apartment is even harder. And when prices skyrocket, people already living on the edge may not be able to afford the expense of a pet. It’s no wonder that shelter officials are dealing with a new round of animal surrenders: In one New York City pet shelter system, surrenders are up almost 25 percent over last year.