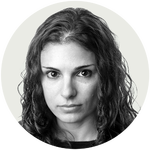 We’re covering a global vaccine drive that kicked off with a shipment to Ghana, how President Bashar al-Assad is mired in Syria’s economic crisis and Japanese animators living in poverty. 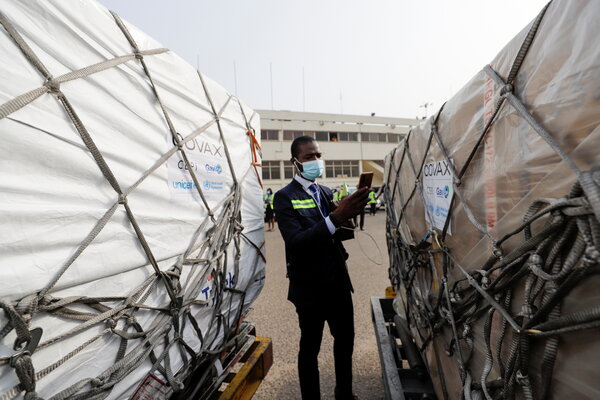 The program, called Covax, has a goal of delivering two billion free doses of Covid-19 vaccines to 92 low- and middle-income countries this year, which officials said would make it the largest vaccine procurement and supply operation in history.

Context: Many public health officials have criticized the unequal distribution of vaccines as wealthy nations have bought up tens of millions of doses for their populations. At least 44.5 million Americans, for instance, have already received a shot. The Ghana shipment of 600,000 doses covers just 1 percent of the population.

President Emmanuel Macron of France has called for Europe and the U.S. to send up to 5 percent of their vaccine supplies to developing nations. The doses of the AstraZeneca/Oxford vaccine sent to Ghana were produced by the Serum Institute of India.

Johnson & Johnson’s one-shot vaccine provides strong protection against severe disease and death from Covid-19, and may reduce the spread of the virus by those who have been vaccinated, according to new analyses by the U.S. Food and Drug Administration, which could authorize the vaccine in the U.S. as early as Saturday.

Deaths in Japan fell for the first time in more than a decade, a jarring contrast to the huge tolls suffered by many countries. Data suggests that measures taken to control the virus may have also curbed the spread of other illnesses.

Israel has pledged to give spare coronavirus vaccines to some foreign allies, reigniting a debate about its responsibilities to Palestinians living under its occupation.

New curriculum guidelines unveiled by Hong Kong’s government have an ambitious aim: to use history to instill in the city’s youngest residents a deep affinity for and loyalty to mainland China.

The new lesson plans are part of a vast campaign to teach future generations a curated lesson about Hong Kong’s past. The effort by the government also includes a $100 million project to write a 66-volume chronicle of the city.

Critics say the new curriculum guidelines are a misleading and dystopian campaign to shape young minds and turn history into pro-China propaganda.

Context: When antigovernment protests swept Hong Kong in 2019, pro-Beijing officials blamed the education system for promoting liberal values. Since then, Beijing has imposed a strict set of restrictions on the city in its efforts to quash dissent.

Syria’s economic meltdown has hobbled the reconstruction of destroyed cities, impoverished the population and left many struggling to get enough food. And President Bashar al-Assad has offered few solutions.

In a private meeting with Syrian journalists last month, Mr. al-Assad blamed a range of forces for Syria’s woes, including world capitalism and “brainwashing” by social media. But he offered no concrete steps to stem the crisis.

As the 10-year anniversary of Syria’s civil war looms, the economy is worse than at any time since the war began. The meeting offered a rare, unvarnished look at a leader who seemed out of touch.

Related: A German court convicted a former officer in the Syrian secret police of aiding and abetting crimes against humanity, in a case hailed as a landmark by rights groups.

The poverty of Japanese animators

The global market for Japanese anime reached an estimated $24 billion by 2019, and the pandemic has only increased demand. But many of the workers who help create the shows make as little as $200 a month, and under grueling working conditions. Above, Tokyo’s Akihabara district, a center of anime culture.

Studios can pay low wages because there are so many young people passionate about anime who want to work in the business. “There are a lot of artists out there who are amazing,” said a translator who works in the industry, so the studios “have a lot of cannon fodder.”

Tiger Woods: The golfer was “awake, responsive and recovering” after surgery for injuries to his right leg sustained in a single-car crash. He was said to have been driving at a “greater speed than normal” when the crash occurred.

China women: A divorce court ordered a man to pay his wife more than $7,700 in compensation for the housework she did during their marriage. The landmark decision prompted a fierce debate, with many saying the sum was inadequate.

Australia: A woman filed a formal police report against a former government employee who she said raped her in 2019. Since she went public, three other women have come forward about the same man.

Israel: A memoir by the daughter of Amos Oz, one of Israel’s most celebrated authors, who died in 2018, has shocked the country with allegations of physical and emotional abuse. Other family members have defended him.

From Opinion: Our video team was able to produce a short film from inside a Covid-19 ward in Arizona, thanks to nurses who wore body cameras and who spoke candidly about the trauma and burnout of battling the pandemic.

Snapshot: Above, Pete Lee, a filmmaker, directs a shoot in Texas over Zoom while in quarantine in Taipei, Taiwan. He is one of many air travelers around the world who have found themselves enduring mundane hotel quarantines because of government restrictions.

What we’re reading: The Polk Awards, the prestigious journalism honors, announced its winners, which were dominated by work about the pandemic. You can read some of the winning stories here.

Cook: This easy, crispy fried rice gets a lot of its brawny richness from just a small amount of bacon, while the cabbage lends sweetness.

Read: “Klara and the Sun,” Kazuo Ishiguro’s eighth novel, is narrated by Klara, a humanoid machine who has come to act as a companion for 14-year-old Josie.

Do: Exercise vs. diet? A new study finds that what we eat may be more important than how much we move when it comes to fighting obesity.

We can help you unwind. At Home has our full collection of ideas on what to read, cook, watch, and do while staying safe at home.

The new hubs of pop music

By many measures, Bad Bunny, the Puerto Rican reggaeton performer, is the world’s biggest pop star. And he’s part of a larger shift: the diversification of pop stardom. A realm that’s historically been dominated by English-speaking acts — like the Beatles, Michael Jackson and Mariah Carey — no longer is.

“A growing number of the biggest pop stars in the world are from outside the traditional capitals of the continental U.S. and U.K.,” Lucas Shaw of Bloomberg writes. According to Bloomberg’s most recent Pop Star Power rankings — based on album sales, digital streams, YouTube views and more — five of the 25 biggest current pop stars are from Puerto Rico. Another seven are from Colombia, India or South Korea. YouTube is another place where English-speaking acts are losing their dominance, as Tim Ingham writes in Rolling Stone.

In part, the trend reflects the global popularity of Latin music like reggaeton, and of Korean music, notably K-pop. The band BTS, for example, held a two-day online concert event in October that sold nearly a million tickets across almost 200 countries, Variety reported.

The trend also reflects the growth of the world’s consumer markets, like India’s. When we checked the YouTube ranking yesterday, six of the top 10 artists on YouTube’s global charts were from India; the others were from Puerto Rico, Colombia or South Korea.

Thank you
To Theodore Kim and Jahaan Singh for the break from the news. Sanam Yar wrote the Back Story. You can reach the team at [email protected]

P.S.
• We’re listening to “The Daily.” Our latest episode is the second of two episodes on Covid in New York’s nursing homes.
• Here’s our Mini Crossword, and a clue: Wild party, slangily (five letters). You can find all our puzzles here.
• Top executives at The Times are calling for more workplace diversity following a report based on interviews with more than 400 employees.