We’re covering new restrictions as Asia and Australia battle the Delta variant, and how rebels took back Tigray’s capital. 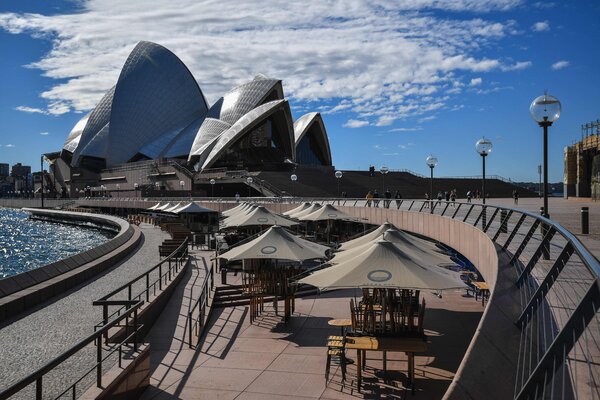 A new cycle of lockdowns in Asia

Countries across the Asia-Pacific region with slow vaccination campaigns are scrambling to slow the spread of the more infectious Delta variant of the coronavirus by resorting to a new round of restrictions.

Bangladesh and Malaysia are ordering residents to stay home, with Bangladesh sending soldiers to patrol the streets to ensure that no one is out. In Australia, the authorities have put into effect strict lockdowns in Sydney, Brisbane, Perth and Darwin.

Weary residents are getting frustrated, having already gone through several lockdowns, in some cases. “My restaurant is known for its hospitality and shared dishes, the antithesis of social distancing,” said one restaurant owner near Kuala Lumpur. For his business, this lockdown “might be the last straw,” he said.

Context: Studies have shown that Covid-19 vaccines are still largely effective against the Delta variant, though protection is significantly lower for those who are partially vaccinated. “If we were able to get a really high vaccination rate, that changes the game completely,” said an epidemiology expert in Melbourne.

India’s Maharashtra state is training thousands of health workers in how to care for children with Covid-19, Reuters reports, as a first line of defense for new surges.

Broadway took its first steps back with the return of Bruce Springsteen’s show. The rebound promises to benefit not just theater workers but also hotel clerks, bartenders, taxi drivers and workers in the many industries that rely on theater traffic.

Eight months after the Ethiopian Army attacked the region of Tigray, the civil war has taken a turn: Tigrayan fighters are retaking control of the regional capital, Mekelle. Residents celebrated in the streets. Here are the latest updates.

The rebel forces have indicated they have little appetite for a truce. Senior rebel members said they would continue to fight and were ready to pursue Eritrean forces, who have joined the Ethiopian troops, on their territory.

The dramatic turnaround was a blow to Prime Minister Abiy Ahmed, who launched an offensive last November that he promised would be over in the span of weeks. The war now looks as if it could drag on, after eight months of violence in which Eritrean troops have been accused of atrocities.

Turning the tide: The war began with Tigrayan forces clearly on the defensive. Yet the rebels have managed to regroup. In addition, the invasion and human rights abuses have driven large numbers of recruits into the group’s arms.

The toll: Almost two million people have been displaced from their homes. The region is facing a long list of crises including lack of water and education, and a famine in which millions face hunger.

U.S. general sees a risk of civil war in Afghanistan

The commander of the U.S.-led mission in Afghanistan, Gen. Austin Miller, warned that the country could be on a path to chaotic, multisided civil war as U.S. and international troops prepare to leave in the coming weeks.

“Civil war is certainly a path that can be visualized if it continues on the trajectory it’s on,” Miller said during a rare news conference in Kabul. “That should be a concern for the world.”

He did not offer a timeline for when the withdrawal would be complete, but said it was reaching a point where he would soon end his command, which began in September 2018.

In Washington, the House of Representatives voted to speed up a process that would allow the thousands of Afghan people who worked with the military to immigrate to the U.S. Many worked as interpreters, engineers and security guards, and were put in danger because of their cooperation.

Kabul airport: Negotiations are underway between the U.S. and Turkey about continuing to secure the civilian airport as the Taliban advance. If no agreement is reached, aid groups could be cut off from Afghanistan, and plans to maintain a U.S. embassy in Kabul as well as other diplomatic missions will most likely be cast aside.

South Africa’s highest court ordered the imprisonment of Jacob Zuma, the former president, for 15 months on contempt charges after he defied an order to appear before a corruption inquiry.

As Hong Kong marks one year since Beijing imposed a national security law, the very texture of daily life in what was once an oasis of civil liberties is under assault.

The U.S. Northwest is still baking under the heat, but a wave of ocean air provided some relief. Portland, Ore., reached 116 degrees (47 Celsius) on Monday. Temperatures are forecast to climb into the upper 90s there on Tuesday.

A federal judge in the U.S. dismissed antitrust suits against Facebook that were brought by the Federal Trade Commission and more than 40 states, a victory for the company.

A right-wing Hindu group in India filed a complaint against Twitter over a map of India on the company’s website that depicted regions like Jammu, Kashmir and Ladakh outside of the country, Reuters reported.

England triumphed against Germany to make the UEFA Euro 2020 quarterfinals.

On the second day of Wimbledon, Ashleigh Barty beat Carla Suarez Navarro, and Venus Williams won her match. Roger Federer won his first round after Adrian Mannarino retired for an injury.

New York’s dining scene has been transformed by the creative outdoor table setups made necessary by the pandemic. But as the outbreak wanes and rules loosen, how does the city keep the romance alive? Our food critic has some answers.

In 1897, invading British soldiers stole thousands of artifacts from the Kingdom of Benin, today part of Nigeria. In Britain, the events are known as the Punitive Expedition. In Nigeria, they are known as the Benin Massacre, because of the residents whom British forces killed.

Activists, historians and royals in Nigeria have called for the return of the art, but museums resisted, arguing that their global collections served “the people of every nation.”

As Europe confronts its colonial history, though, some institutions are changing their position. Germany has said it will return a substantial number of Benin Bronzes (as the items are known) next year, and the National Museum of Ireland plans to return 21 objects. The works will probably go to a new museum in Benin City, scheduled for completion in 2026.

For many Nigerians, the partial return doesn’t go far enough. The looted objects “form part of the bedrock of the identity, culture and history of Benin,” Ruth Maclean and Alex Marshall write in The Times.

This vegetable tabbouleh with chickpeas requires no cooking, other than boiling water to soak the bulgur wheat. Use it as a main, a side for fish and meats, or a picnic dish.

Quentin Tarantino turned his most recent film, “Once Upon a Time in Hollywood,” into a pulpy page-turner.

Stevie Wonder, Mahalia Jackson, Mavis Staples and others shine in “Summer of Soul,” a documentary about the 1969 Harlem Cultural Festival.

P.S. Christina Goldbaum, a reporter on the Metro desk who has reported from East Africa, is joining our Afghanistan team.

The latest episode of “The Daily” is about the building collapse in Miami.

Claire Moses wrote the Arts and Ideas. You can reach Melina and the team at [email protected].