“Halfway through the first quarter in 2020 when COVID was shutting everything down, apparel and footwear really slowed down, but we gained that back,” Ken Hicks, chairman, president and chief executive officer of Academy, told WWD. “The good news is because we stayed open during the pandemic, we were able to understand what was selling and wasn’t selling so that enabled us to place the [right] orders for the first quarter.”

In an interview Tuesday, just after the company reported a swing into profitability off a first-quarter sales increase of 39.1 percent, Hicks said apparel and footwear were the two strongest categories in the period ended May 1, with apparel up 80 percent from the year-ago quarter and 38 percent above the 2019 quarter. Footwear was up 58 percent last quarter and up 23 percent from the 2019 quarter.

He also cited soccer equipment and racquet sports as strong, as well as football equipment because of spring football, and watersports. Outdoor cooking and outdoor furniture performed well, and sales grew as the weather warmed up last quarter.

After installing home gyms last year, “People are continuing to build them out, buying more weights or a second piece of equipment,” Hicks said, adding, “Bikes have been strong, particularly adult bikes. We sold out of all our bikes, but they’re back in stock now.”

The Katy, Tex.-based retailer reported net income of $177.8 million for the first quarter, compared to a loss of $10 million in the year-ago period. Pro forma adjusted net income, which excludes the impact of certain non-cash and extraordinary items, increased from $0.4 million to $182.5 million.

Net sales of $1.58 billion were a first-quarter record for the company. Comparable sales increased 38.9 percent. Sales grew 46.8 percent compared to the first quarter of 2019.

It’s clear that Academy has benefited from the shift in consumer spending into sports and outdoor categories, people taking up hobbies during the stay-at-home pandemic lifestyle, and from its broad, value-oriented assortment, as well as government-issued stimulus checks.

But it’s possible the company could have done even better were it not for some merchandise shortages, which continue in some areas. 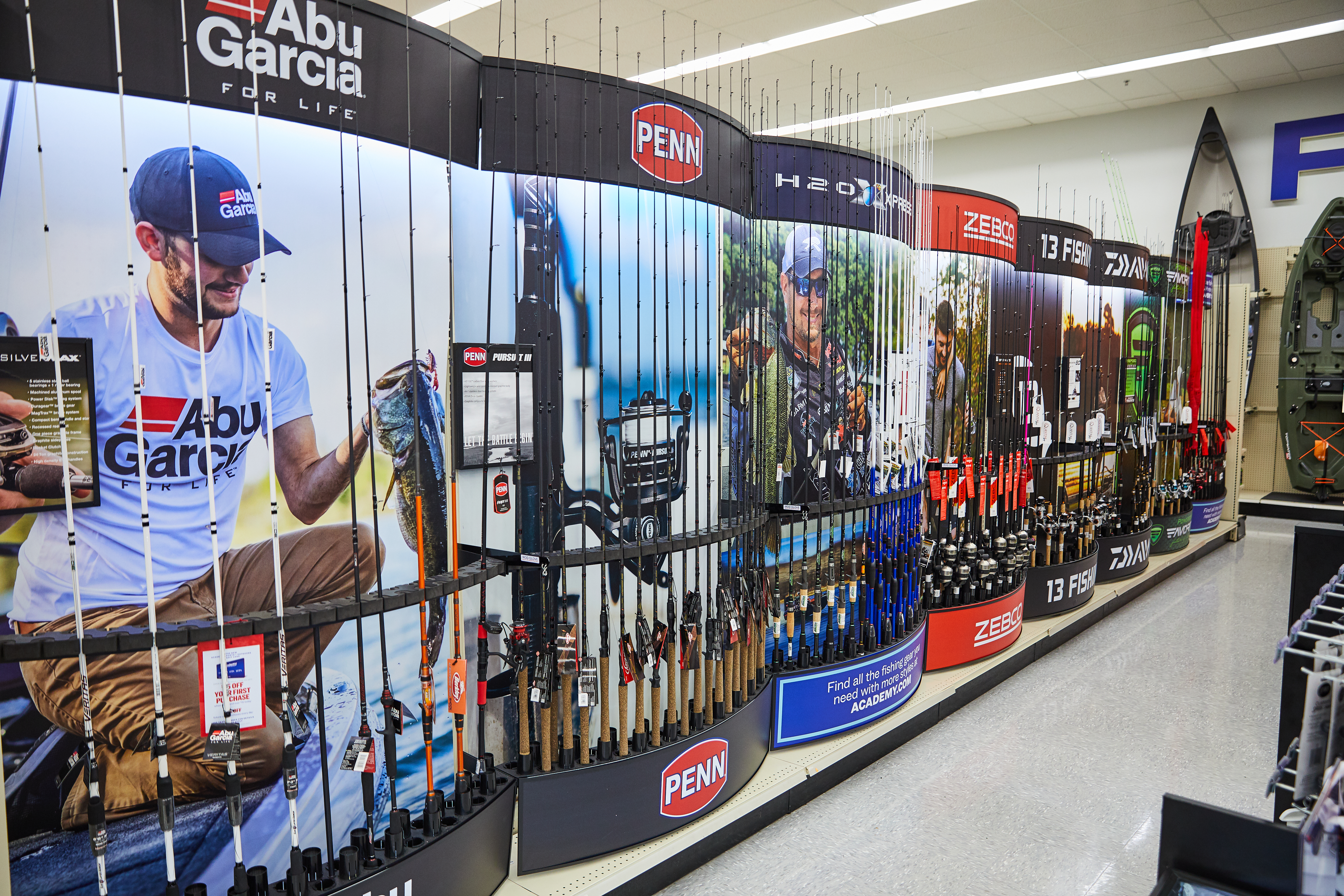 “Across all of the hard goods we don’t have all of the presentation we want,” said Hicks. “We don’t have all of the bicycles we want. It’s the same with exercise equipment. The biggest shortages are in guns and ammunition.” But apparel and footwear is not in short supply, Hicks said, and the company is still generally satisfied with its inventory levels, but would have wanted more in some categories.

Entering into 2021, Hicks said there was some question about whether consumers would stick to the hobbies they picked up on during the stay-at-home COVID-19 lifestyle. “It appears for the most part they are.”

Hicks also discussed strategies Academy is employing to sustain its momentum. He said that in certain categories, the company is stepping up on price point, including selling more expensive bats and balls, and sleeping bags, including recently introducing North Face sleeping bags at $100 whereas before the offering centered on private label bags at $40. Ellipticals at $1,100 are offered, whereas before the top price was $600.

“I feel good about back-to-school. We actually call it back-to-sport,” Hicks said.

For Academy, which operates 259 stores in 16 contiguous states, back-to-school starts in the middle of July and runs through the end of August. The retailer operates stores that go as far north as Missouri, Kansas, southern Ohio and Indiana.

Academy’s newest stores have updated formats, with a more open layout, better adjacencies and allocation of products, and a lot more visuals including fishing reel bars, and collaborating with vendors on presentations, Hicks said. “If you go through our stores, we really highlight the merchandise and show what’s best.”

New stores are 62,000 square feet, compared to 70,000 in the old format. “We also developed a new model that is 40,000 square feet,” giving Academy more flexibility to expand its brick-and-mortar footprint, though the larger version is preferred.

Academy is considering ramping up the store expansion with more openings in 2023 than 2022, Hicks said.

He also cited enhancements to academy.com, including the addition of ApplePay, improved, quicker search capabilities, and more content, such as explaining how to use a grill or buy a football helmet.

The growth in gross profit, coupled with 450 basis points of selling, general and administrative expense leverage, resulted in $224.9 million of pre-tax income versus a loss of $9.5 million in the first quarter of 2020.

Academy raised its outlook for 2021, estimating a comparable sales rise of 6 to 9 percent versus the previous forecast of minus 2 to 2 percent. 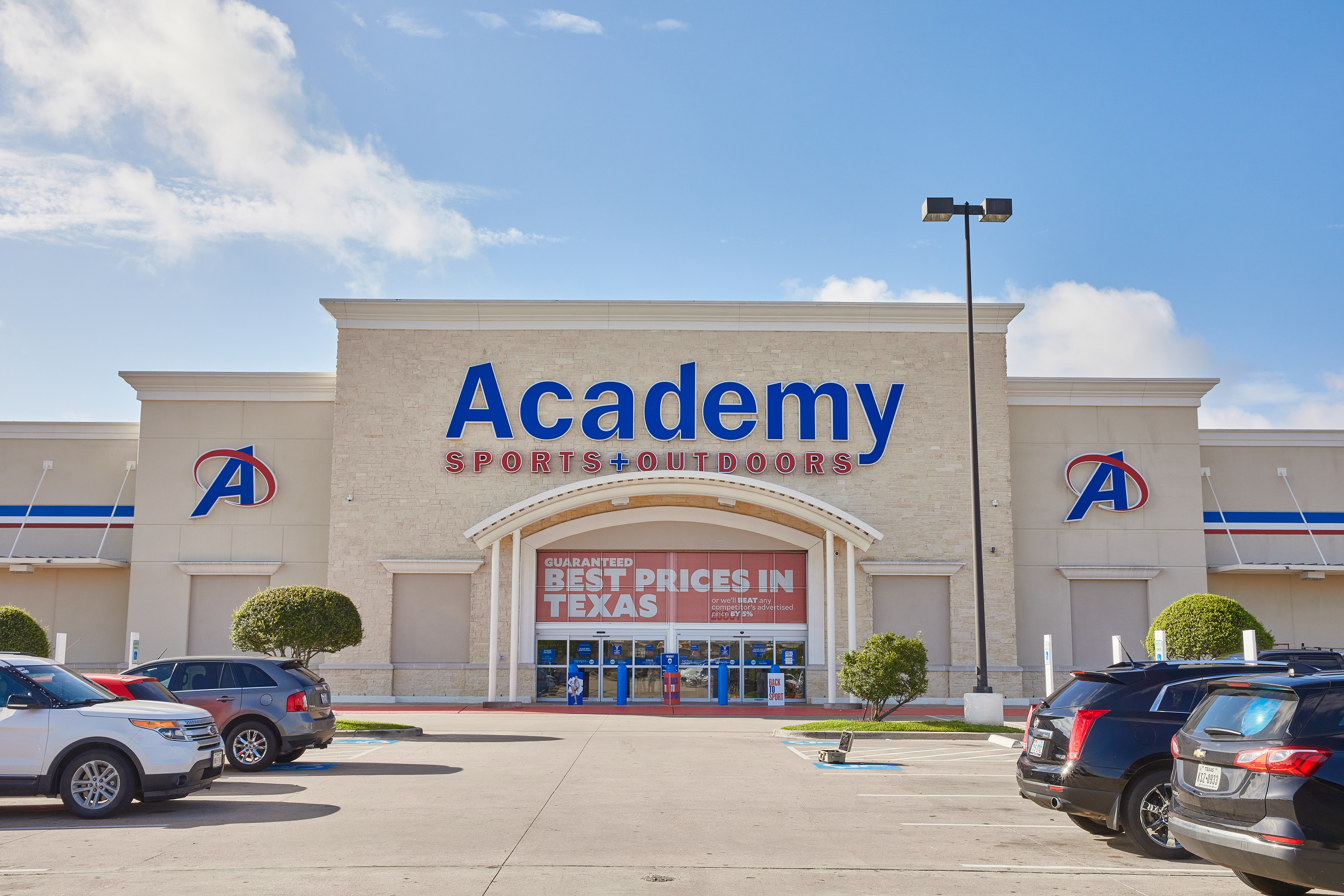