TOKYO (Reuters) – Asian shares and U.S. stock futures rose on Wednesday, as investors tried to shake off worries about the coronavirus epidemic after a slight decline in the number of new cases. 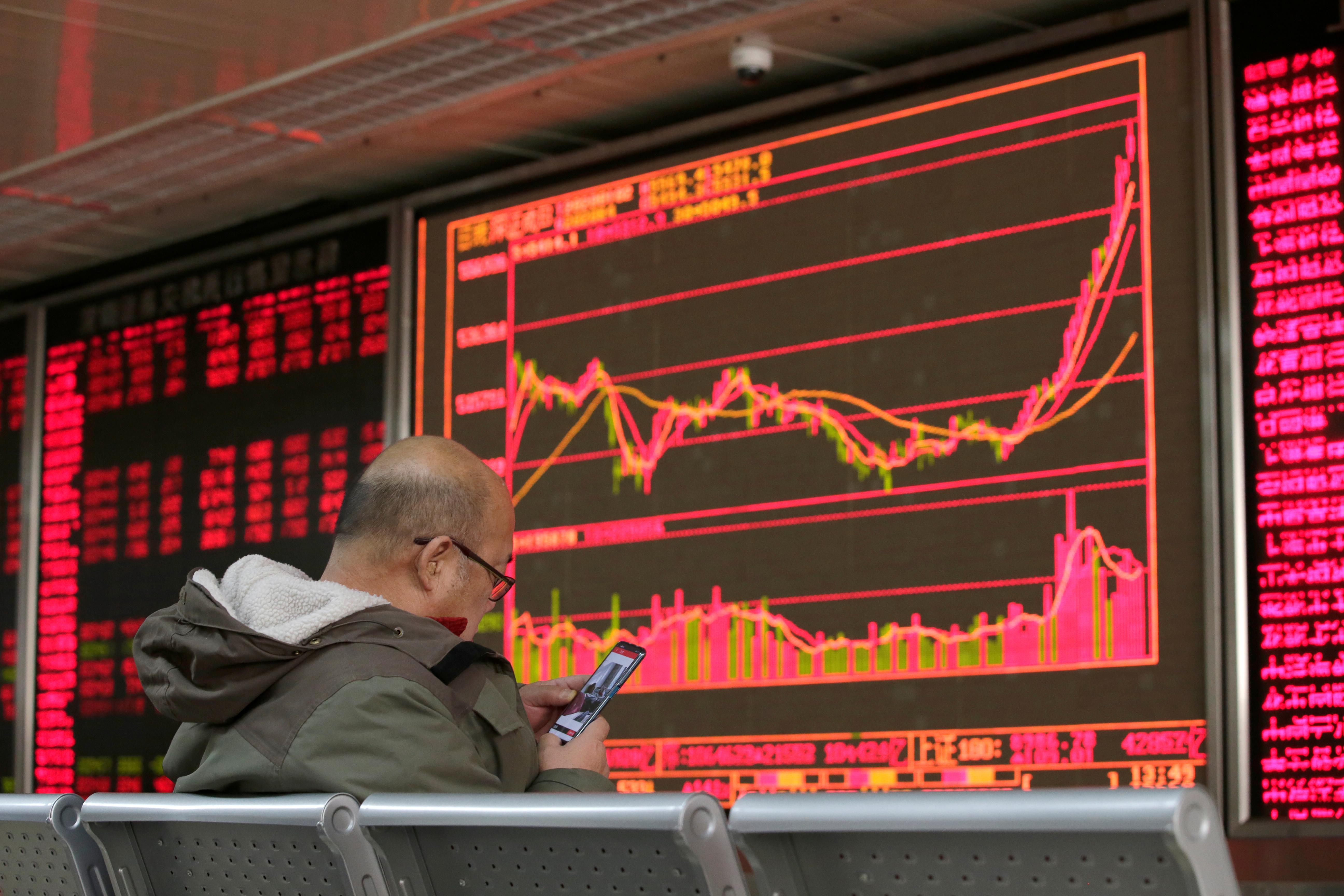 MSCI’s broadest index of Asia-Pacific shares outside Japan recovered from a shaky start to rise 0.4%.

The euro languished at a three-year low versus the dollar as disappointing data from Germany, Europe’s largest economy, has stoked fears that the euro zone is more vulnerable to external shocks than previously thought.

The Treasury curve remained inverted on Wednesday as yields on three-month bills traded above yields on 10-year notes in a sign that some investors remain cautious about the outlook.

China, the world’s second-largest economy, is still struggling to get its manufacturing sector back online after imposing severe travel restrictions to contain a virus that emerged in the central province of Hubei late last year.

Many investors view Chinese data on the virus, dubbed SARS-CoV-2, with a great deal of scepticism, but there are hopes that officials will roll out more stimulus to support the economy.

“Part of the thinking that is supporting markets is the actions that China takes to support its economy,” said Michael McCarthy, chief market strategist at CMC Markets in Sydney.

“Any investor concern around impact on demand globally from the virus will be offset by expectations that global central banks will ride to the rescue.”

U.S. stock futures rose 0.3% in Asia on Wednesday. The S&P 500 fell 0.29% on Tuesday after Apple Inc said it would miss sales targets because the virus in China is pressuring its supply chain.

Mainland China had 1,749 new confirmed cases of coronavirus infections on Tuesday, the country’s National Health Commission said on Wednesday, down from 1,886 cases a day earlier and the lowest since Jan. 29.

The death toll in China has topped more than 2,000 from the flu-like illness which has already spread to 24 other countries.

The People’s Bank of China cut the interest rate on its medium-term lending on Monday, which is expected to pave the way for a reduction in the benchmark loan prime rate on Thursday, as policymakers try to ease financial strains caused by the virus.

Sentiment remained weak after a survey on Tuesday showed a sharp deterioration in German investor sentiment due to the coronavirus.

In the onshore market, the yuan briefly fell to a two-week low of 7.0136 per dollar as traders continued to ponder the economic impact of the virus and the chance for more monetary easing.

A yield curve inverts when short-term yields trade above long-term yields and is often considered a sign of recession in the next year or two.

U.S. crude and Brent both rose more than 1% to $52.63 a barrel and $58.39 per barrel, respectively, as a reduction in supply from Libya offset concerns about weaker Chinese demand for commodities.

Expectations that the Organization of the Petroleum Exporting Countries and allied producers including Russia will cut output further should lend support to prices.

The group, known as OPEC+, will meet in Vienna on March 6.