It’s a classic, and was among the hottest trends in the ’80s. Now it’s popping up again in limited supply with “Banana Republic Vintage” temporary shops appearing on bananarepublic.com and inside the Banana Republic flagship in Manhattan’s FlatIron neighborhood beginning Thursday.

Four months ago when Ana Andjelic became Banana’s chief brand officer, one of the first things she did was to explore the retailer’s archives, which are filled with thousands of garments and catalogues from its 43-year history. “It was as if we had opened a treasure chest of curiosities,” Andjelic told WWD. “We found stacks and stacks of really 40-year safari-inspired clothing and T-shirts with logos and photographs and realized that if it was taken out now and put on sale, it would be the most modern thing. The brand is relevant in any time. If you look on social media, every time we host a vintage catalogue or T-shirt, it’s like a confessional. Memories just pour out. We decided why don’t we bring the nostalgia back?”

Andjelic sees Banana Republic Vintage having a dual appeal — to Banana’s older audience moved by nostalgia and to Gen Zers buying up secondhand clothes to support the circular economy and recycling.

Banana Republic was founded by Mel and Patricia Ziegler in 1978 originally as the Banana Republic Travel & Safari Clothing Company. They opened two stores in California that were filled with the safari-themed clothes, reflecting their love of travel. As part of their adventures around the world, they collected surplus clothing for the stores and created a travel-oriented catalogue. In 1983, Gap Inc. purchased the company, shortened the name to “Banana Republic,” and rolled out stores cross-country. After several successful years, the safari trend played out, and Banana evolved with a more upscale image with a work-to-wear component and “affordable luxury.”

The brand has had its ups and downs in the 21st century and has been undergoing a multiyear downsizing. In the first quarter of this year, Banana Republic Global saw comparable sales drop 4 percent year-over-year and 22 percent versus 2019. But according to Gap Inc. chief executive officer Sonia Syngal, there’s a new team at Banana (including Andjelic and Sandra Stangl, president and CEO since November 2020) making strides in realigning the pricing architecture, improving the store experience and updating brand creative. Andjelic’s extensive experience includes serving as acting chief marketing officer at Mansur Gavriel, chief brand officer at Rebecca Minkoff and executive brand consultant for David Yurman.

The collection is limited, with 260 pieces which could sell out fast. Safari jackets, khaki pants, the “photo journalist” jackets and vests, bush vests, military-inspired multi pocket pants, shorts, leather jackets and a range of T-shirts with Banana Republic imagery are included in the collection. Some pieces from the ’90s — Hawaiian floral print shirts, safari hats, belts and lots of denim jackets, shirts and skirts — are included. In the ’80s, the Banana Republic styles were “very oversize, very comfortable — not tailored,” Andjelic said.

The Flatiron store will have a curated selection that can’t be found online. Andjelic said Banana Republic Vintage will be priced lower than the resale market.

The vintage shop will be promoted on the top of the homepage of Banana’s website, which users click on to shop the actual shop. There will be about 150 pieces displayed online and 50 pieces in the Flatiron store. All items are final sale. Accompanying the campaign will be photographs by Pamela Henson and looks by stylist Jessica Willi.

“Banana’s style is relevant in any time,” Andjelic said. “It’s a way for us to use the magic of archives and heritage to attract a new audience.”

Banana Republic Vintage will offer spring looks. Coats and weightier styles could be offered in vintage drops later. “We will look at future drops based on seasonality,” Andjelic said. 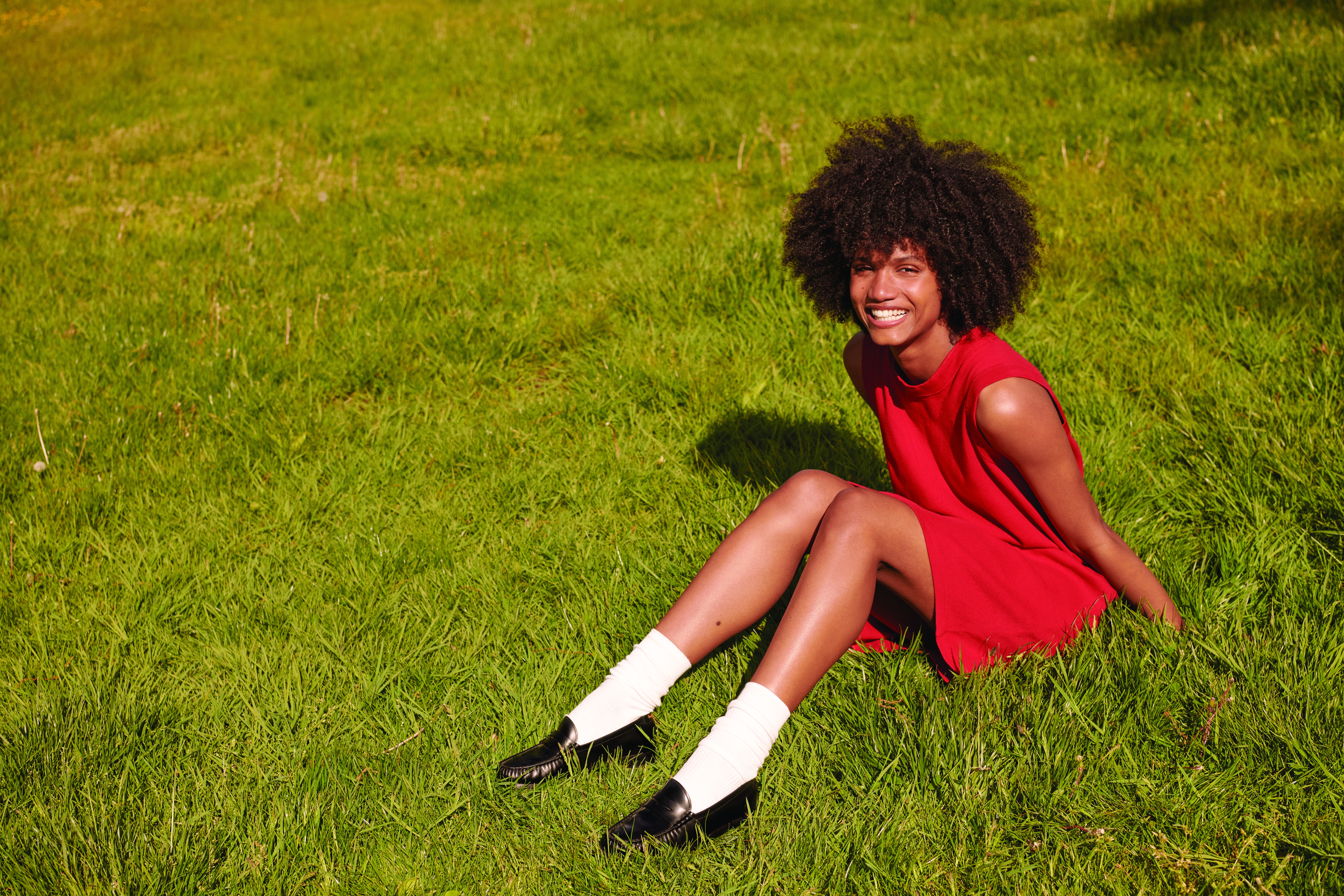 From the Banana Republic Vintage campaign. Photo by Pamela Henson.