MILAN — Despite the pandemic, Bikkembergs is committed to making a splash.

“Since 2017, I’ve been calling on board new licensing partners that are more in sync with the brand’s ethos,” said Dario Predonzan, the company’s chief operating officer.

Banking on one of the key categories for the brand, Bikkembergs is kicking off a new three-year licensing deal for design, production and global distribution of its underwear and beachwear collections, the latter representing 12 percent of sales.

The new Italy-based partner Area B — which produces beachwear and underwear under license for brands including Roberto Cavalli, Iceberg and Karl Lagerfeld, among others — replaces former licensee CSP International.

“The company is young and energetic and that’s what we need for the brand right now,” Predonzan said, noting that the social media posts related to the beachwear and underwear categories often generate a flurry of comments and interest.

While the first collection under the deal will bow for spring 2022, the new partners developed a beachwear capsule collection for women, an untapped category, which is set to debut in stores next May.

Predonzan described the move as a test and try approach, although the women’s wear business is solid. It currently accounts for 10 percent of overall ready-to-wear sales and 40 percent of the footwear business.

“Our core business is and will be rooted in men’s wear, as the brand has built its own DNA on the idea of positive masculinity and a sportswear aesthetics,” the chief operating officer said.

Despite an unprecedented year, Bikkembergs managed to contain its losses, reporting a 10 percent drop in sales compared to 2019. The executive did not provide total sales figures for 2020.

“This is quite a positive result because other companies are showing high-double-digit decreases,” Predonzan said. He mentioned e-commerce as a serious booster, growing 20 percent year-on-year, and also underscored how a streamlined retail network helped contain expenses. The online channel generates 10 percent of Bikkembergs’ revenues.

“This is definitely the skyrocketing division, which is why we’re committed to invest on it and more broadly focus on digital marketing initiatives,” the executive said.

Late last year, the company opened two new stores in Russia in partnership with local operator Vogue Dialogue. A focus on the country — among the best-performing markets alongside China and Italy — is in the pipeline for 2021, too. Predonzan explained that the brand will add three new stores, two in Saint Petersburg and one in Moscow, by the end of the year.

Bikkembergs counts 10 stores in Russia and 30 globally, five of which are directly operated by the company’s shareholder Canudilo Modern Avenue, the Chinese retail giant that took over the brand in 2019, acquiring the remaining 49 percent stake in the brand it did not already own from Italian companies Zeis Excelsa and Sinv.

“Russia in 2020 continued to be on top of our priorities especially as it performed quite well despite the pandemic….It was less impacted by the COVID-19-related economic fallout than Italy and Europe,” Predonzan noted. For instance, orders for the pre-fall and fall 2021 collections are growing in the country.

A retail push in Italy was also planned for 2020 but openings were postponed “for prudence reasons” including the reopening of a Milan unit. The company closed its store in the city in 2018.

“We continued to bank on our key market strategy, leveraging on our solid basis of regions where we are renowned,” Predonzan said. The key geographic areas include Russia Italy, Spain and the Middle East, with a new store recently opened in Cairo, Egypt.

Bikkembergs’ partnership with Global Brands Group Holding Ltd. for the production and international distribution of the brand’s footwear collections inked in 2019 has also helped the Milan-based label push its presence in the U.S., where it is available at Bloomingdale’s and Nordstrom.

Overall, Bikkembergs counts around 500 wholesale clients, representing 70 percent of the business. Predonzan said the market has responded very well to the reorganization he set in motion from 2019, by reuniting the brand’s multiple lines to focus on its core business under the Bikkembergs name, formerly Dirk Bikkembergs. 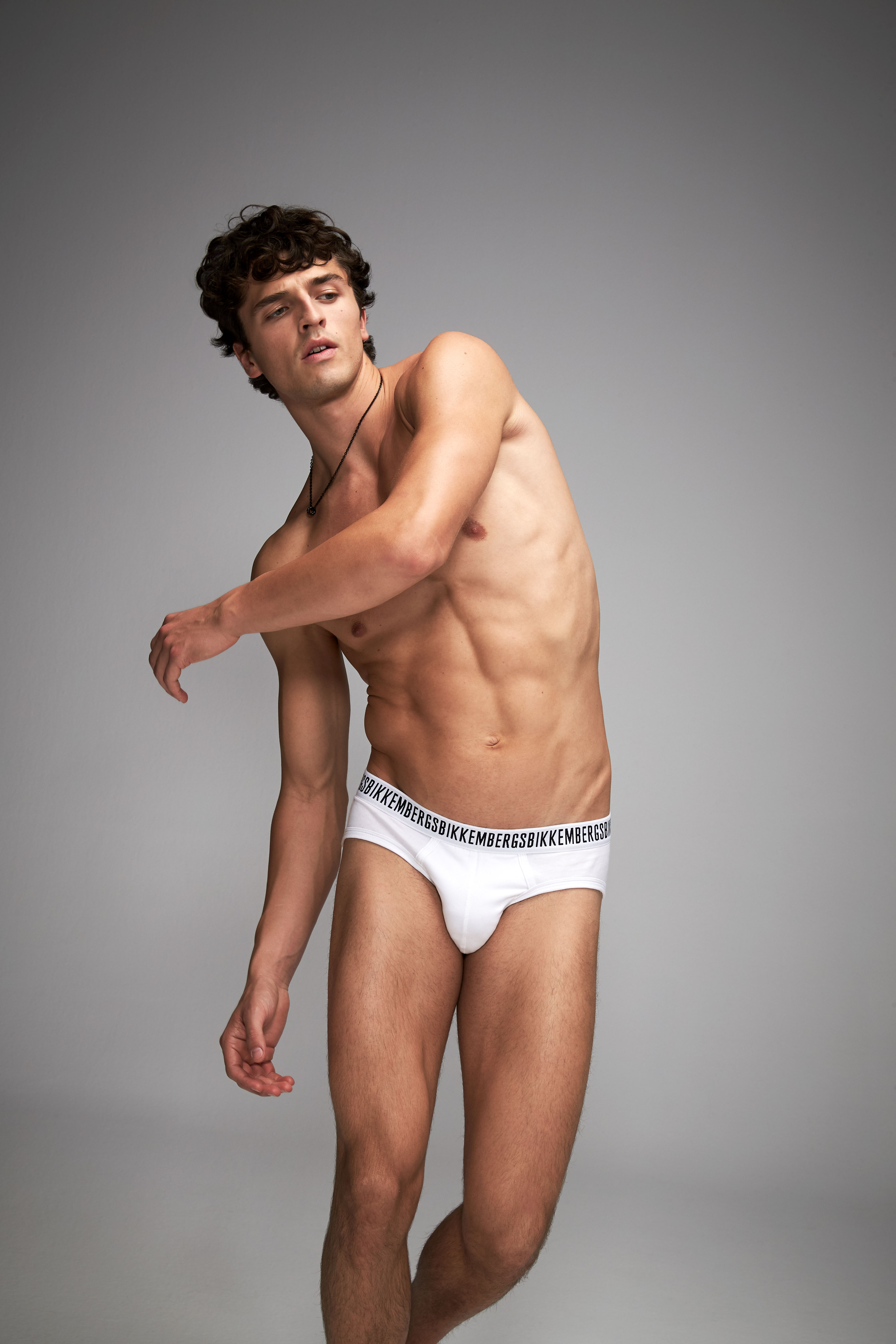 In addition to the new beachwear and underwear deal, Bikkembergs operates several manufacturing and distribution licensing agreements: Sinv for rtw; Global Brands Group for footwear; Ratti and La Compagnia delle Pelli, for textile and leather accessories, respectively; Elisabet for junior footwear; Two Brothers for the production and distribution of its children’s wear collections, as well as Perfume Holding for fragrances and Arkano Srl for men’s jewels.