Home » Britain is ramping up its post-Brexit plans to fortify its financial sector. 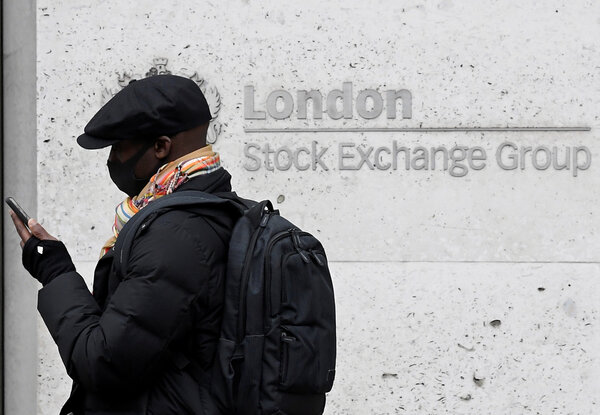 The British government and Bank of England will look into creating a central bank digital currency, the two institutions announced on Monday, the latest in a string of initiatives the government is taking to try to ensure Britain holds on to its position as a leading destination for financial services.

A task force will explore the uses and risks of a digital currency, the Bank of England and Treasury said. They haven’t made a decision on whether to introduce one.

But the move will let Britain catch up with other central banks. The Federal Reserve and the European Central Bank have already started researching a digital dollar and a digital euro.

Rishi Sunak, Britain’s top finance official, also said on Monday that the Treasury would make changes to the financial technology industry and public listings process based on the recommendations of two recent reviews. The changes are intended to make it more appealing for tech companies to go public in London instead of New York, and let founders retain more control of their companies when they do. There will be more regulatory help for growing fintech companies and those experimenting with distributed ledger technology like blockchain.

Since Britain left the European Union on Dec. 31, some trading in shares and derivatives has moved from London to other financial centers, and the financial industry is wondering what will go next. The government has sought to reestablish the City of London’s reputation as a financial hub. Sweeping reviews and consultations have been introduced in a range of areas, from capital markets to making finance more green.

A report by New Financial, a London-based research firm, found that more than 440 companies had moved or are planning to move staff, assets or other business out of London because of Brexit. “While this is higher than previous estimates, it underestimates the real picture,” the report published on Friday said.

Bank assets worth more than 900 billion pounds, or $1.3 trillion, about 10 percent of the total assets in Britain’s banking system, have been moved or are being moved, the report said. Its authors, Eivind Friis Hamre and William Wright, wrote that these numbers might be smaller than the reality because their analysis might have missed banks and assets managers already based in the European Union. And fewer European firms than previously expected will open an office in Britain.

“Over time we expect there to be a drip-feed of business and activity from the U.K. to the E.U.,” the report said. It recommended that the city consider the Brexit losses as unrecoverable, and set its sights on opportunities further afield.