The British Formula One team-owner McLaren Group is in talks to raise up to £275m by mortgaging its spectacular Surrey headquarters and one of the world’s most valuable historic car collections.

Sky News has learnt that McLaren and its advisers, the Wall Street bank JP Morgan, are working on the plan to shore up the supercar maker’s balance sheet during the coronavirus crisis.

Sources said it was looking to raise between £250m and £275m by borrowing against the value of its HQ and a company-owned collection of cars driven by the likes of Ayrton Senna, the former F1 world champion, and Bruce McLaren, the group’s founder.

Some McLaren-owned cars are said to be valued at tens of millions of pounds each, with the entire portfolio thought to be worth more than £250m.

The company’s Woking HQ is also estimated to be worth more than £200m on a standalone basis.

McLaren could raise the money in the form of new bonds, with funding secured from existing or new bondholders, according to sources.

The funds would then be repaid “at the earliest opportunity” when revenues recover to normal levels, they added.

The drive to access new funding is understood to have accelerated in the wake of a request for a £150m loan from the government being rejected.

Sky News revealed last week that McLaren had approached the Department for Business, Energy and Industrial Strategy (BEIS) with the funding request after seeing sales of its supercars evaporate almost overnight as a result of the COVID-19 crisis.

The government is said to have rejected the initial approach from McLaren on the basis that it had not yet demonstrated that it had exhausted alternative sources of financing.

McLaren’s racing operations, including its F1 team, have also seen revenues severely impacted by the pandemic, although there remains an ambition for behind-closed-doors Grands Prix to get under way in July.

In March, the company’s shareholders, who are led by Mumtalakat, Bahrain’s sovereign wealth fund, injected £300m of equity into McLaren.

Smaller shareholders, including Mansour Ojjeh, a wealthy Saudi Arabian-born businessman, are also understood to have participated in the fundraising.

One insider said shareholders had demonstrated their commitment with the capital injection, and that it was not unreasonable to ask other stakeholders to inject more money into McLaren.

On a call with investors last month, Paul Buddin, McLaren’s chief financial officer, told investors: “We are looking at a number of very credible sources, and that includes all [those we] might be expected to ask, including government, including third parties.” 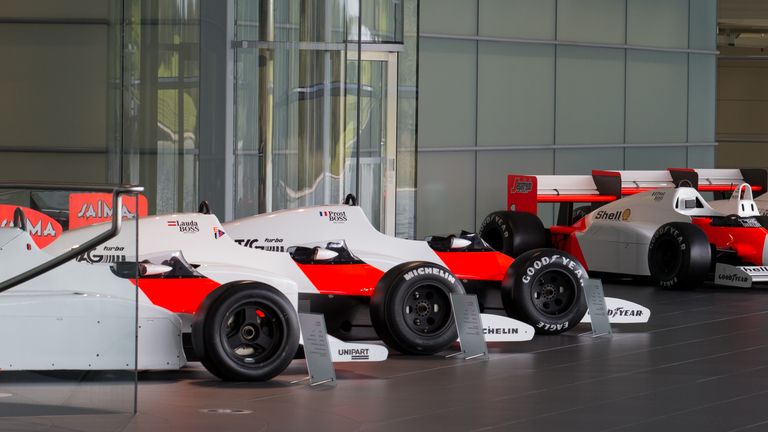 A spokesman for the company said: “Like many other British businesses McLaren has been severely affected by the current pandemic and we are therefore exploring a variety of different funding options to help navigate these short-term business interruptions.”

McLaren employs about 4,000 people, a significant chunk of whom have been furloughed under the Coronavirus Job Retention Scheme.

The company is a major British exporter, supporting thousands of jobs across the UK supply chain.

It is also a major investor in UK technology research and development.

However, with the trajectory of a recovery in demand for top-end road cars and revenues across the rest of its businesses uncertain, McLaren has been working on securing additional financing.

Sources said last week that there remained strong customer demand and an appetite for investment into McLaren’s Racing and Applied Technology businesses.

Talks between the company and Whitehall are said to be ongoing despite the initial snub, and it remains possible that some form of taxpayer funding agreement might be reached.

The discussions comes just weeks after McLaren appointed Paul Walsh, the heavyweight businessman, as its chairman.

Mr Walsh, who is due to step down as chairman of the FTSE 100 catering group Compass later this year, has replaced Shaikh Mohammed Bin Essa Al Khalifa in the McLaren chairman’s seat.

His arrival has stoked speculation that McLaren’s principally Bahrain-based shareholders will eventually consider taking the company public – although such a move is unlikely for at least three years.

If any public listing does take place, McLaren’s investors are likely to pursue a valuation of well over £2bn.

McLaren’s on-track operations, which are headed by Zak Brown and include its participation in the Indianapolis 500 race, account for roughly 20% of the group’s annual revenues.

It has recently struck sponsorship deals with companies including Darktrace, the cybersecurity software provider, and upgraded British American Tobacco to a “principal partnership” – despite the ban on tobacco advertising in the sport.

McLaren’s road-car division, which was previously a semi-independent company called McLaren Automotive, makes some of the world’s most expensive cars, with models including the Senna – named after its legendary former F1 driver.

The unit, which is run by Mike Flewitt, represents the majority of the group’s sales.

The British company saw its separate divisions reunited following the departure in 2017 of Ron Dennis, the veteran McLaren boss who had steered its F1 team through the most successful period in its history.

He became one of Britain’s best-known businessmen, expanding McLaren’s technology ventures into a wide range of other industries through lucrative commercial partnerships.

Mr Dennis offloaded his stake in a £275m deal following a bitter dispute with fellow shareholders.

He had presented to McLaren’s board a £1.65bn takeover bid from a consortium of Chinese investors, but did not attract support for it from boardroom colleagues.