SINGAPORE/NEW YORK (Reuters) – The U.S. dollar hovered just above a two-year low on Wednesday, while stocks struggled, as growing worries about the U.S. economy had investors cautious and looking to Congress and the Federal Reserve for a boost. 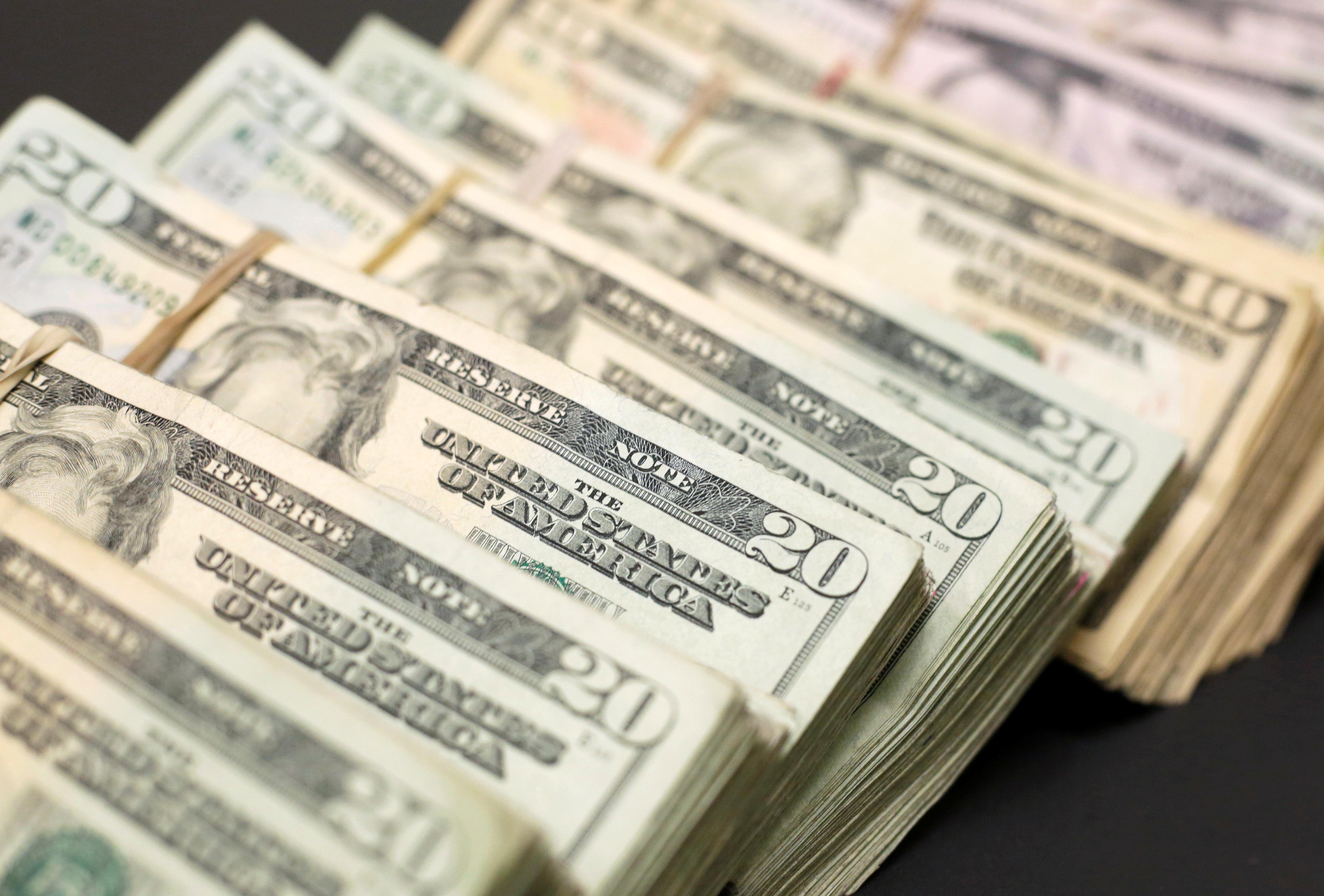 The Fed is expected to strike a dovish stance at its policy review later in the day and perhaps open the door to a higher tolerance for inflation – something dollar bears think could squash real yields and sink the currency even further.

A $1 trillion U.S. fiscal rescue package is also at an impasse as a Friday deadline to extend unemployment benefits looms.

Against a basket of currencies =USD the dollar wallowed just 0.3% above a two-year low hit a day ago. It has lost 3.7% in July so far and is headed for its worst month in nine years.

The Fed’s forward guidance probably determines the next move and the extension of several emergency lending facilities on Tuesday fuelled anticipation of a particularly dovish tone.

“Some pockets of the market are looking for the forward guidance to be a bit bolder in a dovish direction,” said Imre Speizer, currency analyst at Westpac in Auckland. “If we don’t get that, you may well get a small rebound in the dollar.”

The Fed publishes its interest rate decision, which is not expected to change, at 1800 GMT and Chair Jerome Powell holds a press conference half an hour later.

The bond market was also in a cautious mood ahead of the meeting, having retraced a selloff on Tuesday to leave benchmark U.S. 10-year yields US10YT=RR at 0.5823%.

SHOW ME THE MONEY

Besides the Fed, the other focus is on political wrangling over the next U.S. fiscal package, which weighed on Wall Street overnight where the S&P 500 .SPX fell 0.6%.

Republicans’ $1 trillion proposal includes cutting a weekly $600 unemployment benefit, which expires on Friday, to $200 just as cracks emerge in the economic rebound.

The Democrats are pressing for a larger spending commitment, while President Donald Trump also said he didn’t like elements of the Republican plan, adding to the sense of confusion.

“This is a big deal – there’s 30 million people unemployed and so much of U.S. GDP is consumer spending,” said Chris Brankin, CEO of brokerage TD Ameritrade Singapore.

“Markets are hopeful that some type of extension gets done…even if it’s reduced – if you just cut if off wholly you’d see significant volatility in the markets.”

Elsewhere in currencies, the Australian dollar AUD=D3 eased to $0.7164 after second quarter consumer prices fell by the most on record, cementing views interest rates would stay low for a long time to come.

Copper prices climbed back towards a two-year high hit two weeks ago, on hopes that global stimulus would help industrial demand.

Oil prices steadied after a surprise drop in U.S. inventories pointed to energy demand, even as virus infections surge.