LONDON (Reuters) – Europe’s share markets suffered their biggest slump since mid- 2016 on Monday, as a jump in coronavirus cases in Italy, South Korea, Japan and Iran sent investors scrambling to the security of gold and government bonds. 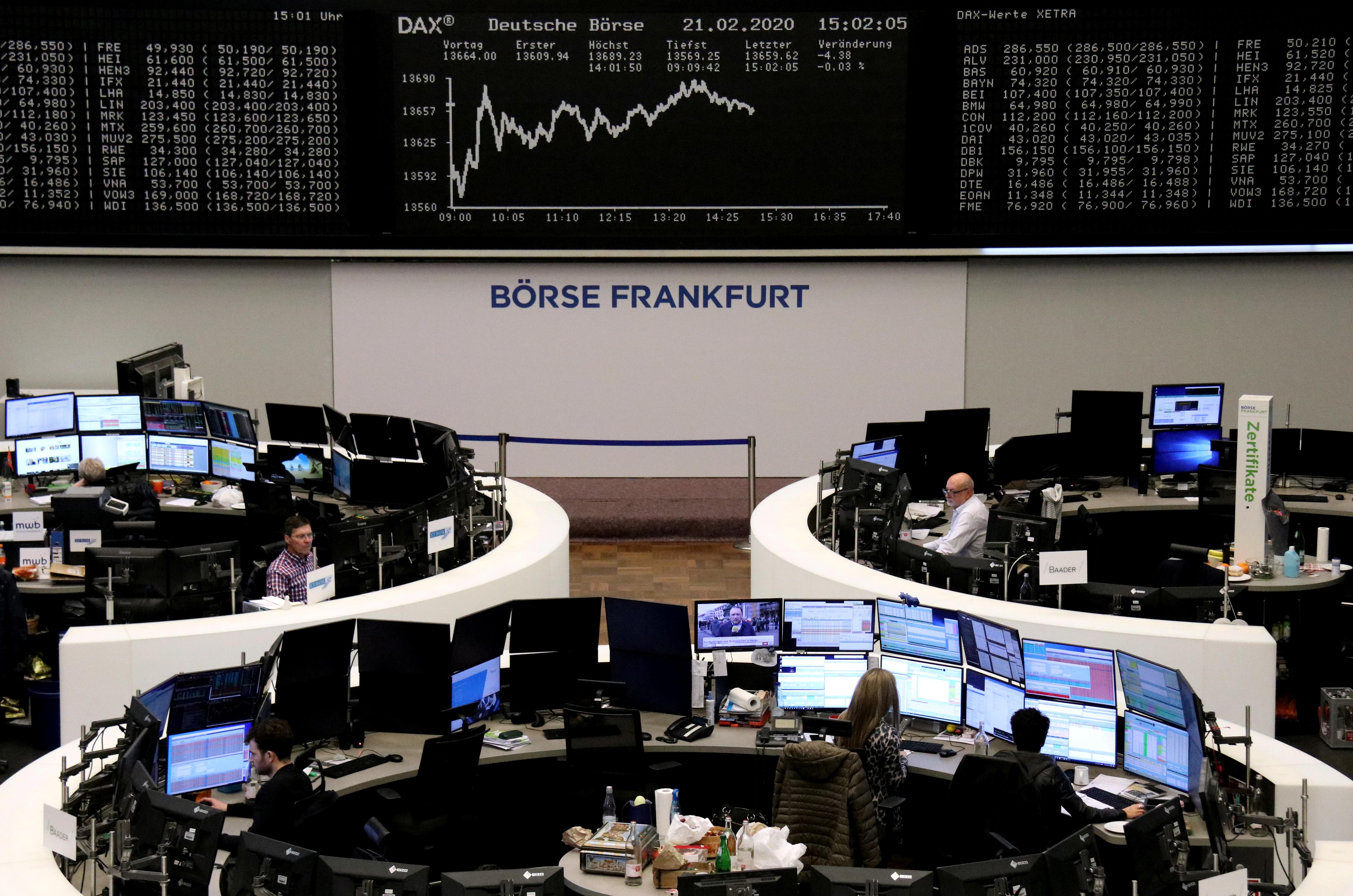 Milan’s stock market plunged over 4.5% after a spike in cases of the virus left parts of Italy’s industrial north in virtual lockdown. [.EU]

Frankfurt and Paris both fell more than 3.5% and London’s FTSE dropped 3.3%, wiping at least $400 billion off the region’s market value in a few hours.

Bonds rallied, too. Ten-year U.S. Treasury yields dropped below 1.4% for the first time since July 2016. The 30-year Treasury touched a record low at just under 1.85% and German yields dropped to -0.475%, their lowest in more than four months. [GVD/EUR]

“Everybody sees that this could be another leg down for the economy, and we were already in quite a fragile state to begin with,” said Rabobank’s head of macro strategy, Elwin de Groot. “It could be another step towards a recession in more countries.”

In Asia, South Korea’s KOSPI slumped 3.9% after the government declared a high alert. The number of cases rose to 763 and deaths to seven.

The virus has now killed 2,592 people in China, which has reported 77,150 cases, and spread to some 28 other countries and territories, with a death toll outside of China around two dozen, according to a Reuters tally.

Iran, which announced its first infections last week, said it had confirmed 43 cases and eight deaths, with most of the cases in the holy city of Qom. Saudi Arabia, Kuwait, Iraq, Turkey and Afghanistan imposed travel and immigration restrictions on the Islamic Republic.

“There is lots of bad news on the coronavirus front with the total number of new cases still rising,” AMP chief economist Shane Oliver wrote in a note. “Of course, there is much uncertainty about the case data. New cases outside China still look to be trending up.”

U.S. fed fund futures <0#FF:> signalled more rate cuts later this year and a near 20% chance of a cut next month.

FX markets reacted by pushing up the safe-haven Japanese yen to 111.34 yen per dollar. But against the rest of the world, the dollar was again showing its strength.

Korea’s won was down 1% at 1,219.06 after falling to its weakest since August 2019. Emerging-market currencies from Mexico’s peso and Turkey’s lira to Poland’s zloty and Russia’s rouble were all in the red.

“Oil prices will remain vulnerable here as energy traders were not pricing in the coronavirus becoming a pandemic,” said Edward Moya, senior market analyst at OANDA.

“While some parts of China are seeing improving statistics… markets will remain on edge until we start seeing the situation improve in Iran, Italy, South Korea and Japan.”