Home » Business » How Much Work is Too Much Work?

‘I’m in a really dark place’

A group of 13 disgruntled first-year analysts at Goldman Sachs made waves this week by assembling a professional-looking presentation in the company style about their experiences at the investment bank. The resulting “Working Conditions Survey” (sample size: 13) said that the junior bankers worked an average of around 100 hours per week, with most saying that they considered themselves victims of workplace abuse.

The analysts rated their job satisfaction as two out of 10 and said they were unlikely to stay at Goldman in six months if working conditions remained the same. In addition to the long hours, the analysts cited unrealistic deadlines, being ignored in meetings and micromanagement as major sources of stress. Goldman said that it was listening to employees’ concerns and taking steps to address them.

In their own words, the analysts described their angst in stark terms:

“There was a point where I was not eating, showering or doing anything else other than working from morning until after midnight.”

“My body physically hurts all the time and mentally I’m in a really dark place.”

“I didn’t come into this job expecting a 9am-5pm’s, but I also didn’t expect consistent 9am-5am’s either.”

That last comment is key. So here is the question of the day: In a highly paid industry, when do the hours worked become exploitative? There are two sides to the debate:

The no-sympathy crowd says that first-year analysts at Goldman and other similar firms have no right to complain about long hours. They are highly educated and chose to go into investment banking, in part, because it pays $150,000 or more straight out of college with the promise that within a decade compensation can reach seven figures. A first-year analyst instantly becomes a member of the 0.1 percent for their age and experience. The long hours shouldn’t come as a surprise: Every recruiting website, book and Hollywood film about Wall Street makes that part of the job clear. It is, in truth, the pact that employees make with employers in exchange for lots of money.

The violin-playing crowd says that Wall Street isn’t focused enough on the mental health of young workers. Nobody should be forced to work that much. What’s more, the long hours are inefficient, unproductive and simply part of an ego-driven hazing ritual by older bankers who suffered the same fate in less enlightened times. Abuse is abuse, no matter how much money someone is paid. Banks, they say, misrepresent the workload during the hiring process by talking about improving work-life balance but not doing anything about it.

Which side are you on? Tell us at [email protected] Include your name and location, and we may feature your response in a future newsletter. (If you prefer to remain anonymous to discuss your own experience, let us know.)

Diplomatic talks between the U.S. and China get off to a testy start. At the first face-to-face meeting between Chinese officials and the Biden administration, the traditional first few minutes of greetings and remarks dissolved into more than an hour of recriminations and name-calling. In other news, Beijing rebuked LinkedIn for not censoring political content on the platform.

Several regions in France, including Paris, go back into lockdown. The restrictions in response to a sharp rise in coronavirus cases will last for a month. France was among the countries that paused the use of AstraZeneca’s Covid-19 vaccine because of fears over side effects, but Europe’s top drug regulator said yesterday that the shot was safe, and the countries, including France, Germany and Italy, said they would resume inoculation drives.

The N.F.L. signs media deals worth over $100 billion. The agreements with CBS, NBC, Fox, ESPN and Amazon run through the 2033 season, and nearly double the value of the league’s previous contracts. Most games will still be shown on traditional broadcast channels, although digital rights and streaming services are making more inroads.

For the first time in a long time, U.S. retailers are opening more stores than they close. Cheaper rents have convinced some companies that now is the time to expand. Dollar General, for example, plans to open more than 1,000 locations this year, and is testing larger-format store concepts.

Start-ups are fielding a flood of offers from SPACs. With mountains of cash, the blank-check companies are hounding potential acquisition targets, The Times’s Erin Griffith reports. “The market seems crazy,” said the finance chief of a firm thinking about going public this year. “They want to go so fast.”

The wines of Wall Street

Duckhorn, a premium winemaker, began trading on the N.Y.S.E. on Thursday (ticker: NAPA) after raising $300 million in an I.P.O. that valued the company at around $2 billion. The California-based group’s business picked up during the pandemic, with sales up 12 percent in its latest fiscal year. DealBook spoke with the company’s C.E.O., Alex Ryan, about changing drinking habits, SPACs and wildfires.

The pandemic has been good for the wine industry. According to data from IRI, premium wine sales grew by 20 percent last year. Mr. Ryan said he’s not worried about sales slowing as people spend more time outside their homes, pointing to the company’s relationships with retailers and restaurants that are planning to serve more customers as pandemic restrictions relax. As for millennials’ embrace of sobriety, Mr. Ryan said that, too, isn’t a big concern. “Younger consumers are interested in the wine experience,” he said. “It’s fun, it’s celebratory.”

Duckhorn decided a traditional I.P.O. was better than a SPAC. “We’re perfectionist winemakers so control is very important to us,” Mr. Ryan said. “We wanted to control the message, how to design it, all the details surrounding it, how to market it.” Duckhorn may use proceeds from the listing to buy other wine brands.

“We see more of what we call ‘above the mask,’ like eyes and brows and lashes, and we see that makeup in general is starting to come back.”

Test your knowledge of Bitcoin trivia

A big new report about cryptocurrencies by Bank of America landed on our desk this week. Here are three stats that caught our eye, in quiz form. (Scroll to the bottom for the correct answers.)

1. How much of a net inflow does it take to raise Bitcoin’s price by 1 percent?

2. Bitcoin’s annual energy consumption is equivalent to that of which country?

A) Australia
B) The Netherlands
C) Chile

3. 95 percent of all Bitcoin is held by what share of crypto wallets? 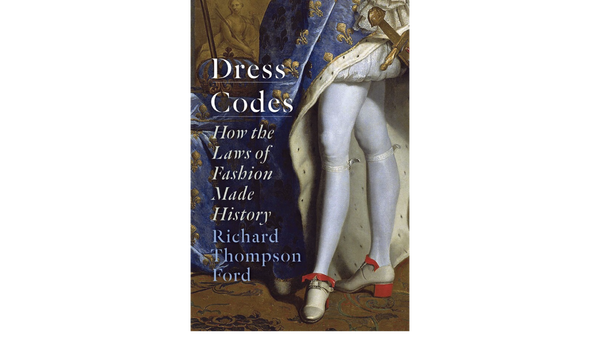 Before so many people began to work from home, it was common to judge each other by our clothes. But then came workdays spent in sweatpants, which can’t be seen onscreen, and it seemed we’d briefly let go of aesthetic judgment — though it was not so, one expert says. “The social function of dress codes was too powerful,” said the Stanford Law professor Richard Thomson Ford, author of a new book, “Dress Codes: How the Laws of Fashion Made History.”

Enter the age of Room Rater. Last April, a Twitter account started saying aloud what everyone was telling themselves — “so and so has an impressive bookshelf!” We sought context in the details people revealed onscreen because aesthetic clues, whether in bookshelves or clothes, tell us where to place each other socially, Mr. Ford said: “This goes back to the Middle Ages when dress codes were enforced by law and then, later, by social systems.” It is information we are programmed to rely on.

We are all asking the same question: Does this person have good taste? The answer is always a matter of status and shared reference points, according to Mr. Ford. On the brighter side, the reason we make these judgments in the first place is because we’re curious about who people are, and we tend to like them better when they reveal themselves in an authentic way.

“We should take this seriously,” Mr. Ford said. Fashion and design organize society, even now, when many of us think we are free of such codes. A year of working from home may have dissolved some of the rules, but the staging and rating of Zoom backgrounds also proved the persistence of our social programming. And as for post-pandemic fashion trends, Mr. Ford — perhaps hopefully — suspects dressing up may become more celebratory and less professionally mandatory.

TPG is starting a program to buy stakes in more funds with managers who are women, people of color or LGBTQ+. (Bloomberg)

Endeavor, which owns the Ultimate Fighting Championship, the talent agency IMG and more, reportedly filed confidentially for an I.P.O. (Sportico)

The Fed’s Jay Powell said that any digital currency created by a central bank “needs to coexist with cash.” (NYT)

Las Vegas is gearing up for a post-pandemic comeback. (WSJ)

The U.S. lifted its “no sail” order six month ago. So why are cruise ships still docked? (NYT)

“Not all oranges are created equal.” (NYT)

Answers to the crypto quiz, according to Bank of America:

2. B (Netherlands). Put another way, the annual carbon emissions of the Bitcoin network is roughly the same as American Airlines.

3. C (2 percent — or 2.4 percent, to be exact). In contrast, the top 1 percent of Americans control about 30 percent of all household wealth.