LOS ANGELES — A young, female executive arrives in the men’s locker room that was broadcast television in the 1990s and snaps a few towels of her own, working with writers to shape juggernaut comedies like “Mad About You” and “Friends.” She is so good at spotting hits that she becomes, at 32, the president of entertainment at ABC, the first woman ever to serve as a network’s top programmer.

Such was the show business life of Jamie Tarses, who died on Monday in Los Angeles at 56. Her death was confirmed by a family spokeswoman, who said the cause was “complications from a cardiac event.” She suffered a stroke in the fall and had spent a long period in a coma.

Ms. Tarses (pronounced TAR-siss) broke a Hollywood glass ceiling in 1996, when she became president of ABC Entertainment. ABC badly needed fresh hit shows, and Ms. Tarses, who had worked at NBC, had a reputation for serving up a steady supply — especially zeitgeist-tapping sitcoms. She had shepherded the cuddly “Mad About You” and the neurotic “Frasier” to NBC’s prime-time lineup. “Friends,” which she had helped develop, was the envy of every network.

“Jamie had a remarkable ability to engage writers — to understand their twisted, dark, joyful, brilliant complexity and really speak their language and help them achieve their creative goals,” said Warren Littlefield, who was NBC’s president of entertainment from 1991 to 1998. “She was highly creative herself and, of course, came from a family of writers.” (Her father, Jay Tarses, wrote for “The Carol Burnett Show” and created “The Days and Nights of Molly Dodd,” an acclaimed comedic drama, from 1987 to ’91. Her brother, the comedy writer Matt Tarses, has credits like “Scrubs” and “The Goldbergs.”)

Upstart broadcast competitors — the scrappy Fox, UPN, the WB — were siphoning young adult viewers away from the Big Three networks. So were cable channels. In 1996, about 49 percent of prime-time viewers watched ABC, CBS or NBC, down from roughly 74 percent a decade earlier, according to Nielsen data. HBO was moving into original programming with shows like “Sex and the City,” further diluting the talent pool. 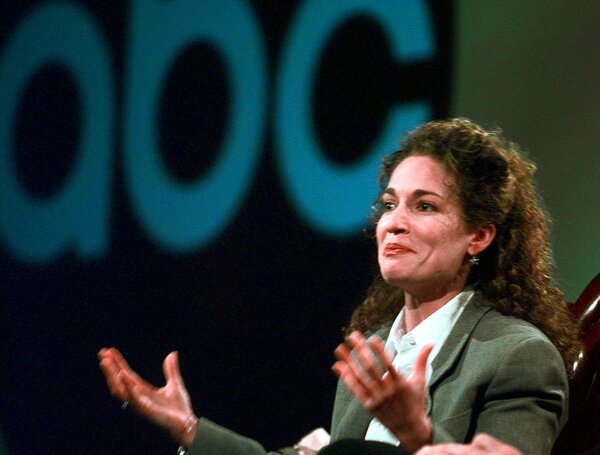 Then came The Article.

After a year at ABC, Ms. Tarses, who had alienated some colleagues by not returning calls and missing morning meetings, gave the journalist Lynn Hirschberg unfettered access for an 8,000-word cover story in The New York Times Magazine. The piece portrayed Ms. Tarses as “a nervous girl” who swung erratically between arrogance and insecurity. “Women are emotional, and Jamie is particularly emotional,” one male agent, speaking anonymously, was quoted as saying. “You think of her as a girl, and it changes how you do business with her.”

The article, which pointedly discussed Ms. Tarses’s hairstyle and feminine way of sitting, helped color the rest of Ms. Tarses’s career. Once someone is typecast in Hollywood, even as an executive, getting people to see that person in a different light can be a never-ending battle.

“A lot of it was pure sexism,” said Betsy Thomas, a screenwriter and friend.

Even so, Ms. Tarses was criticized at times as showing poor judgment. In 1998, ABC hosted more than 100 television critics and entertainment journalists from across the United States at a promotional event in Pasadena, Calif. ABC stars were also invited, including a young Ryan Reynolds, then appearing on a sitcom called “Two Guys, a Girl and a Pizza Place.” As the evening wore on, reporters witnessed Ms. Tarses and Mr. Reynolds go outside and become amorous.

The indiscretion, which was reported on by some newspapers, contributed to a narrative that had congealed around Ms. Tarses: She was too impetuous for such a big job.

Her bosses, including Robert A. Iger, then chairman of the ABC Group, had been applying patches to the situation. A veteran television executive, Stuart Bloomberg, was installed above Ms. Tarses. Then, as part of a restructuring, yet another manager, Lloyd Braun, was placed over her in what was essentially a demotion. Vicious infighting ensued, what The Wall Street Journal later deemed “a case study in dysfunctional corporate relationships.”

Ms. Tarses resigned in 1999. She left ABC with one popular sitcom, “Dharma & Greg,” and one comedy that was a hit with critics, Aaron Sorkin’s “Sports Night.” She also put “The Practice,” a popular legal drama from David E. Kelley, on the ABC schedule.

“I just don’t want to play anymore,” she told The Los Angeles Times when she left ABC. “The work is a blast. The rest of this nonsense I don’t need.”

Sara James Tarses was born in Pittsburgh on March 16, 1964 to Jay and Rachel (Newdell) Tarses. The family moved to suburban Los Angeles, where her father became a successful sitcom writer (first on “The Bob Newhart Show”).

Ms. Tarses attended Williams College in Massachusetts, studying play structure and receiving a theater degree in 1985. She was a production assistant on “Saturday Night Live” in New York for a season before returning to Los Angeles in 1986 to become a casting director for Lorimar Productions. She joined NBC in 1987 in the “current” comedy programming division (shows already on the air), where she monitored scripts for shows like “Cheers” and “A Different World,” starring Lisa Bonet.

Brandon Tartikoff, NBC’s much-admired entertainment chief, became her mentor. He swiftly promoted Ms. Tarses to the network’s comedy development department, where she worked on “The Fresh Prince of Bel-Air,” which turned Will Smith into a household name; the oddball “Wings,” set at a New England airport; and “Blossom,” centered on a teenage Mayim Bialik.

Michael Ovitz, the polarizing former power agent, had become Disney’s president. He began talking to Ms. Tarses about taking over ABC. But she was under contract at NBC. Gossip swirled in Hollywood that she solved the problem by claiming that she had been sexually harassed by Don Ohlmeyer, a senior NBC executive. (Mr. Ohlmeyer blamed Mr. Ovitz for the rumor and publicly called him “the Antichrist,” leading to a media frenzy.) Ms. Tarses and NBC denied the story, as did Mr. Ovitz, but it continued to hound her, making the young Ms. Tarses appear as someone “who would do anything to get ahead,” as Ms. Hirschberg wrote.

When she arrived at ABC in the spring of 1996, Ms. Tarses was the second-youngest person ever to be the lead programmer of a network. (Mr. Tartikoff was 31 when he took over at NBC.) Her age, along with her status as the first woman to have that prestigious job, resulted in an unusual amount of scrutiny, often negative. Newsday, the Long Island newspaper, referred to her as “Minnie Mouse” in one article and “scarily ruthless” in another.

Karey Burke, who ran ABC from 2018 to 2020 and is now president of 20th Television, a leading TV studio, said of Ms. Tarses in a statement: “She shattered stereotypes and ideas about what a female executive could achieve, and paved the way for others, at a cost to herself.”

After quitting ABC in 1999, Ms. Tarses avoided the spotlight and remade herself as a producer. Several television pilots failed, but she ultimately found a few modest hits, including “My Boys,” a comedy created by Ms. Thomas and centered on a female sportswriter, and “Happy Endings,” a sitcom that dusted off the “Friends” formula.

“She was a hands-on, deeply involved producer who just so totally got my voice and my sense of humor,” Ms. Thomas said. “She knew how to pull the best out of you without trying to change your writing or make it into something different.”

In addition to her brother, Matt, Ms. Tarses is survived by her partner, Paddy Aubrey, a chef and restaurateur; their two children, Wyatt and Sloane; her parents; and a sister, Mallory Tarses, a teacher and fiction writer.

Even decades after she had left ABC, Ms. Tarses continued to serve as a lightning rod in Hollywood. To some, she was the victim of a misogynistic television industry. Others stubbornly viewed her as a callous climber.

“She had smarts, drive, family connections, money, the mentor everyone wished they had, very good looks, absolutely everything going for her,” Mr. Mandel said. “That automatically created jealousy and resentment.”

He continued: “Yes, she made mistakes. But the same could be said about any guy in Hollywood — especially then — and none of them had the added pressure of breaking a glass ceiling.”