Home » Business » Jobs lost to the pandemic will take years to return, a labor organization says. 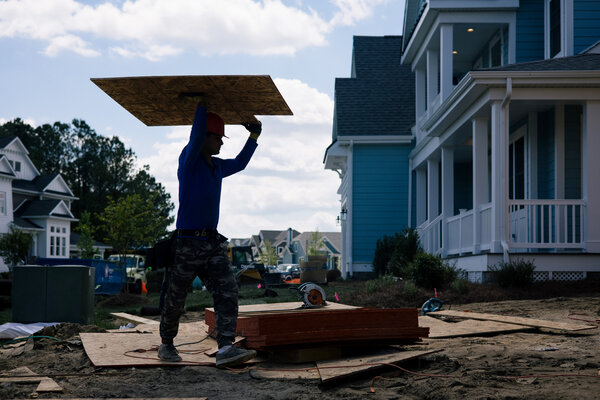 Global employment will take years to return to prepandemic levels, the United Nations’ labor organization said on Wednesday in a report that urged governments to build social protection systems to avoid the destabilizing effects of deepening economic and social inequality.

The pandemic wiped out around 144 million jobs last year, including a projected 30 million new jobs that would have been created, the International Labor Organization said in its assessment of employment and social trends.

“The hit on labor markets in terms of jobs, and in terms of the effect on people’s incomes, has been four times greater than the financial crisis,” Guy Ryder, the organization’s director general, said in an interview.

The organization expects to see significant growth in employment starting in the second half of 2021, but “this will be uneven and not enough to repair the damage caused by the crisis,” Mr. Ryder said.

Overall, the global economy is unlikely to restore those lost jobs until at least by 2023, and that will depend on progress in curbing the spread of the coronavirus, a prospect now overshadowed by its resurgence in Asia and parts of Latin America.

Rich countries, with access to vaccines and the financial resources to support wage-support plans, will recover faster. The United States is likely to face unemployment of around 5.1 percent this year, the report said, dropping to around 3.9 percent in 2022, a level marginally lower than at the start of the pandemic.

But around the world, some 205 million people will still be unemployed in 2022, up from 187 million before the pandemic started, the organization said, most of them in lower income and poor countries. “This unequal recovery risks accentuating still further inequalities in the world of work between countries and within countries,” Mr. Ryder said.

The pandemic has had a “dramatic” social impact, disproportionately hitting employment of women and youth; reversing progress in reducing forced and child labor, and sharply driving up the number of working people still trapped in poverty, Mr. Ryder said.

“It’s very difficult to make comparisons with the 1930s, but we’re in that sort of territory,” he said, referring to the Great Depression. “Unless we take care of what’s happening in the world of work and labor markets, there are some very unpleasant things that can happen in the world.”