A leading business lobby group has warned the government that the crisis resulting from the shortage of workers in key jobs could take up to two years to resolve, damaging the economic recovery from the coronavirus pandemic.

The CBI said the impact was widespread – beyond the well-publicised 100,000 shortfall in HGV drivers which has hit supplies to supermarkets and latterly pubs and fast food chains.

Its chief executive Tony Danker said that standing firm and waiting for shortages to solve themselves was no way to run an economy.

The remark follows a refusal by ministers to relax post-Brexit immigration rules and allow drivers from the EU back to resolve the distribution crisis. The CBI released its plea for government intervention just days after the recruitment industry told Sky News that the end of the Job Retention – or furlough – Scheme at the end of the month would provide no short term respite for the vacancy mountain.

The Recruitment and Employment Confederation (REC), which reported 1.66 million job openings at the end of last month, said those furloughed workers losing their jobs would need to reskill and likely change career completely to capitalise on the opportunities in the post-COVID economy.

Mr Danker called on ministers to marry skills policies to roles with the highest unfilled vacancies, add greater flexibility to the apprenticeship levy and use their “immigration levers” to alleviate short-term pressures.

He said welders, butchers and bricklayers could be added to the Shortage Occupation List to help “make a real difference”.

Mr Danker added: “While the CBI and other economists still predict growth returning to pre-pandemic levels later this year, furlough ending is not the panacea some people think will magically fill labour supply gaps.

“These shortages are already affecting business operations and will have a negative impact on the UK’s economic recovery. 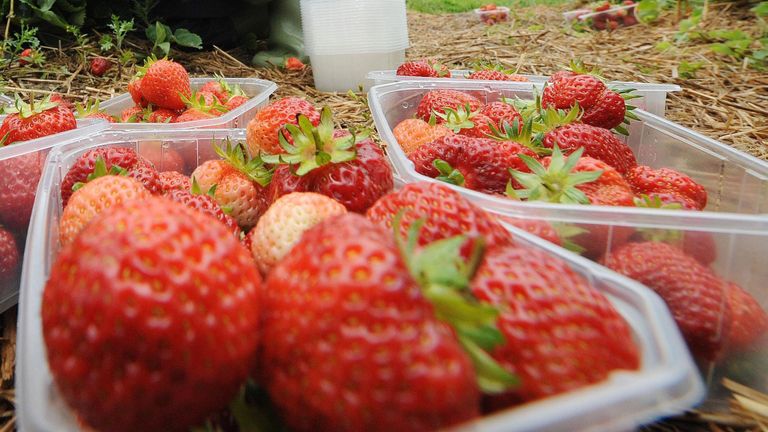 “Other European countries are also experiencing staffing shortages as their economies bounce back.

“In the UK, many overseas workers left during the pandemic, affecting sectors including hospitality, logistics and food processing, and new immigration rules make replacing those who left more complex.

“The government’s ambition that the UK economy should become more high-skilled and productive is right, but implying that this can be achieved overnight is simply wrong, and a refusal to deploy temporary and targeted interventions to enable economic recovery is self-defeating.

“The CBI has heard from companies actively cutting capacity because they can’t meet demand, like the hoteliers limiting the number of bookable rooms because they don’t have enough housekeeping staff and can’t get linen laundered.

“Meanwhile, some restaurant owners have had to choose between lunchtime and evening services when trying to make the most of summer.

“It’s also visible to consumers when lead-in times for purchases like kitchens or furniture double. “Employers back existing government schemes to get people back into work, and businesses are already spending significant amounts on training, but that takes time to yield results, and some members suggest it could take two years rather than a couple of months for labour shortages to be fully eliminated.”

A government spokesperson responded: “We are closely monitoring labour supply and working with sector leaders to understand how we can best ease particular pinch points. Similar challenges are being faced by other countries around the world.

“We want to see employers make long-term investments in the UK domestic workforce instead of relying on labour from abroad. Our Plan for Jobs is helping people across the country retrain, build new skills and get back into work.