CHICAGO (Reuters) – The largest U.S. air carriers have all signed letters of intent on federal loans to help them weather the novel coronavirus, with United Airlines warning employees that a surge in outbreaks was hitting bookings, threatening a travel rebound. 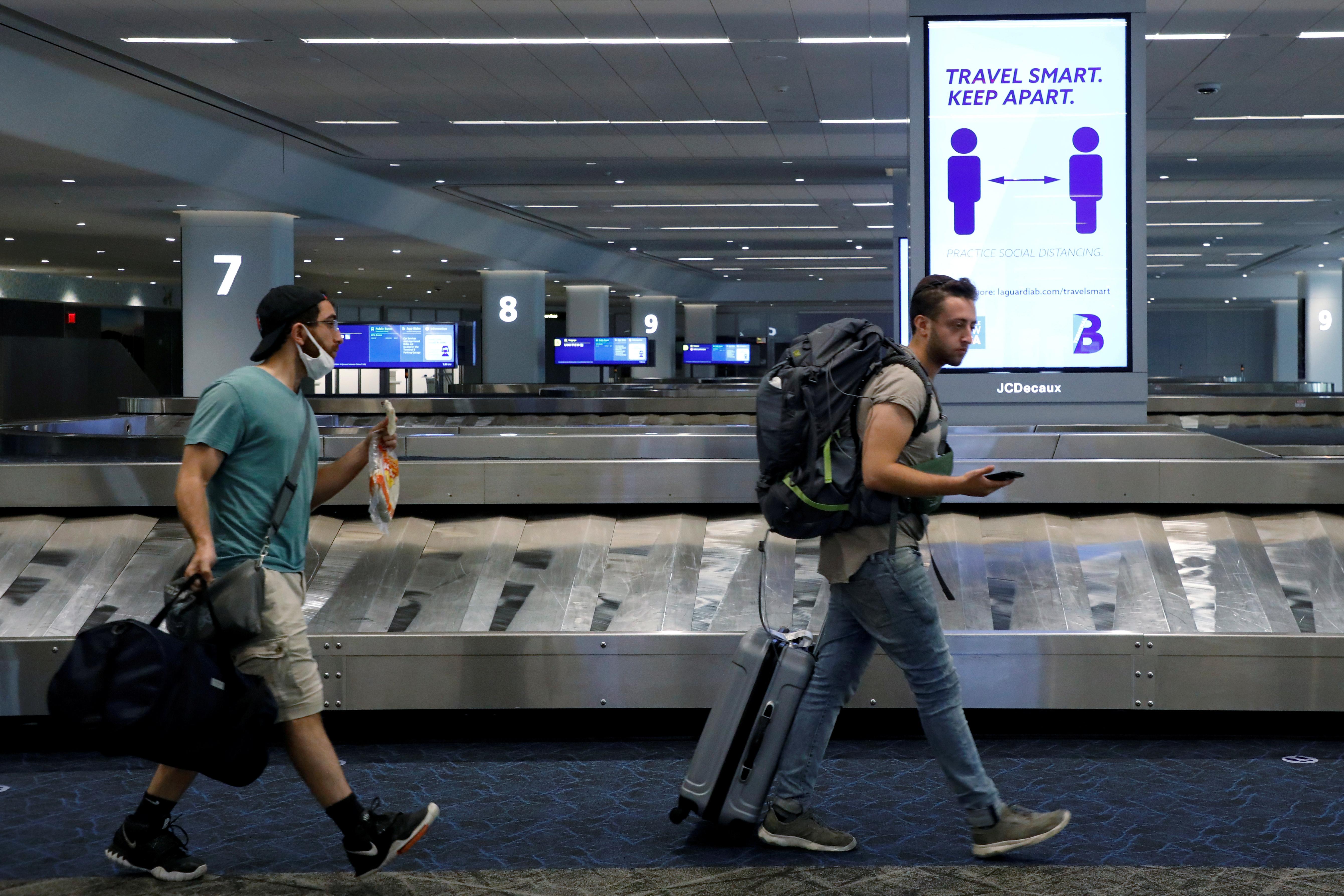 Airlines have already received $25 billion in payroll aid under the Coronavirus Aid, Relief, and Economic Security (CARES) Act passed by Congress in March, and are eligible for another $25 billion loan program.

United was among five carriers – along with Alaska Airlines, Delta Air Lines, JetBlue Airways, and Southwest Airlines – that the U.S. Treasury Department said on Tuesday had signed letters regarding the loan terms, which would include the issue of warrants and restrictions on executive compensation and share buybacks.

“We look forward to working with the airlines to finalize agreements and provide the airlines the ability to access these loans if they so choose,” Treasury Secretary Steven Mnuchin said in a statement.

Last week, the department said it had agreed on the terms for government loans under with five other airlines including American Airlines.

U.S. carriers, suffering the industry’s worst crisis as the coronavirus pandemic crushes demand, have until Sept. 30 to decide whether to take the loan. They can furlough or eliminate jobs starting Oct. 1.

Travel has picked up in some areas over the past two months as economies open up and travel restrictions loosen, though a recent spike in COVID-19 cases in some U.S. states has triggered more restrictions and started to weigh on bookings again.

In an internal presentation on Monday, United said reservations for travel within the coming month quickly began to slide after New York, New Jersey and Connecticut said they would require people arriving from hot-spot states to quarantine for 14 days, a person with knowledge of the matter told Reuters.

The slump was most pronounced at United’s Newark hub, where near-term net bookings were just about 16% of year-ago levels as of July 1.

United told employees to prepare to receive notifications of potential furloughs under the Worker Adjustment and Retraining Notification Act, known as the WARN Act, as soon as this week, the person said.

Raymond James analyst Savanthi Syth said in an investor note that the bookings trend was likely much broader than the New York area, noting that at least 14 states are requiring out-of-state visitors to undergo a 14-day quarantine.

Delta, which kicks off second quarter airline results on July 14, said last week that it may scale back the number of flights it had planned to add in August due to the surge in COVID-19 cases.

U.S. airlines have already drastically reduced their flight capacity and rushed to shore up capital while warning that tens of thousands of jobs could be at risk in the fall as the industry braces for a slow recovery.

In an effort to avoid forced job reductions, they are encouraging employees to accept early departure packages.