Ma Moe Sandar Myint is the leader of one of Myanmar’s largest garment worker unions. Until recently, the 37-year-old mother of three and former sewing machine operator would spend her days representing workers with labor complaints and helping members of the Federation of Garment Workers Myanmar unionize their factories.

But her life changed Feb. 1, the day a coup brought back full military rule to the country after years of quasi-democracy. When the internet was cut off, workers flocked to the union’s offices. Several days of informal meetings led to small-scale strikes on factory floors, spilling onto the streets outside and eventually feeding many of the increasingly deadly mass demonstrations that have taken place across Myanmar in recent weeks. Often seen at the very front, wearing a mask and white helmet, was Ms. Moe Sandar Myint.

Responsible for more than 20 marches, she is now one of a number of garment workers turned union organizers who have been catapulted from relative anonymity to the forefront of a swelling political movement. Many are women. And most say that past experience organizing militant strikes and tight local networks while building the country’s garment factory unions has played a key part of preparing them for this new role.

It also gives them an extra tool: the ability to attract the attention of international fashion brands, highly sensitized to scrutiny of the industry supply chain — and, through them, the wider world. Last month, as the police issued arrest warrants for union leaders across industries and sectors, workers held placards outside factories pleading for brands like H & M and Zara to come to their aid.

The garment industry has grown rapidly in the country since the removal of international sanctions in 2016. According to the European Chamber of Commerce in Myanmar, garments accounted for 31 percent of all exports in 2018, worth $4.59 billion. Although the majority of shipments end up in Asian countries like China or South Korea, more and more Western countries have become important markets as companies like H & M, Inditex (which owns Zara), Primark and Bestseller started sourcing from factories in Myanmar.

“Every factory is in a different situation now, but all need international brands to step forward and tell factory owners to unequivocally respect workers’ rights to assemble and freedom of expression,” Ms. Moe Sandar Myint said from a safe house. She moved there after the police raided her own home on Feb. 6. Leading protests by day and hiding by night, she had not seen her family since then. She noted that many garment workers were now being threatened and were scared for their jobs and their lives. 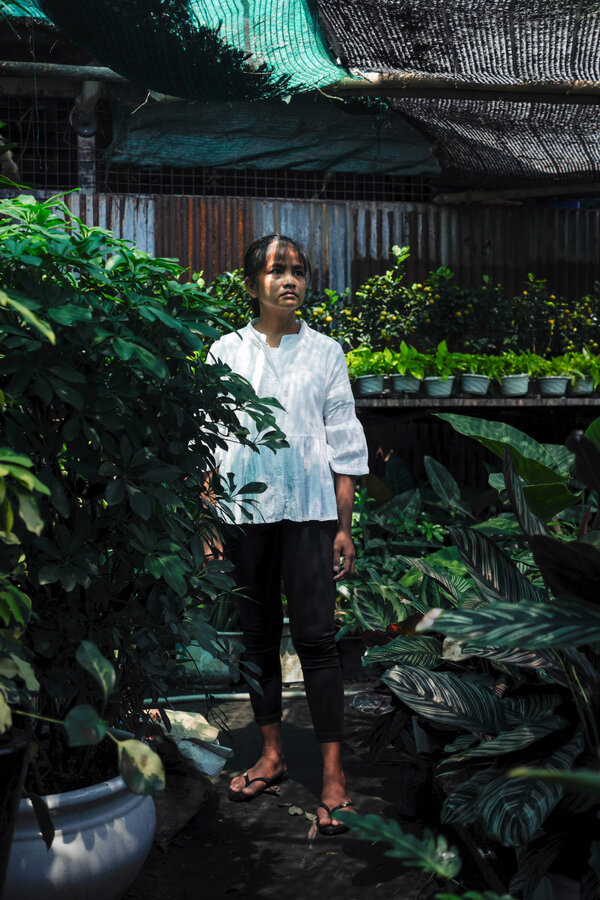 This week, H & M became the first major retailer to confirm that it would cease placing further orders with its 45 suppliers in Myanmar.

“Although we refrain from taking any immediate action regarding our long-term presence in the country, we have at this point paused placing new orders with our suppliers,” Serkan Tanka, H & M’s country manager in Myanmar, said in an email. He cited “practical difficulties and an unpredictable situation limiting our ability to operate in the country, including challenges related to manufacturing and infrastructure, raw material imports and transport of finished goods.”

He added that H & M was “extremely concerned about the situation in the country.”

The company’s action followed a statement last month from H & M, Inditex, Bestseller and Primark that stressed they were paying attention to events and affirmed their commitment to democratic standards. The brands are all signatories of ACT, or Action, Collaboration, Transformation, an agreement brokered between brands and the global trade union IndustriALL. It is meant to ensure that workers using collective bargaining and freedom of association can negotiate living wages.

This week, alongside public servants, medical and bank workers as well as teachers, Ms. Moe Sandar Myint and other union leaders continued calls for an extended nationwide strike, one that would paralyze the Myanmar economy and send a message to the generals who had taken over the country at gunpoint.

Ma Tin Tin Wei, 26, makes men’s jackets for the Italian brand OVS and other labels. A garment worker for five years and union leader for four, she organized a strike on her factory floor after the coup in which workers wore white blouses and red ribbons and sang famous historical songs and anthems (a move allowed by factory management). She worked just six days in February, spending most of her time sending letters to embassies, thinking about social media campaigns and preparing for the strikes.

“If there were rights violations before in factories, then under a military regime there is no question that things will be even worse for garment workers with low-wage jobs,” she said. “This is a fight I must take on. We can’t accept this, even if it means risking arrest or death. It’s for me, my family, my union colleagues and all the people of Myanmar.”

A recent study suggests the number of people making less than $1.90 a day in Myanmar has more than tripled, to 63 percent of the population, since the pandemic began. Now, after a year of Covid-19-induced shutdowns, layoffs, pay cuts and union crackdowns, tens of thousands of garment workers have been spurred into civil disobedience in recent weeks, as the coup threatens both their freedom and the industry.

Factory owners, however, are torn between allowing workers to attend rallies and facing the wrath of the police for letting them. Many also fear a possible reintroduction of sanctions, and that the growing instability will push valuable international brands away. But several of the garment union leaders said they were prepared to make whatever sacrifices were necessary — including mass layoffs as a result of potential sanctions — to defeat the military dictatorship.

Although the majority of Myanmar’s 700,000 garment workers remain unorganized, unions have played a significant role in shaping their working conditions. Mass strikes and union demands led to the establishment of a minimum wage in 2015. Last year, as the fallout of the pandemic hit orders and factories did layoffs, several garment unions claimed that management was using Covid-19 as a pretext to disband unions and threaten local leaders.

International fashion brands that source from foreign markets often don’t employ the workers directly, but rely on second- and third-tier suppliers, which is why they say ensuring workers’ rights can be difficult. Ninety percent of the country’s garment workers are women. Most come from smaller cities or rural villages and move to Yangon for the opportunity. Laboring up to 11 hours a day, six days a week, most live in dormitories with other garment workers and send parts of their salary home to their families. It’s a way of life that has left them particularly vulnerable since the coup started.

“Women garment workers in particular have a lot to lose,” said Shelley Marshall, an associate professor at the Business and Human Rights Center at RMIT University in Australia. “Many are easy targets for the military in their dormitories and being far from home.”

Mai Ei Ei Phyu, who leads a union with roughly 500 members at a factory that makes jackets for Adidas and BSK, a brand owned by Inditex, was in hiding after the police went to her hostel looking for her. She said she was proud of the leadership role that garment unions had taken in the early days of the struggle, and the role of young female garment workers.

“We were important because we started the protests and came out on the streets early and set a good example for other people across the country,” she said. “People are proud of us. I do what I do now for my son and daughter and the next generation, so they don’t have to live under the hardships of a dictatorship as I did when I was their age.”

For Ms. Moe Sandar Myint, the challenges ahead are vast. Scores of claims are coming in from garment workers who have been fired or had salaries cut, placing fresh pressures on union members already stretched. The junta has steadily escalated its use of force, using tear gas, water cannons, rubber bullets and live rounds at rallies across the country. Seeing the deaths of protesters, particularly young ones, was heartbreaking for her.

“The more I see their suffering, the more I want to fight, even at the risk of death,” she said. “This might end with my blood being spilled, but I won’t stop now.”