Retailers have stopped carrying its products, though Mike Lindell, the founder and face of MyPillow, blamed “cancel culture” and said he didn’t think it would last. 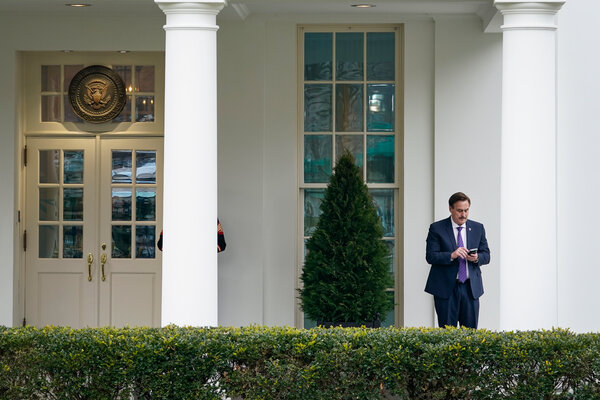 By Sapna Maheshwari and Tiffany Hsu

For the past four years, most American corporations have tried to avoid the appearance of partisanship while also distancing themselves from the inflammatory rhetoric of former President Donald J. Trump and his supporters, walking a tightrope to keep customers and employees happy.

It has been a different story for MyPillow. Mike Lindell, the company’s founder and chief executive, has remained one of Mr. Trump’s most fervent supporters. His sustained peddling of debunked conspiracy theories about election fraud got him barred from Twitter on Monday night. With retailers like Kohl’s and other major companies cutting ties with the privately held manufacturer, Mr. Lindell has managed to make his pillows partisan.

“It goes to my money, you know where my money’s going,” Mr. Lindell said in an interview this month with a pro-Trump online channel called Right Side Broadcasting Network, offering a discount code for viewers to use on MyPillow’s website.

Mr. Lindell’s baseless claims of election fraud have prompted a backlash against MyPillow in recent weeks, with several retailers deciding to stop carrying its products, an example of just how strongly his personality dominates the public perception of his company.

Mr. Lindell, a former crack cocaine and gambling addict, founded the company after the idea for MyPillow came to him in a dream in 2004, according to his memoir. He is now a devout Christian and credits God with aiding his recovery.

MyPillow is based in Chaska, Minn., and Mr. Lindell said in an interview this week that it employed nearly 2,500 people. Its products — it carries more than 100 — have been widely distributed in national chains, and Mr. Lindell’s face is prominently featured in infomercials and boxes carrying its patented pillows. Two former MyPillow employees, who spoke on the condition of anonymity because they feared retaliation, said they were asked to display multiple cardboard cutouts of the executive in stores and to play his infomercials.

Politics became a bigger part of Mr. Lindell and MyPillow’s identity in the past decade, following the success of its infomercials, which first aired in 2011 and were later a hit on Fox News, according to the memoir and interviews with former employees.