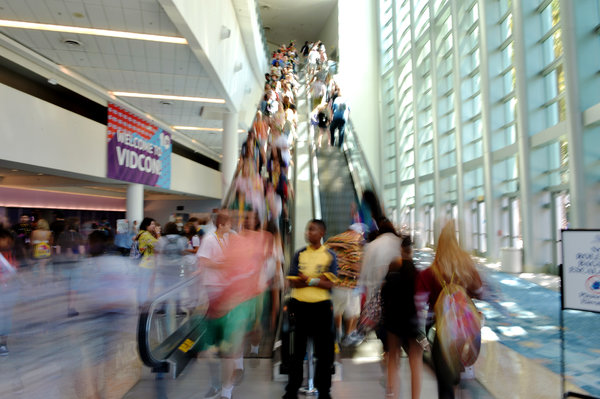 VidCon, the annual online video convention that has become the biggest event in the influencer industry, is returning to the Anaheim Convention Center in California this fall. And it has a new top sponsor: TikTok.

The announcement on Tuesday, which was first reported by Variety, solidified the app’s ascendancy after a year of tremendous growth and reflected a changed social media landscape, one where overnight stardom is more likely to happen on TikTok than on YouTube, which had been VidCon’s top sponsor since 2013.

TikTok, which was introduced in the United States in 2018, made a memorable appearance at the last VidCon, in 2019. Its splashy party drew such a crowd that hundreds of creators were left standing at the entrance.

This year, the company’s presence will only be bigger. TikTok will bring many of the app’s top creators to appear at events, and an executive at the company will deliver the keynote address.

Since its founding in 2010, VidCon has been an opportunity for creators to network with executives in entertainment and technology; source brand deals; socialize; and meet fans. Last year’s VidCon drew more than 75,000 attendees.

In years past, YouTubers dominated the convention, but the creator economy has changed substantially in the last year.

A YouTube representative said that the company would maintain a large presence at this year’s event, which is scheduled to take place Oct. 21-24.

“We prioritized the health and safety of our creators, fans and employees as we thoughtfully worked through our VidCon plans months ago,” the representative wrote in an email. “We are excited to continue our investment in our creators and VidCon as we have done since 2013 through new and different opportunities as part of the overall program.”