Home » Business » U.S. and E.U. Agree to Suspend Feud Over Aid for Airbus and Boeing

President Biden participated in a round-table summit on Tuesday in Brussels, where he announced the end of a bitter, 17-year dispute with the European Union over aircraft subsidies for Boeing and Airbus.

“Aren’t you tired of seeing me?” “What a pleasure.” “Great relationship with NATO and the E.U. I have a very different view than my predecessor. So I’m looking forward to talking to you all about what we’re about to do, and I’m anxious to meet.” “— to support more prosperity.” “It’s a great pleasure to have you here in Brussels, and the feat that you’re coming so early in your mandate.” 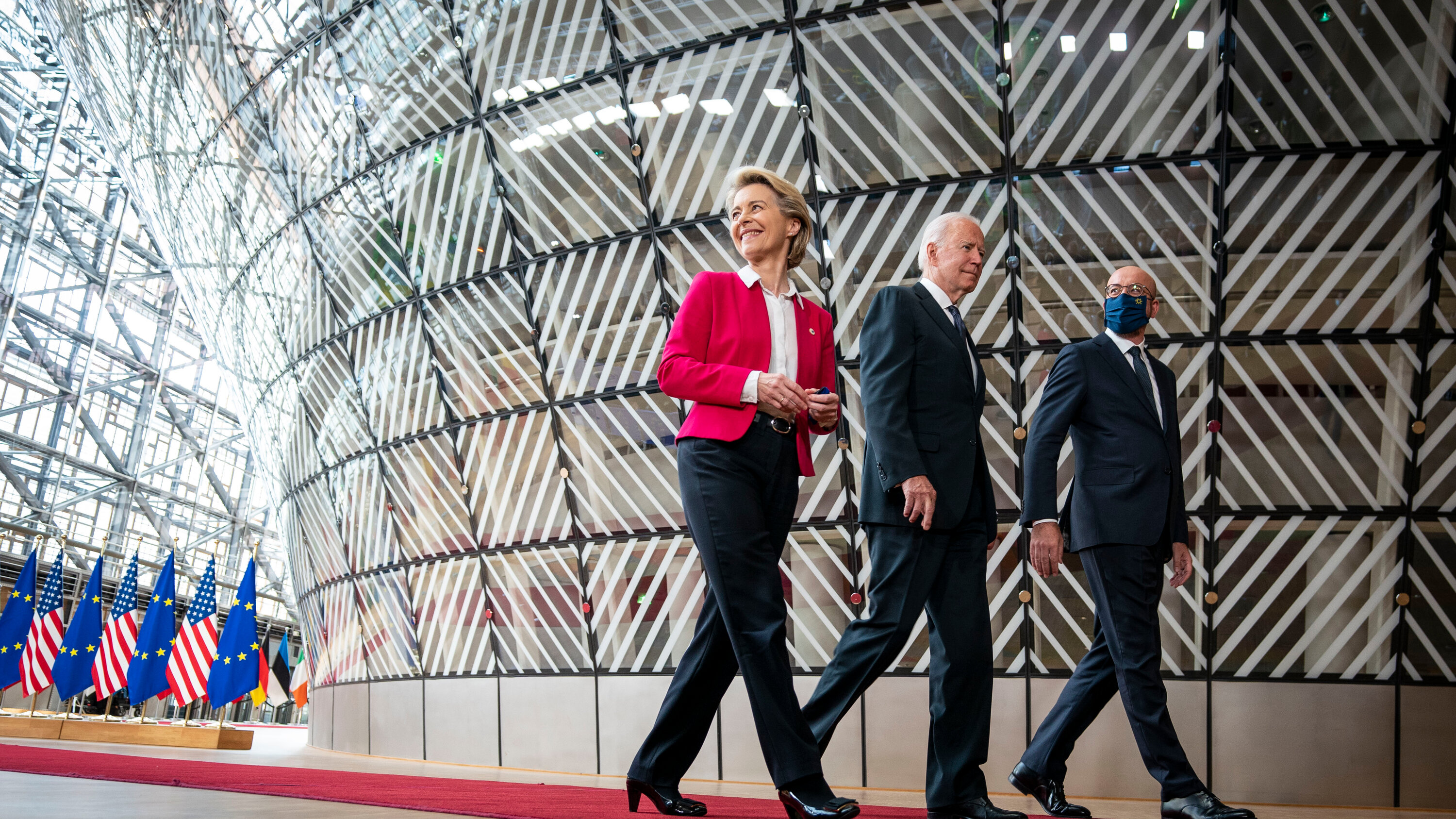 BRUSSELS — President Biden on Tuesday announced the end of a bitter, 17-year dispute with the European Union over aircraft subsidies for Boeing and Airbus, suspending the threat of billions of dollars in punitive tariffs on each other’s economies for five years and shifting their focus to China’s growing ambitions in the aircraft industry.