WASHINGTON (Reuters) – The U.S. economy grew moderately in the fourth quarter, the government confirmed, and is facing a bumpy road in early 2020 amid the fast-spreading coronavirus that has left financial markets fearing a recession. 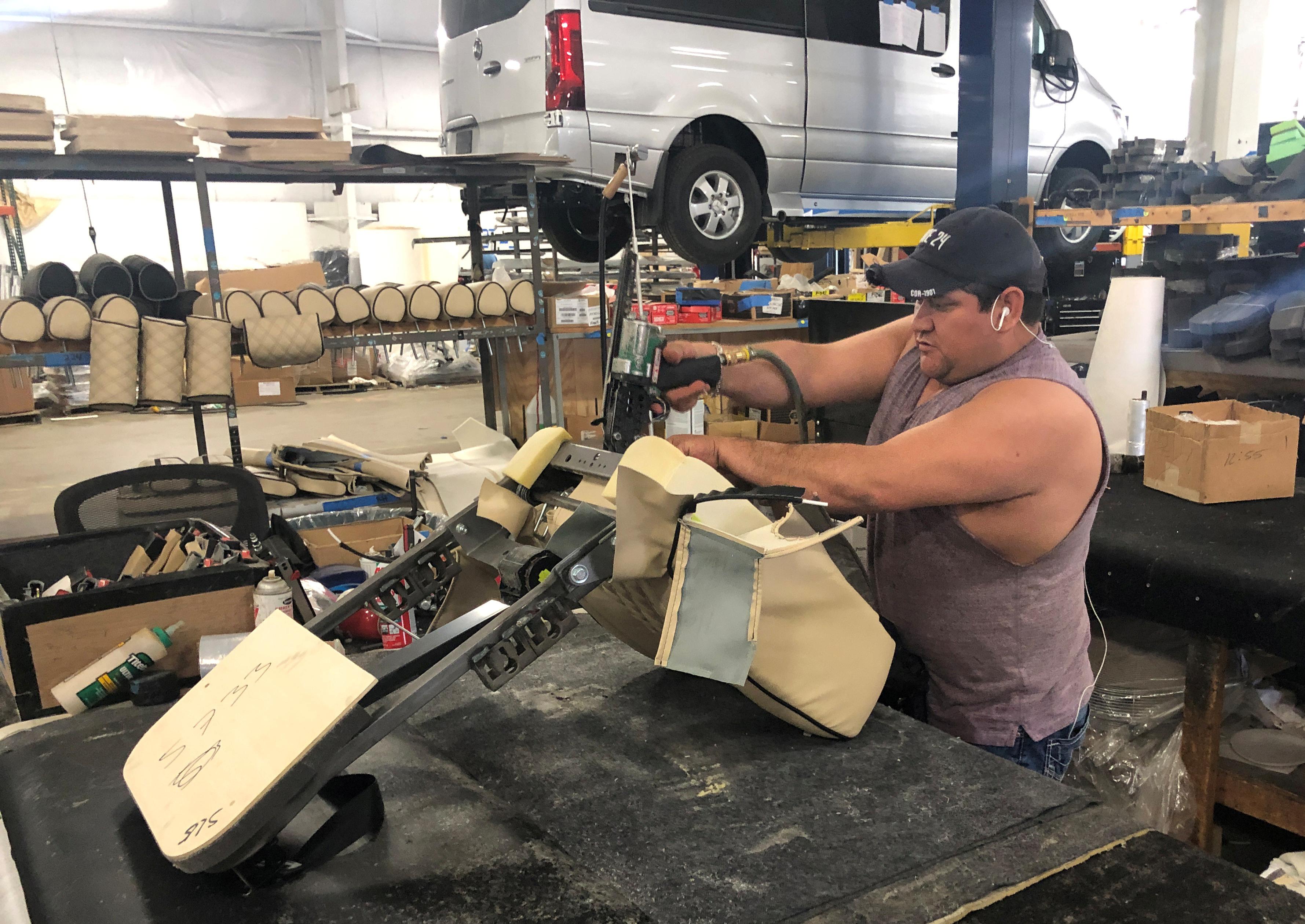 Though other data on Thursday suggested some stabilizing in business investment in January and the labor market remained solid, that failed to calm jittery investors. Wall Street’s main indexes dropped for the sixth straight session and slid into correction territory. The yield on the 10-year U.S. Treasury note touched an all-time low for the third consecutive day.

“Markets are voting and saying they think the U.S. is on its way to recession,” said Chris Rupkey, chief economist at MUFG in New York. “And frankly at this stage after the coronavirus-related slowdown in travel plans that has busted the global supply chain apart, it will be a miracle if we avoid a recession.” Gross domestic product increased at a 2.1% annualized rate, supported by a smaller import bill, the Commerce Department said in its second estimate of fourth-quarter GDP. That was unrevised from last month’s advance estimate and matched the growth pace logged in the July-September quarter.

The economy grew by an unrevised 2.3% in 2019, the slowest annual growth in three years and missing the White House’s 3% growth target for a second straight year.

Financial markets see the coronavirus epidemic as the catalyst that could break the longest economic expansion on record, now in its 11t year. This could hurt President Donald Trump who is seeking a second term in office in the Nov. 3 election. Trump on Wednesday assured Americans the risk from coronavirus remained “very low,” and said public health officials were preparing to do “whatever we have to,” to deal with the outbreak.

The coronavirus has killed more than 2,000 people and infected at least 80,000 people, most of them in China. Money markets have boosted their bets on the prospect of more Federal Reserve interest rate cuts. The U.S. central bank cut rates three times last year. The coronavirus outbreak will challenge the Fed’s view to keeping monetary policy on hold at least through 2020.

Though there is so far no real evidence that the coronavirus epidemic is impacting the U.S. economy, economists expect the struggling manufacturing sector to take a hit through supply chain disruptions and exports.

Apple has already warned investors it was unlikely to meet revenue targets for the first quarter and that global iPhone supplies would be limited as manufacturing sites in China were not ramping up production as quickly as expected.

Pain for the services sector could come via the travel and tourism industry. The stock market sell-off if it persists could erode consumer confidence and hurt consumer spending, which is already slowing. Economists also worry that corporate profits could come under pressure and undercut the labor market, the economy’s main pillar of support.

Despite the unrevised reading to last quarter’s GDP growth, which was in line with economists’ expectations, consumer spending slowed more than previously reported. There were also downgrades to business investment and government spending, offseting upward revisions to investment in homebuilding and inventory accumulation.

Business investment fell at a steeper 2.3% rate in the fourth quarter, instead of the previously reported 1.5% pace. It was the third straight quarterly decline and the longest such stretch since 2009. There were downward revisions last quarter to spending on equipment, mostly light trucks.

Investment in intellectual property products like software was also downgraded, eclipsing upgrades to spending on nonresidential structures such as mining exploration, shafts and wells. Business investment could, however, be stabilizing.

But these tentative signs that the business investment downturn could be drawing to an end could prove temporary.

“At the beginning of 2020 the outlook for manufacturing was for a modest rebound from the softness that characterized 2019,” said Andrew Hollenhorst, an economist at Citigroup in New York. “However, the economic impacts of the virus may disrupt the nascent recovery.”

In addition to the coronavirus epidemic, Boeing’s (BA.N) suspending of production of its troubled 737 MAX plane starting last month is expected to weigh on the factory sector. Goldman Sachs on Sunday cut its first-quarter gross domestic product growth estimate by two-tenths of a percentage point to a 1.2% annualized rate. Growth estimates for the January-March quarter were already on the low side because of Boeing’s biggest assembly-line halt in more than 20 years.

Growth in consumer spending, which accounts for more than two-thirds of U.S. economic activity, slowed to a 1.7% pace in the fourth quarter, instead of the previously reported 1.8% rate. A strong rebound is unlikely, especially if the stock market rout spreads to the labor market. A separate report on Thursday showed applications for unemployment benefits increased 8,000 to 219,000 last week, though the underlying trend remained consistent with solid labor market conditions.