NEW YORK (Reuters) – As the U.S. economy begins to emerge from the sharp slowdown during the coronavirus pandemic, some fund managers have been drawn to value stocks, a sector that underperformed during the recent rally. 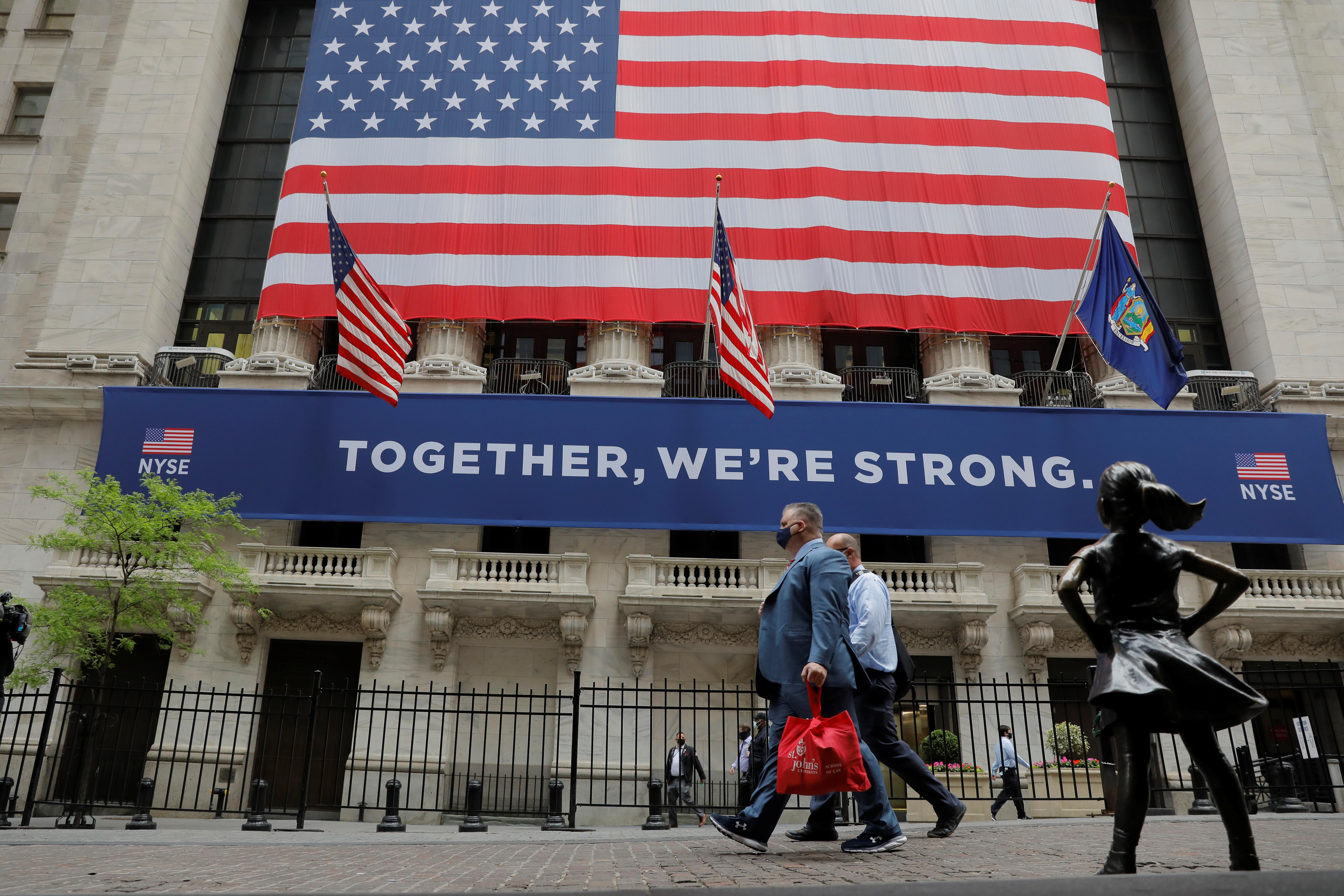 Value stocks, which typically sport lower price-to-earnings valuations, tended to underperform growth stocks during the bull market that ran for more than a decade and ended this year.

That pattern has recently reasserted itself: The S&P 500 Value index was up just 4.5% over the last month compared to a 5% gain in the S&P 500 Growth index.

Yet better-than-expected readings on U.S. employment and other indicators have money managers thinking about lightening up on the stocks driving the rally in favor of sectors such as financials and energy. A sustained bounce in these economically sensitive areas could be an encouraging signal for the nascent recovery, investors said.

The coronavirus pandemic “reset the economy back to a recession, and now you’re in a brand new economic cycle. That typically favors value names,” said Ernesto Ramos, head of equities at BMO Global Asset Management.

Ramos has been buying shares of companies he believes will get a boost when consumer spending rebounds, including Sprouts Farmers Market Inc (SFM.O). Shares of the company trade at a trailing price two earnings ratio of 15.5, well below the broad S&P 500’s trailing ratio of 22.2. He also owns shares of PepsiCo Inc (PEP.O) and U.S. supermarket chain Kroger Co (KR.N).

Phil Orlando, chief equity market strategist at Federated Hermes, has been shifting away from technology and healthcare stocks and into financial and energy companies. Technology stocks in the S&P 500 are up nearly 30% since the start of April, while finanical stocks are up 20%.

“We think they will provide leadership here as the market starts to shift from a risk-off position to more of a risk-on,” he said.

Investors will watch a raft of U.S. data next week including retail sales and business inventories for more evidence of an economy on the mend. On Thursday, the S&P 500 notched its biggest daily drop since mid-March after a cautionary economic forecast from the U.S. Federal Reserve and concerns over a possible resurgence of Covid-19.

“We’ve always said that what started with the virus will end with the virus,” said Katie Nixon, chief investment officer at Northern Trust Wealth Management.

Increased uncertainty over growth or the pandemic’s trajectory could push investors back into the growth companies that have delivered performance in recent months, even as the U.S. economy reeled from countrywide shutdowns, she said.

Despite those concerns, some fund managers who have benefited from the jump in momentum stocks are becoming more cautious, expecting that value will soon regain favor.

“In the short-term, people have been hiding out in a handful of names,” said Mike Lippert, portfolio manager of the Baron Opportunity Fund. “Sooner or later we will get a real economic recovery and from that point the stocks that were thrown out will lead the market.”