WASHINGTON (Reuters) – U.S. air travel was shut down for three days after the Sept. 11, 2001, attacks. It took three years for the industry to recover despite toughened passenger screening and the creation of a new agency devoted to transportation security. 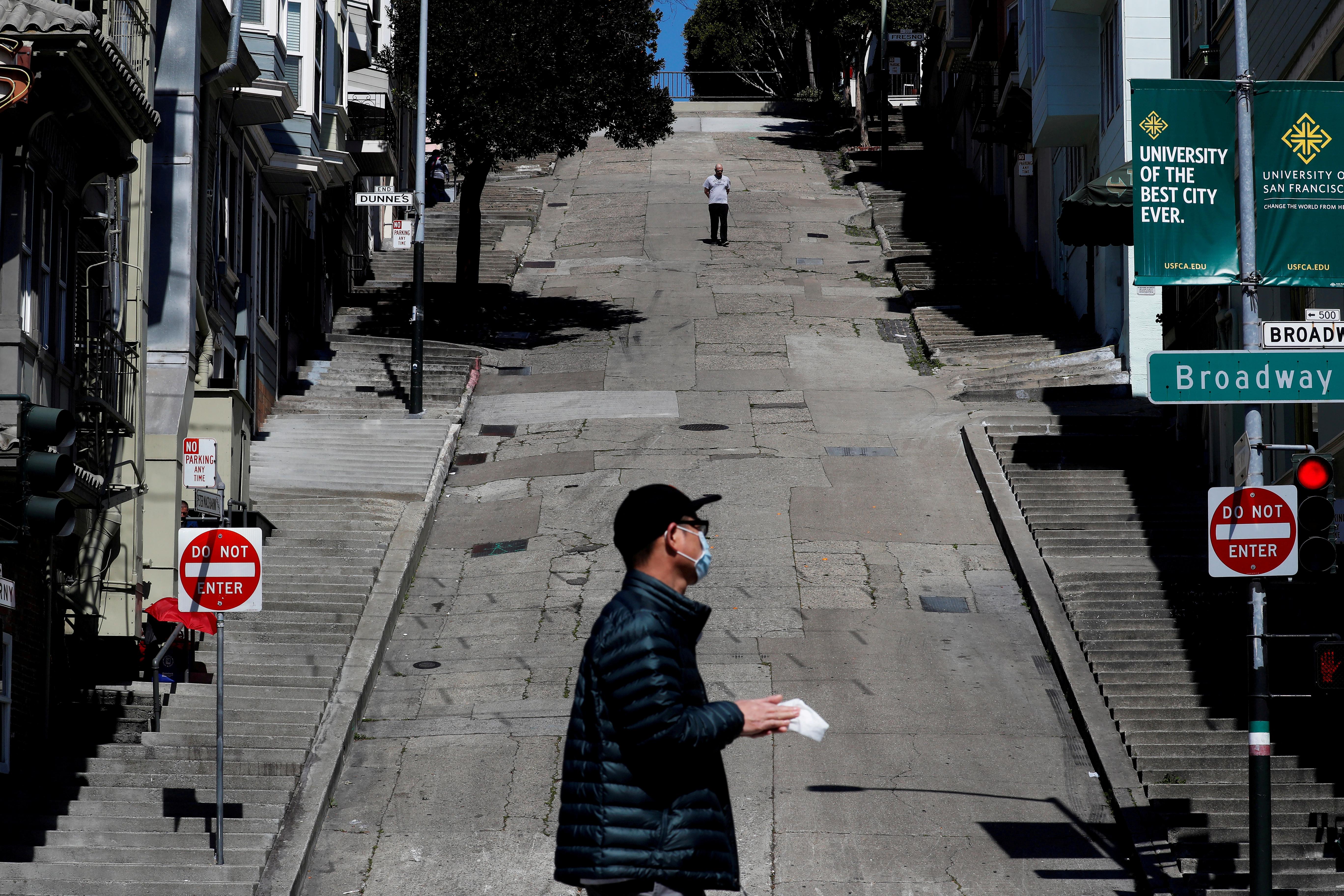 When home construction started tumbling in 2006, ahead of the financial crisis and recession, it was a full five years before the balance between builders and buyers was healthy enough to allow construction to start growing dependably. Some research suggests a whole generation of potential homebuyers was scarred by the episode and remains on the sidelines.

As state governors and the Trump administration spar over when to restart an economy devastated by the outbreak of the novel coronavirus, they might keep those examples in mind: When public behavior suffers a shock, it is slow to recover.

“This is different than the last crisis and it is more challenging to understand. We have a health aspect and an economic aspect, and we cannot really separate those,” Clark Ivory, chairman of Utah homebuilder Ivory Homes, said in a seminar on business survival last week sponsored by the David Eccles School of Business at the University of Utah.

“It is going to be a three-year challenge.”

President Donald Trump, a Republican, is eager to put the coronavirus crisis behind and allow normal business and social activity to begin resuming as early as May. A collection of mostly Democratic governors in coastal states responsible for much of U.S. economic activity have set up their own working groups and said they would be guided by science and public safety concerns.

The economic damage is mounting.

Some 16 million people filed unemployment claims in the last three weeks alone and retail sales collapsed 8.7% in March, the biggest drop on record. The federal government has committed more than $2 trillion to emergency spending measures, taking on debt levels that will rival those of World War II. [nL2N2C227V]

Meanwhile, JP Morgan Chase & Co (JPM.N) on Tuesday kicked off what is likely to be a gruesome corporate earnings season. The largest U.S. bank reported its profit plunged by more than two-thirds in the first quarter as it put aside nearly $7 billion in reserves to protect it from a wave of potential loan defaults in the months ahead.[nL3N2C22TW]

But short of a broadly deployed coronavirus vaccine or effective testing and treatment system, any reopening of the economy will likely be constrained, economists and business leaders agree.

There is no doubt that this downturn will be historic in depth. But the nature of the event behind it is the core hurdle to an economic restart: A health crisis that has killed more than 28,000 people in the country, according to a Reuters tally, and has left fear and confusion in its wake.[nL2N2C30V2]

Behavioral economists note that even much smaller shocks to how people perceive the world can cause lasting effects in how they behave.

Millennials are still not buying homes at expected rates, having lived through the 2007-2009 housing collapse and recession, research has found. Philadelphia Federal Reserve researchers found that people who got drivers licenses during the late 1970s oil shock still don’t buy as much as gas as others.

“Loss aversion” is a powerful sentiment. Some research suggests it gets stronger when people feel outcomes depend not on random chance but on their personal choices – in this case whether to return to a movie theater, restaurant or sporting event.

Asked about the tourism-dependent South Florida economy, Bostic said if “people don’t feel like they are exposed to disproportionate risk … there is a good chance that we might see a very strong boost … If the answer is no, then things could get a bit rocky.”

U.S. consumer and business sentiment has fallen dramatically. Economists have begun trying to build that information and incoming economic data into medium-term projections about the depth of the hit and the pace of the recovery.

In a recent analysis, a group of researchers including Stanford University professor Nick Bloom, creator of an often-cited uncertainty index, projected gross domestic product by the end of this year would still be down 11% from 2019.

The analysis began with a litany of questions that boiled down to one: When will it be safe to go outside? Uncertainty around that question may account for as much as half of the lost output, they found.

WHAT SHAPE A REBOUND?

Separate forecasts by top economists last week now see elevated levels of joblessness for at least 18 months, a blow to consumer spending and a drag on business investment too.

For economic growth to resume, “the necessary condition is the mandated shutdowns be released. That is likely to be state by state, in some cases even city by city,” Chris Varvares, co-head of U.S. economics at IHS Markit, said in an online discussion this week with the National Association for Business Economics.

“It is not a sufficient condition. We need consumers to resume their daily lives. That will be tied to the number of new (coronavirus) cases … (and) whether the treatments that are in trial are effective.”

Economists debating the shape of the economic recovery have been challenged to go beyond the standards: a fast “V” versus a drawn out “U.” 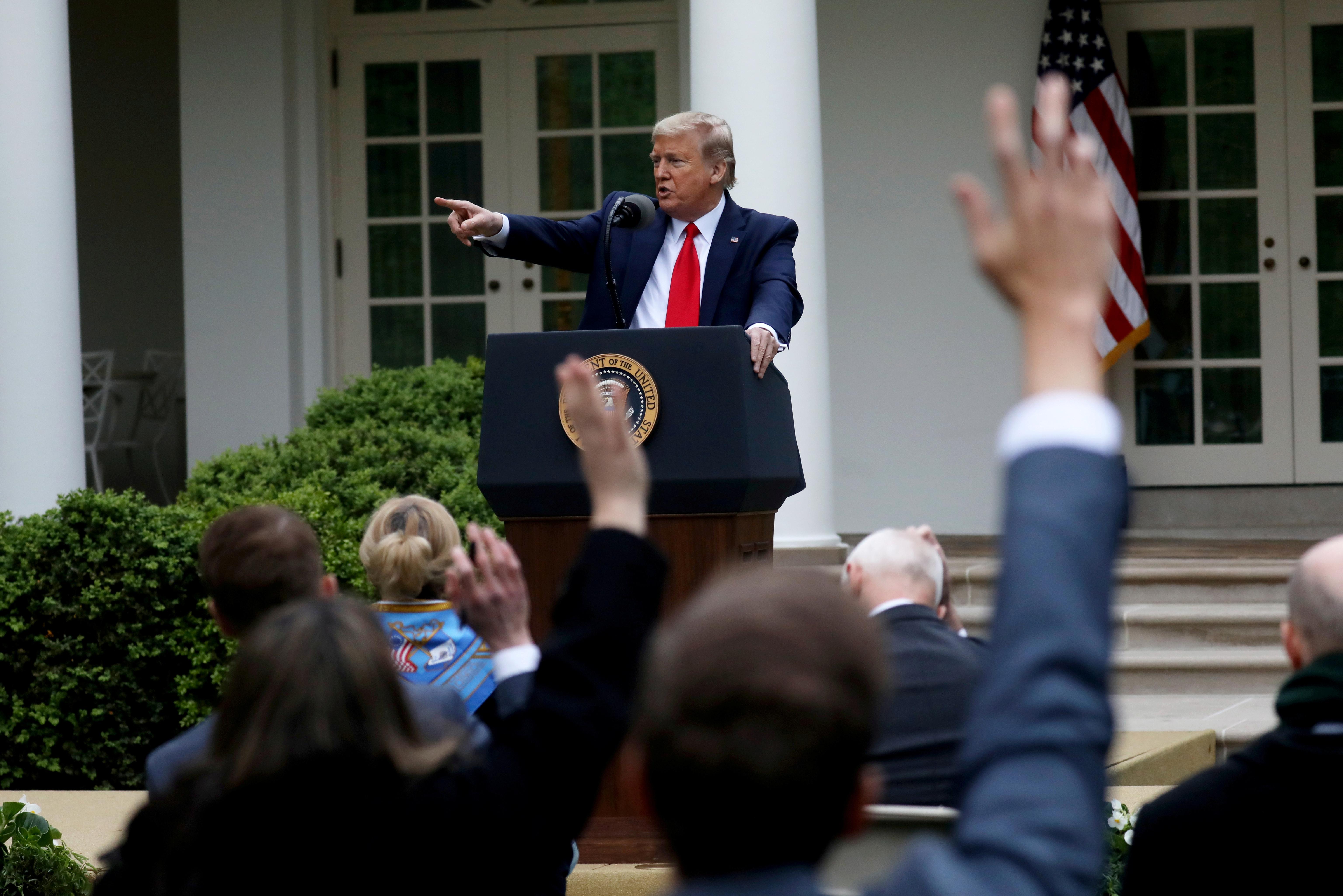 Predictions are now emerging of a “W” that cycles up and down a few times with resurgences of the virus, “checkmark” shapes that take an extended period to recover lost ground, or even a “stairstep” – the bounce Trump is anticipating followed by a long period with little growth until a vaccine is found.

California Governor Gavin Newsom, a Democrat, has sketched out what reopening the nation’s most populous state could look like. Restaurants may reopen with only half their usual seating capacity; face masks will be ubiquitous; school attendance may be staggered; mass gatherings banned.