After years of lagging performance, practitioners of an old approach to investing are hoping their time is nigh. 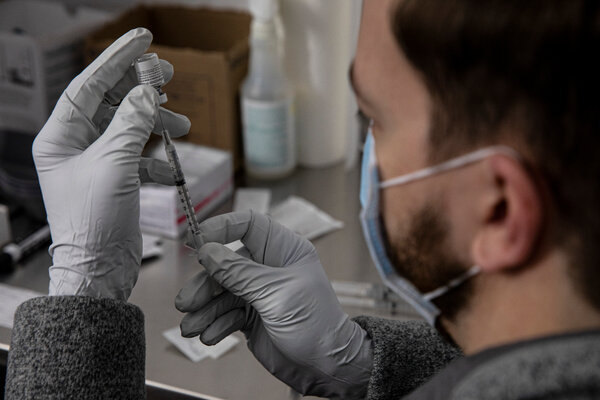 Value investors have had a tough decade, with growth stocks stealing the investing show.

But with vaccinations underway and the possibility of a return to something resembling normality rising, overlooked so-called value stocks have begun to show some signs of life. These are generally stocks that trade at lower price-to-earnings and price-to-book-value ratios than some investors think the companies are worth. And since Oct. 28, for example, the same Russell 1000 Growth Index gained 9.73 percent through December, while the Russell 1000 Value Index rose 15.14 percent.

One leading fund,the Vanguard S&P 500 Value Index Fund. includes stocks like Verizon, Bank of America and Walmart. Warren E. Buffett is a value investor, and his company, Berkshire Hathaway, is held by the fund. So are some of Berkshire’s holdings, like Coca-Cola and JPMorgan Chase.

Such stocks have been surpassed in the market by so-called growth stocks — which grow at such a rapid rate that investors focus more on their apparently glowing future than on corporate profits, which may be negligible or nonexistent.

In recent years, growth stocks, particularly the internet wonders Facebook, Apple, Amazon, Netflix and Alphabet (the parent of Google), have soared. The pandemic has helped their businesses by keeping many people at home and online, and low interest rates have led many investors to raise their estimates of the companies’ values. (Business schools around the world teach that low rates raise the present value of future cash flows.)

Still, many value managers hope that stocks of traditional businesses that show profits but are not growing at breakneck paces — as diverse as oil, banking, luxury goods and manufacturing — will soon have greater gains.