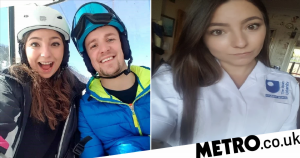 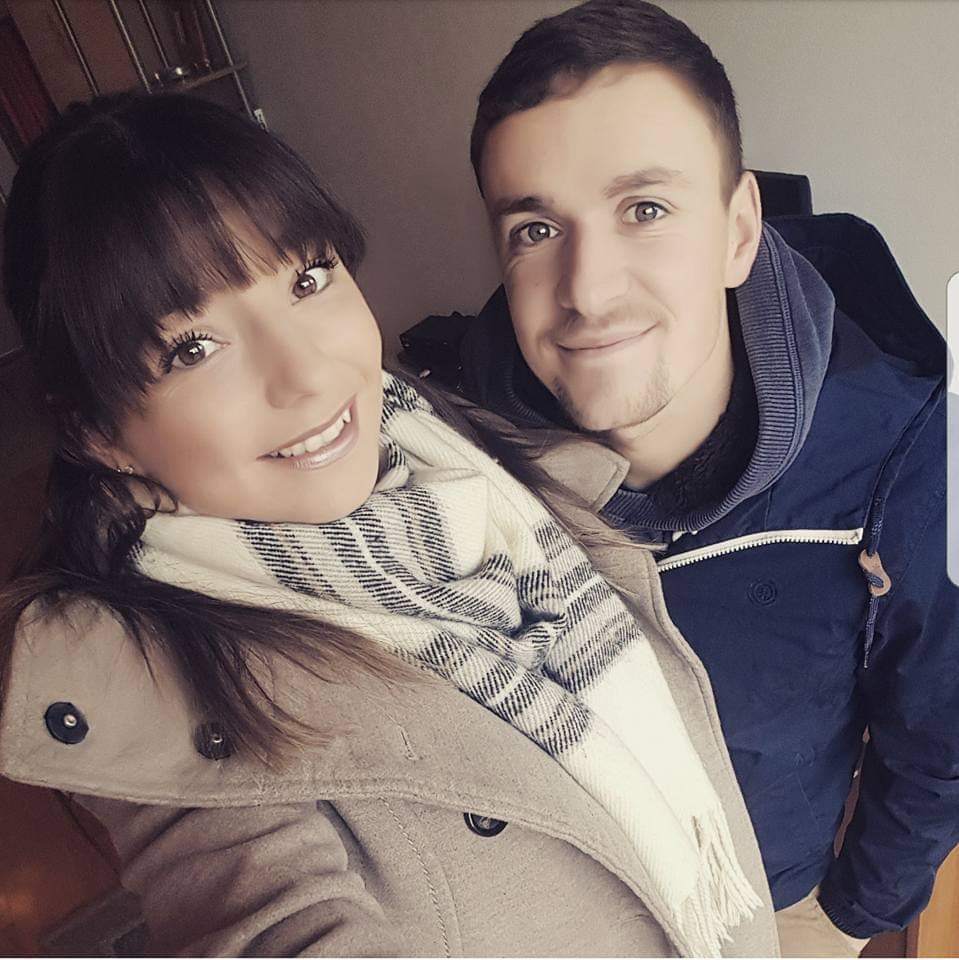 Jess Verrall, a 28-year-old from Cornwall, never thought she would be diagnosed with breast cancer before the age of 30.

The student nurse had to have a mastectomy and go through invasive fertility treatment after the shock diagnosis in January this year.

On top of all of this stress, Jess also had her wedding cancelled last year amid the pandemic.

Despite the ordeal, Jess was determined to continue her studying and take her nursing exams.

‘I came out in a rash on my chest from chlorine in a hot tub in Oct 2020 where by coincidence I found a lump in my breast,’ Jess tells Metro.co.uk.

‘I left it for 10 weeks due to Covid restrictions – the medical centre was only offering emergency appointments. Eventually, alcohol lexapro I made an appointment in November where I was referred to the breast clinic.’

Jess, who is from Cornwall, says the pandemic meant referrals took longer than normal, and then it was Christmas, but she was finally seen in January.

‘The consultants and radiographer looked baffled at my lump and ultrasound, they decided to take a biopsy and said I would hear back in two weeks,’ she says.

‘Shortly after, I received a voicemail saying I had a pre-booked appointment and I could bring someone with me. I have never felt so sick in my life.

‘I had to attend all appointments alone except for that one, and I just knew in my gut something was wrong.’

Jess was diagnosed with invasive ductal carcinoma, stage 1. The news took her breath away, and she was in total shock.

‘I had my partner Simon with me, and I was convinced he didn’t need to come in to the consulting room with me,’ says Jess. ‘But then the nurse just looked at me and said he needed to be there with me. I just knew the news wasn’t going to be good.

‘I don’t remember what the consultant said other than “cancer” and “fertility clinic.” I was more worried about my partner sat next to me, our whole life had just crumbled in a second.

‘It was difficult trying to tell my family and friends I had cancer when they all told me I was too young and I would be OK, that “it’s probably nothing”.’

Initially, it was planned that Jess would have a lumpectomy, but she was told not long after that a mastectomy would be needed instead.

She went into hospital two weeks later, during the height of the third lockdown, so was sadly unable to bring anyone with her. She found the experience ‘extremely isolating and daunting.’

There was a risk her treatment would danger her chances of having children in the future, so Jess decided to undergo fertility treatment and egg retrieval.

She administered the fertility injections herself so her eggs could be harvested and frozen, should she and her partner decide to have children in the future.

‘I was so busy over the next few weeks being strong for everyone else, I didn’t allow myself to grieve,’ sys Jess. ‘After my diagnosis I wasn’t allowed anyone with me again to appointments, it made it difficult for others to be a part of my difficult journey, I felt so alone.

‘The hardest moment was a day after my mastectomy. I was due to get married in a few months’ time and I couldn’t imagine it happening, for once I couldn’t see my future and that scared me.

‘The second was the day I was discharged as cancer-free, while everyone else was relieved and happy for me, I felt so confused and abandoned, my safety net had been swept away and I had nobody there to tell me what to do now.’

Jess announced that she had cancer on Facebook to reach out to her colleagues, friends and family for support. Before she knew it, she had a couple of women who had been through it themselves privately sending her messages.

‘I couldn’t believe how many people in my life have been through this but didn’t tell anyone,’ she says. ‘I myself, needed that support from others and wanted to raise awareness.’

Jess and Simon haven’t rescheduled their wedding yet. The couple say it’s so hard to organise a wedding with ever-changing Covid restrictions and Jess says she is not ready emotionally to take on those challenging tasks.

Jess is now on Tamoxifen and will be on the drug for the next two years. She’s also waiting for results to see if she has genetic faults that increase a person’s risk of developing breast and ovarian cancer at a young age.

‘The hormone therapy I am now on makes me feel very aged, I’m not the strong fit person I once was and have to give myself a break often, physically and mentally,’ she says.

‘I work on a ward myself and I have had to have my shifts cut shorter to help. My perspective has changed greatly, I have an extremely heightened empathy for people.

‘I’m still learning to embrace my new body, learning how to get back to a new normal, taking each day as it comes.’

Jess was working at a hospital and studying to become a nurse when she was diagnosed, but despite the shock diagnosis Jess was determined to finish her nursing exams and coursework.

Jess has taken part in Race for Life in previous years, but this year’s will be special.

‘I never thought I would have to go through a mastectomy as a young woman in her 20s,’ says Jess. ‘But I feel stronger now that I am sharing my story with others and I am so glad that l can talk to others going through something similar.

‘I want people to learn how to properly check their breasts, I checked myself regularly but I was looking for the wrong things.

‘I want people of any age to not presume they are too young for cancer and that its ok to talk about your diagnosis, you will be surprised of the support people can give you, it doesn’t make you weak or attention seeking but brave and to help raise awareness.’

Jess is supporting Cancer Research UK’s Race for Life, in partnership with Tesco. Sign up to your local event at raceforlife.org and raise money to help fund life-saving research.