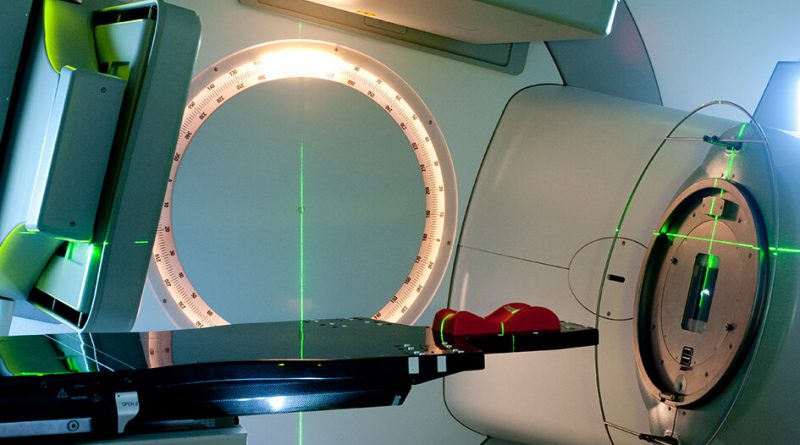 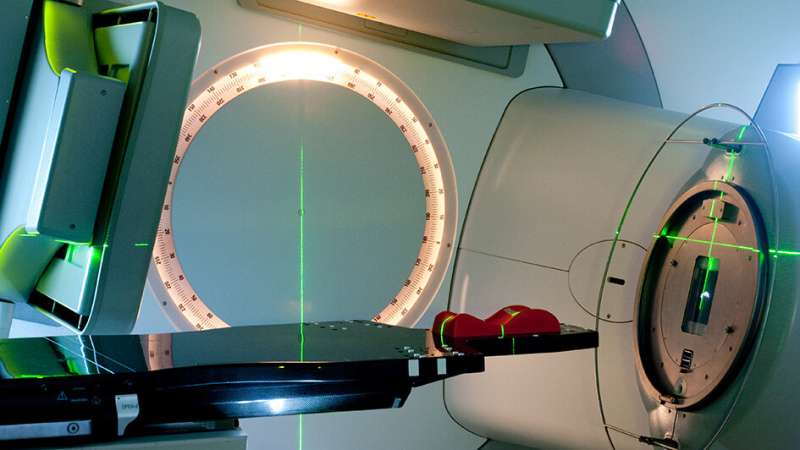 Giving people with bladder cancer fewer but larger doses of radiation reduces the risk of their disease returning and should be adopted as the new standard of care, a new study shows.

Patients who received a shorter course of radiotherapy for bladder cancer that had invaded the surrounding muscles had a significantly lower risk of their cancer coming back than patients on a longer course.

Delivering larger but fewer doses of radiotherapy, and a reduced overall dose of radiation, did not increase the risk of side effects compared with those who received larger numbers of lower doses over a longer period.

The results could mean patients needing 12 fewer trips to hospital, without reducing the quality and impact of their bladder cancer treatment.

Findings support a change in standard of care

The study is the first to directly compare the two radiotherapy schedules that are currently used to treat muscle-invasive bladder cancer. It is published today in The Lancet Oncology, and the trials were funded by Cancer Research UK.

The researchers, prednisone antibiotic who also included consultants who specialize in radiotherapy-related research at The Christie NHS Foundation Trust and The Royal Marsden NHS Foundation Trust, said their findings supported a change in standard of care for muscle-invasive bladder cancer—and stressed the particular benefits and relevance during the COVID-19 pandemic.

No increased risk of side effects

The reduced risk of disease returning was observed whether patients received a combination of radiotherapy and chemotherapy, or radiotherapy alone.

Patients on the shorter course received a total of only 55 Gy of radiation, compared with 64 Gy on the longer one.

The study found no increased risk of side effects with the shorter course, and no significant difference in quality of life and overall survival between patients receiving the two radiotherapy schedules—concluding that the shorter course produces a similar outcome while using fewer resources.

Minimizing hospital visits for cancer patients reduces their risk of exposure to COVID-19, and is more convenient for patients, while reducing demand on the NHS.

The two trials were the largest national phase III randomized clinical trials in patients with muscle-invasive bladder cancer treated with radiotherapy. The trials recruited similar patient populations, and the decision to use either radiotherapy schedule was taken by participating centers according to local standard practice.

“Using robust statistical methods, we showed that the shorter course of radiotherapy was at least as good for patients overall and reduced the likelihood of a person’s cancer coming back after treatment.

“Not only is the shorter course more convenient for patients, but it also helps keep people out of hospital for their own good and to free up NHS resources, which is a vital consideration during the current pandemic.”

Joint study leader Professor Ananya Choudhury, consultant in clinical oncology at the Christie and the University of Manchester, said: “These are very exciting results and we have made significant progress in understanding how radiotherapy can help bladder cancer patients. We know bladder cancer can advance rapidly, so giving a higher dose over a shorter time can really benefit the patient. Around 10,200 people are diagnosed with bladder cancer in the UK every year. We hope these findings will lead to a new standard of care which will increase survival rates and extend the lives of many thousands of people in the future.”

“Our study shows that people with bladder cancer can receive the same or even better results in a shorter course of radiotherapy that is delivered over four weeks, versus the longer course over six and a half weeks.

“Shorter radiotherapy courses involving lower overall radiation dose have already been proven to be just as effective at treating other cancer types, including breast cancer and prostate cancer, than longer, higher-dose options. The new findings are an important step forward in bringing kinder, smarter treatment to patients with bladder cancer and are especially timely in the current COVID-19 era, where there is a real imperative to keep patients out of hospital wherever possible.

“We are strongly advocating the widespread use of the shorter course of radiotherapy for bladder cancer and believe it should be adopted as the new standard of care for patients with the disease.”

Joint study leader Professor Nick James conducted the phase I and II studies at the University of Birmingham, leading to the BC2001 trial, and is now Professor of Prostate and Bladder Cancer Research at The Institute of Cancer Research, London, and Consultant Clinical Oncologist at The Royal Marsden NHS Foundation Trust. He said:

“Through this study we have shown that delivering fewer but larger doses of radiotherapy is highly effective against bladder cancer, and the reduction in risk of the disease returning is observed whether patients received chemotherapy alongside radiotherapy, or radiotherapy alone.

“Our findings showed that the shorter radiotherapy course can safely be used in conjunction with chemotherapy—an important consideration, because the two treatments should be used in combination as this leads to superior results compared with radiation alone.”