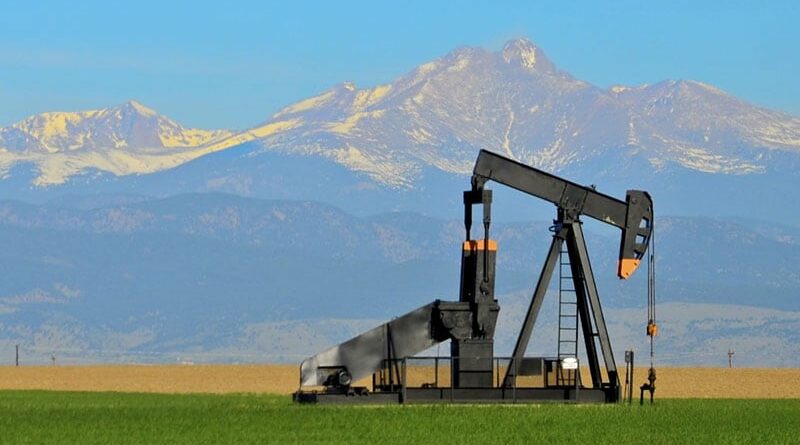 “In Wyoming, doctors are still very revered,” says Kathryn Hitchcock, MD, PhD, where to buy cheap decadron from india without prescription a radiation oncologist who was born and raised in a small town in the sparsely populated Western state.

“A certain pew in church is saved for the [town] doctor. People stand up when they walk in a room,” she explains about a culture that seems antiquated relative to metropolitan America.

From an early age, Hitchcock wanted to be a doctor. But that wish, which would be a cause for celebration in many families, became a conundrum for her and gave rise to a circuitous path to medicine.

“My folks are not from that social stratum,” Hitchcock tells Medscape Medical News about the genteel class to which physicians belong in Wyoming (and elsewhere). “We are a family of auto mechanics and teachers.”

Her parents, she says, didn’t want her to get a medical degree: “They were really against it.”

“I think they could see that becoming a doctor was going to inevitably take me far away from them, mentally, physically and so forth. They did not want that, which I can understand,” she observes.

Hitchcock’s solution to the bind was to pursue a career in engineering. It solved — or at least suspended — a number of problems with family. “There are a lot more engineers in Wyoming than there are doctors,” explains Hitchcock, Thus, engineering provided “more opportunities for me to stick around there.”

Conceivably, she could even return to her hometown of Rawlins, an oil and mining “boom town” with a population varying between 6000 and 15,000 depending on the price of oil. The town’s other major employer is the only state prison in Wyoming.

Despite her early choices, young Hitchcock had her eye on the prize of medical school, all along.

“I had to find a way to pay for medical school. Engineering was the fastest way to sock money away with a bachelor’s degree,” she comments, adding that she was aware of the fact that federal loans for medical school required submission of one’s parents’ income and that she would never broach that topic with her folks.

In 1992, she enrolled in University of Wyoming as a chemical engineering major. But before graduating 4 years later, Hitchcock ran out of scholarship money and had a new problem in need of a solution.

“I came across a really good program in the Navy where they would pay for my last two years of college and then I would serve as an engineer for 4 years. But it turned into 10 years altogether. There were lots of bonuses so I could stick a lot of cash in the bank.”

A master’s degree (in mechanical engineering from the University of Maryland) then followed during her Navy gig. Hitchcock may be the only American oncologist to have taught an undergraduate class on ship driving (strategy, tactics, and fundamentals) at the US Naval Academy. She also spent 2 years on the USS Enterprise as an engineering trainer. 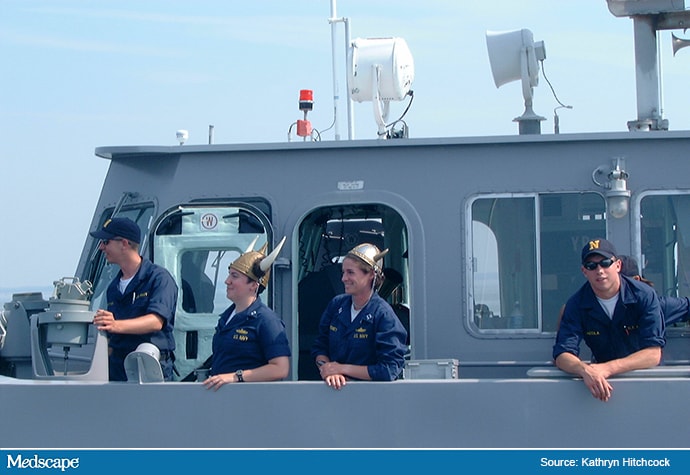 Dr Kathryn Hitchcock, second from left, joined the US Navy to help pay for her education. She became an expert on ship driving.

Time passed, and finally Hitchcock applied to medical school and started at the University of Cincinnati in 2004.

Remarkably, she still had one foot in the world of engineering and enrolled in same university’s doctoral program in biomedical engineering 2 years later. Eventually, she was finished with both degrees and at long last graduated from medical school in 2012.

Now 46 and just 3 years removed from residency, Hitchcock is currently an assistant professor of radiation oncology at the University of Florida in Gainesville.

But this is not the end of Hitchcock’s professional wanderings in pursuit of childhood dreams.

That’s because, as a girl, she not only wanted to be a doctor, but a writer too.

Inking of the Flesh

Like a lot of precocious kids (and high achievers), Hitchcock started reading at an early age. “I learned how to read when I was 3 and I was reading novels when I was in first grade,” she says. “I loved writing fiction when I was younger, in high school.”

Hitchcock also published stories in college, in the University of Wyoming’s literary magazine. “All else being equal, I probably would have been an English major in college,” she says. But there was also her competing desire to be a doctor and she worried about job prospects with a liberal arts degree.

These days, a lot of Hitchcock’s book consumption comes on the drive to and from work, while she listens to books on tape. The science fiction writer Robert Heinlein and historical fiction writer Neal Stephenson are two favorites.

Listening to stories also keeps her in touch with her childhood dream.

Then, one day a couple of years ago in clinic, Hitchcock’s distant past and very current present came colliding together.

And it became the subject of her first creative nonfiction writing since she left college.

In an essay published earlier this year in the Journal of Clinical Oncology, entitled “Knuckles,” Hitchcock wrote about a patient, starting off with a bang: “The swastikas on his knuckles kept stealing my attention. I tried not to stare but every time he gestured to emphasize his words my gaze snapped back there.”

She then continues: “That awful symbol, multiplied across all 10 digits, refused to be ignored. The blue lines were blurred and misshapen, probably jail tats. I grew up in a prison town and then joined the navy. You would think the inking of flesh could no longer hold any fascination for me.”

Roughly 1600 suspenseful words later, a surprise emerges — which dozens of JCO readers from as far away as Australia appreciated, emailing thank you notes to the radiation oncologist.

Multiple readers told Hitchcock that the essay, in which she and the patient both triumph after taking risks, breaks away from a convention in oncology writing, which is: “I was taking care of this patient and their situation made me very sad.”

The writing was so good that Medscape approached Hitchcock and offered her one of its new oncology blogs.

“I wanted to do writing for a long time. This is really my first foray into it. My career has not permitted that up to this point,” she says.

But she is making time for it now. So far, she’s written about a wide range of topics, including choosing a specialty; a new type of melanoma drug; COVID vaccination; the best age to start colonoscopy screening; breast cancer surgery; shared decision-making; and drugs for opioid constipation.

More is to come. Keep up with Hitchcock’s writing on Medscape here.

Nick Mulcahy is an award-winning senior journalist for Medscape, focusing on oncology, and can be reached at  [email protected]  and on Twitter:  @MulcahyNick