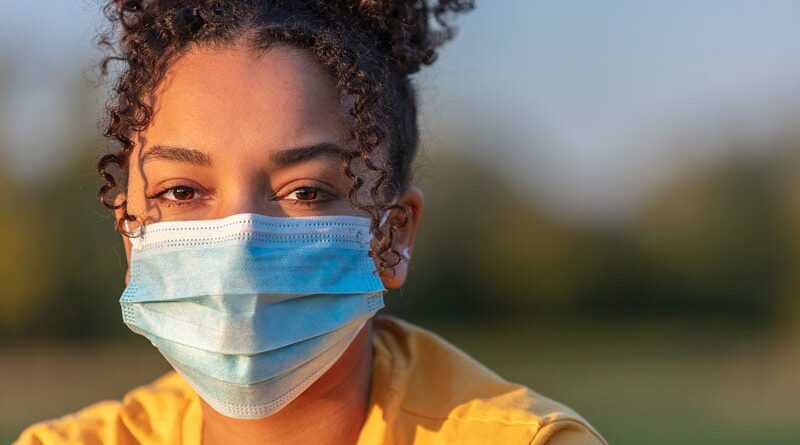 Recent research suggests that some pediatric patients who develop neuropsychiatric symptoms from COVID-19 may have intrathecal antineural SARS-CoV-2 autoantibodies, which may hint at central nervous system (CNS) autoimmunity in these patients.

“Overall, these findings indicate that severe neuropsychiatric symptoms can occur in the setting of pediatric COVID-19, including patients who lack many of the cardinal systemic features,” Christopher M. Bartley, MD, PhD, terbinafine effects on pregnancy of the Weill Institute for Neurosciences at the University of California, San Francisco, and colleagues wrote in their study. “These data highlight the possibility of SARS-CoV-2 neuroinvasion and/or CNS autoimmunity in pediatric patients with COVID-19 and neuropsychiatric symptoms.”

In a case series published Oct. 25 in JAMA Neurology (doi: 10.1001/jamaneurol.2021.3821), Bartley and colleagues examined three pediatric patients who were infected with SARS-CoV-2 and, over a period of 5 months in 2020, were admitted to the hospital – where they received a neurology consultation for “subacute, functionally impairing behavioral changes.”

Patient 1 had a history of unspecified anxiety and depression, and was admitted for erratic behavior, paranoia-like fears, social withdrawal, and insomnia. The patient did not respond to treatment with risperidone and gabapentin, and was readmitted soon after discharge, then treated with olanzapine followed by a transition to valproate and lorazepam.

It was found the patient had cerebrospinal fluid (CSF) abnormalities in the form of elevated protein levels, and an elevated IgG index, and was given intravenous immunoglobulin followed by IV methylprednisolone. While symptoms such as paranoia improved and the patient was able to better organize thoughts after 5 days, other symptoms such as delusions and hyperreflexia persisted for at least 1 month before resolving, and some symptoms, such as lability, did not resolve before discharge.

The patient’s father previously had been diagnosed with COVID-19 and the patient developed respiratory symptoms and fever; an IgG serology test later confirmed a SARS-CoV-2 infection. The patient went on to experience internal preoccupation, aggression, and suicidal ideation. The patients was treated with aripiprazole and risperidone, but did not respond, and was admitted to the hospital.

As with patient 1, patient 2 had CSF abnormalities in the form of elevated protein levels, and responded to IV methylprednisolone, with working memory and bradyphrenia improving. However, the patient developed insomnia, extreme anxiety, suicidal ideation, aggression, and sadness after discharge, and was readmitted. The patient was treated with IV immunoglobulin, and discharged with quetiapine and lithium.

“Six months later, although improved from initial presentation, the patient required academic accommodations and continued to endorse forgetfulness and attention difficulties. The patient’s chronic tics and anxiety were unchanged,” Bartley and colleagues wrote.

Patient 3 had no psychiatric history but started to demonstrate “odd behavior, including repetitive behaviors, anorexia, and insomnia” following a SARS-CoV-2 infection. After being hospitalized, the patient showed signs of “ideomotor apraxia, abulia, disorganized behavior, agitation, and diffusely brisk reflexes” and had a high white blood cell count, creatine kinase level, and C-reactive protein level. CSF was also abnormal for this patient, with three unique oligoclonal bands identified. The patient was treated with lorazepam and olanzapine, did not receive immunotherapy, and was discharged without psychiatric medications after 4 days.

When the researchers performed testing on each of the three patients, they found intrathecal anti–SARS-CoV-2 IgG and immunostained mouse brain tissue, and “a diverse set of candidate autoantigens by human phage immunoprecipitation sequencing” in patient 1 and patient 2. In comparison, patient 3 “neither appreciably immunostained nor enriched candidates by human phage immunoprecipitation sequencing,” the researchers said.

“These data motivate a systematic study of humoral immunity in the CSF of pediatric patients with COVID-19 and neuropsychiatric involvement and the potential for immunotherapy in some,” Bartley and colleagues concluded.

Evan J. Kyzar, MD, PhD, a resident physician in psychiatry at New York State Psychiatric Institute in New York Presbyterian–Columbia Campus, said in an interview that the results of the case series show some pediatric patients with neuropsychiatric symptoms can have anti-SARS-CoV-2 antibodies after viral clearance.

“Interestingly, some of the patients in this study also had antibodies in the CSF that targeted native proteins, demonstrating that COVID-19 may lead to autoimmunity directed at the brain,” he said. “This study increases our knowledge of how COVID-19 interacts with the nervous system and how autoimmune mechanisms might be contributing to at least a portion of patients with neuropsychiatric symptoms during acute infection, and possibly even after viral clearance.”

Kyzar noted that the immunological methods in the study were “cutting-edge” and the validation exploring the immune responses was detailed, but was limited because of the small sample size.

“[T]he researchers are using similar techniques to explore psychiatric disorders such as depression and schizophrenia to determine if some patients diagnosed with these conditions may have CNS-targeting autoantibodies that contribute to their symptoms and clinical presentation,” Kyzar said. “This work has the potential to discover novel neuroimmune mechanisms contributing to neuropsychiatric disease and offer possible pathways for the discovery of new treatments.”

This article originally appeared on MDedge.com, part of the Medscape Professional Network