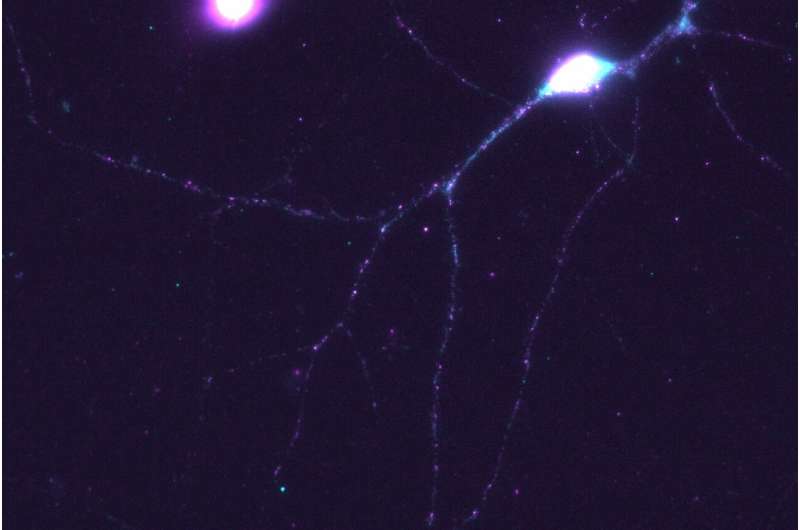 Cells in the central nervous system possess a high degree of flexibility, which enables them to adapt to fluctuating demands and respond to changing patterns of neuronal activity. This is achieved by modulating the connections between nerve cells, which are mediated by structures called synapses that determine how neighboring neurons respond to stimulation. These adjustments in turn require the intracellular transport of mRNAs. Consequently, the required proteins can be synthesized close to the synapses themselves. Specific mRNA-binding proteins play a vital role in this process. A research team led by LMU biochemist Michael Kiebler has now characterized two such proteins in detail. The study demonstrates that they modulate different aspects of synaptic transmission. Thereby, they are complementing each other in order to maintain balanced neuronal activity.

The RNA-binding proteins in question, is buspar habit forming named Staufen and Pumilio respectively, are known to have essential functions in the central nervous system. Both are involved in the regulation of synaptic transmission, and they share a common set of target RNAs. They can even be found in the same RNA granules—heterogeneous particles made up of mRNAs and proteins that guide them to their final destinations. “The functional interactions between the two RNA-binding proteins, and the nature of the signaling pathways that they regulate in nerve cells had remained unknown up to now,” says Rico Schieweck, lead author of the new report.

Using cultured nerve cells, Kiebler’s research group has now shown that Staufen and Pumilio control the activity of synapses in quite distinct ways. Staufen primarily controls mRNA levels and thereby the amount of proteins they encode. Pumilio, on the other hand, regulates directly the process of mRNA translation, and controls how much protein is synthesized per mRNA molecule. In fact, it plays a dual role in synaptic transmission itself. “We demonstrated that Pumilio is a hitherto unrecognized coordinator of inhibitory synapses, and therefore regulates the excitability of neuronal synapses,” Schieweck explains. If the gene for Pumilio is deleted, synapses become hyperactive, and the overall level of neuronal activity increases. Based on their results, Kiebler and his colleagues propose that Pumilio and Staufen can be regarded as yin and yang factors, which together control the expression of synaptic proteins. Thanks to their differential and highly selective effects on a variety of processes, they sensitively tune the activity of individual synapses.