Lung cancer is the most common and deadly cancer, accounting for about 1.76 million deaths globally. Molecular and histological profiling of lung cancer is important to identify molecular and genetic targets for personalized medicine. 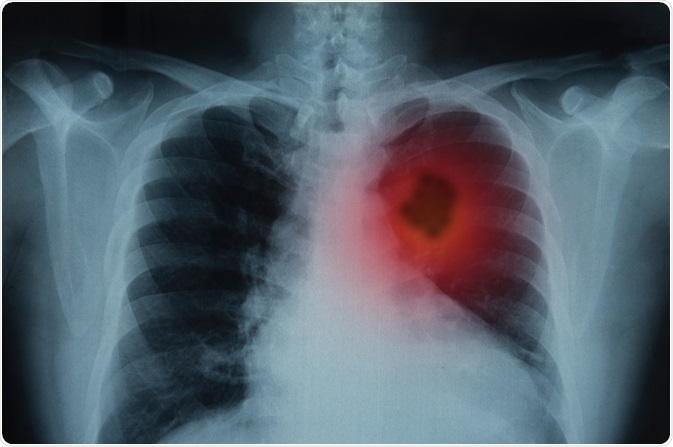 What is lung cancer?

Lung cancer is associated with a very poor prognosis because of its highly heterogeneous nature. Moreover, lung tumors belonging to the same histological subtype often show molecular and histological heterogeneity.

Therefore, molecular characterization of each subtype in terms of genetic mutations, DNA methylation, mRNA and microRNA expressions, lipitor vitamins and protein expression is important for understanding the molecular pathology of lung cancers.

What is the WHO classification of lung cancers?

Based on the metastatic ability, the World Health Organization (WHO) has categorized adenocarcinomas into three subtypes: adenocarcinoma in situ (preinvasive tumors with a diameter of ≤3 cm), minimally invasive adenocarcinoma (tumor diameter: ≤3 cm; invasion size: ≤5 mm), and invasive carcinoma.

In general, adenocarcinoma is characterized by the presence of a lepidic pattern, which means the growth of cancer cells along the alveolar lining without vascular or stromal invasion. For accurately diagnosing minimally invasive adenocarcinoma, the presence of lymphatic, vascular, or pleural invasion or necrotic tumor can be regarded as exclusion criteria.

According to the updated version (2015) of the WHO classification, squamous cell carcinomas are of three types: keratinizing, non-keratinizing, and basaloid.

What are the molecular characteristics of lung cancers?

According to the Cancer Genome Atlas data, the rate of somatic mutations is high in lung adenocarcinomas. In adenocarcinoma patients, about 18 statistically significant genetic mutations have been found, including TP53, KRAS, KEAP1, STK11, EGFR, NF1, and BRAF.

A subgroup of adenocarcinomas with wild-type EGFR and KRAS mutations harbor a genetic fusion in which echinoderm microtubule-associated protein-like 4 gene is fused with anaplastic lymphoma kinase gene (EML4-ALK fusion).

In addition, lung adenocarcinomas can be subdivided into 6 groups depending on the protein expression characterization. The most common proteins that are differentially expressed in these groups include HER2, β-catenin, Smad4, Cyclin D1, mTOR, and Rad50.

In squamous cell carcinoma patients, about 11 statistically significant mutations have been found, including TP53, CDKN2A, PTEN, PIK3CA, KEAP1, NOTCH1, and RB1. About 90% of these mutations occur in the TP53 gene. A novel loss-of-function HLA-A mutation has also been observed.

The most frequent genetic alterations observed in small cell lung cancer include SOX2 amplification and RLF-MYCL1 fusion. In addition, mutations in genes involved in histone modification (CREBBP, EP300, MLL) are commonly observed. Because of the heavy smoking status associated with small cell lung carcinoma, C: G>A: T transversions are found in about 30% of the mutations.

Based on mRNA characterization, small cell lung carcinoma is divided into two subgroups: group 1 (17%) and group 2 (83%). In group 2, increased expressions of CHGA, GRP, ASCL1, and DLK1 are observed; whereas, in group 1, these genes are found to have a lower level of expression.