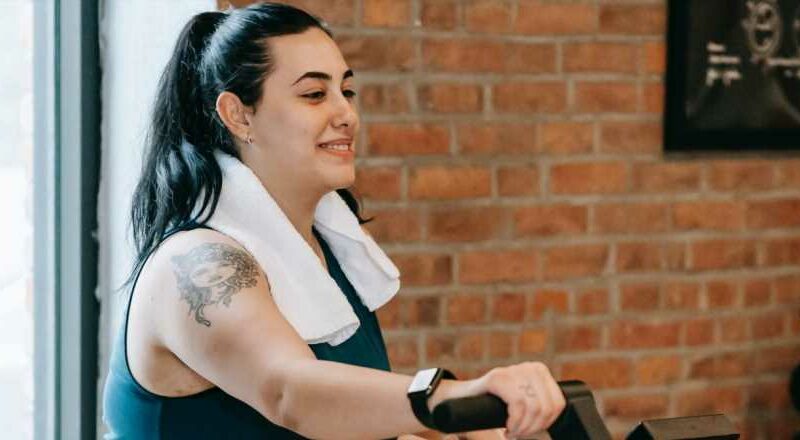 So many people still view exercise as painful and punishing, rather than beneficial. Here’s how to reframe it and reap the benefits of movement.

How do you think about exercise? Some people rely on it as a form of stress relief; for others it’s just a fun hobby. But for many, it’s unfortunately still seen as something painful and boring.

According to new stats from energy supplement brand Revvies, a third of people say that they focus on the effort and discomfort of exercise rather than the benefits of what they’re doing. While there’s nothing wrong with admitting that exercise can be uncomfortable – in fact, it can be useful to admit that – it’s worrying that so many people are easily put off moving because it feels so hard.

Pain when exercising: how understanding aches can improve your workouts

“Fundamentally exercise is something that we do for our health,” says movement and strength coach Rowena Ramsell. “It’s important to remember that it’s something you do for yourself, to celebrate your body, to live a long and healthy life and protect your muscles, bones and joints when you’re older.” But the reality is that it can be hard to focus on the positives, albuterol and advair interaction even if you’re someone who regularly exercises.

Why do we see exercise as punishment?

For Andrea Furst, sport and exercise psychologist at the Institute of Sport, Exercise & Health from HCA Healthcare, this mindset is to do with long term conditioning. “A lot of reasons I hear are around not having an upbringing where exercise is part of your life,” she says. But Furst also notes that many people think exercise is too much effort because they are “so busy that other activities take priority, or they see exercise as something that is unappealing because it is only portrayed as gym classes or running marathons,” she says. “Actually, exercise is just moving.”

For Ramsell, the current conversation around movement is to blame. “I think the marketing of fitness and the portrayal of fitness on social media has a lot to answer for. The use of ‘no pain, no gain’ and ‘earning your food’ perpetuates the idea that exercise should be hard,” she says. Over the past few years, the glamorisation of pain has made it worse, making exercise feel like an even more exclusive club that you have to be already fit to join. The idea is that the benefits of exercise only come from training multiple times a week and from pushing yourself to exhaustion – hardly enticing for any average person.

“Often people come to me and are embarrassed about where they’re at. They say, ‘I’m really sorry I can’t do this well’. They feel like they are required to show up with a certain level of skill or strength, look a certain way or even wear certain things. But showing up is the only thing people really need to worry about,” says Ramsell.

Easier said than done, perhaps. But there are ways to reframe exercise both in the short and long term into something that’s beneficial (and even enjoyable), rather than something that’s punishing.

How to reframe exercise

Make the workout serve you

“Your workout should be serving you, rather than you serving the workout,” Ramsell reminds us. “You don’t need to show up to class thinking you have to do a certain number of reps or lift a certain weight.”

Essentially, you’re going to hate a workout if you tell yourself you have to do 10 press-ups when you can only do five. Allow yourself to build up slowly and focus on what your body can let you do at that moment.

“Many things in life, especially a change in habit (to begin exercising regularly) require effort. The issue if it’s too much effort is likely that there is not enough value placed on exercise,” says Furst. She recommends finding out what it is that you value in hobbies – is it social connection or solitude? Focus or distraction? Fun or competition? Then, you can find exercise that you actually value – and will stick with.

“Make a start with activities that you like and can feel a sense of achievement from in order to create a positive relationship with exercise,” Furst adds.

“There is a fine line, because your body probably will feel some degree of discomfort when you give it some stimulus. That isn’t to say that you need to feel awful,” says Ramsell. How can you tell when it’s good pain, and when it’s too much? “I think if you’re feeling physically bad, then maybe you shouldn’t train. If it’s more of a mental block, one thing I find very useful is just to start. Give yourself permission to stop if you’re still not feeling like it after around 10 minutes or so. But at least give yourself that choice because generally, most people will find the energy when they start moving. If you don’t, maybe it’s not right for you.”