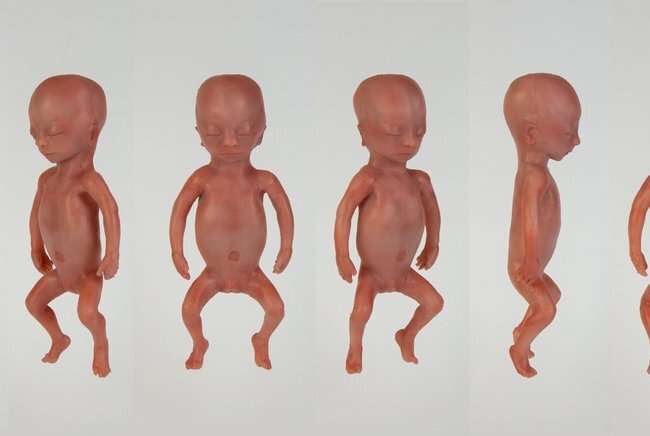 “An artificial uterus—the incubator 2.0—will become a reality within 10 years,” says Jasmijn Kok, one of the founders of the spin-off Juno. Together with researchers from the department of Industrial Design from the Eindhoven University of Technology, Netherlands, including her twin sister Lyla Kok, she wants to bring a technology that increases the chances of survival of extremely premature babies to the market. “It’s not science fiction.”

What once started as a wild idea, a moon shot, is now taking shape, co-founder Myrthe van der Ven continues. At congresses in Japan in the 1970s, provigil tablete pret gynecologist Guid Oei first saw initial ideas for accommodating extremely premature babies not in an incubator, but underwater in an artificial uterus.

In extremely premature infants, the organs are not yet fully developed. The lungs in particular need fluid from the uterus. In the current incubator, they receive breathing support and keep their hearts are kept beating, Van der Ven points out. “Actually, a premature baby—a neonate—is not yet ready for that support. There’s a high risk it will die. In the long term, infants may continue to have problems with breathing or with the circulation of oxygen to the brain. We expect them to continue to develop in a simulated womb as they would in the natural womb.”

Kok is involved in the spin-off because of her entrepreneurial skills. The research has been ongoing for some time, she explains. The spin-off—named after the Greek goddess of life and birth, Juno—stems from a European consortium. It received €2.9 million in European grants in 2019 to develop an artificial uterus.

“Juno has only been around for two months. We are figuring out in this spin-off how to get the artificial uterus to the market.” That requires funding. Investors won’t come on board until the technology is fully proven and certified, Kok knows. This is not that far off. Nevertheless, the five researchers, gynecologist Guid Oei, scientists Van der Ven and Beatrijs van der Hout and the two sisters, already want to approach investors.

This is where the twins’ entrepreneurial qualities come into play. Jasmijn and Lyla Kok already have a start-up in which they developed an algorithm that brings families and babysitters together. Jasmijn Kok wanted to do something that would have even more impact, so she sent a letter to Professor Frans van de Vosse, Professor of Cardiovascular Biomechanics, asking whether she could do a Ph.D. in his research group. “He saw my experience in entrepreneurship and asked me to come and help get this spin-off off the ground.”

Van der Ven has been involved in the project as an engineering physician since 2018. “Entrepreneurship is an area in which we as scientists have little to no expertise. I know very little about the financial field and how the business world works. On the other hand, I know more about the content, the clinical aspects and how to apply for a grant. I think we can reinforce each other enormously.”

For Kok, the spin-off is an opportunity she seized with both hands. “This is really one of the most special projects you can work on. It can have so much impact.” Premature birth is the leading cause of infant mortality around the world, Kok continues. “It’s not just extremely premature birth (complications during birth or infections like pneumonia and sepsis, are other causes, ed.), but a very large proportion of that. If you can contribute to reducing it, that’s kind of nice.”

Kok studied architecture. “That’s something completely different, but basically we’re building man’s first house.” Her twin sister is also one of the co-founders. She is an industrial designer. “On the content side, she has little more background than I do. She would love to be involved in the design. How do you make it user-friendly? Right now, the prototype looks mostly technical.”

In addition to the necessary hardware, there is a software side. In the new incubator, sensors monitor how the premature baby develops. The researchers are also using digital twin technology. Mathematical models, measured and available data, and artificial intelligence mimic the neonate. This allows the researchers to advise and assist physicians with choices in neonatal care. “We are still looking for a name for a premature baby in an artificial uterus,” says van der Ven.

The tests are done with 3D-printed practice mannequins. These come in all sizes and weights. Coupled to a digital twin model, a real baby’s response to treatment can be simulated, explains de Van der Ven. “That all still sounds very technical. The important thing is that parents accept the technology and that care providers enjoy using this device. They shouldn’t see it as something technical, but something that is necessary for the child to survive. We have to take that step toward acceptance as well.”

One of the biggest challenges is that the fetus, aged 24 to 28 weeks, does not gasp for breath just after birth. American professor Alan Flake has already shown that it is possible to anesthetize a lamb and allow it to continue developing underwater in an artificial uterus. “We want to make the transition to the artificial uterus as natural as possible,” says Kok. So the research focuses not only on the artificial uterus itself and how the premature baby is fed through the umbilical cord by an artificial placenta but also on how the delivery should proceed.

There are still ethical dilemmas to overcome, says van der Ven. “We will certainly pay attention to that. For example: How are we going to prepare society for this new technology? What is allowed and what is possible? What children would be the first candidates for this? We have to answer questions like that, of course.”

In the Netherlands, for example, you are not allowed to save a neonate younger than 24 weeks, Kok continues. “That’s laid down here. In Scandinavia and Germany, that limit is set at younger than 23 weeks.” The researchers also need to look at other countries. “The Netherlands, with about 600 babies a year that we could help, is actually too small a market for such a complicated medical product. We need to investigate what other cultures think and what their legislation is.”