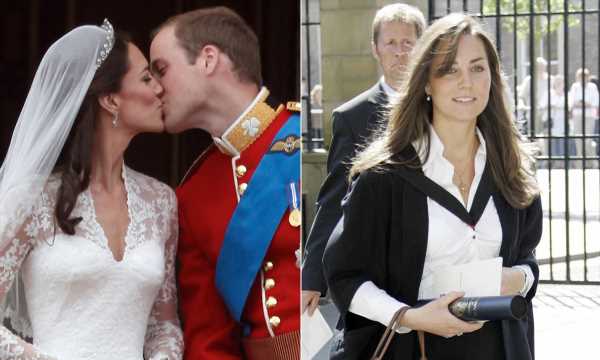 The Duke and Duchess of Cambridge‘s love story has captured the heart of many a royal fan since they first met at the University of St Andrews in 2001 – and Prince William‘s adorable gesture to his then-girlfriend Kate Middleton is so romantic.

The royal couple both lived at St Salvator’s Hall residence whilst at university, but it wasn’t until the following year in 2002 that a spark alighted.

WATCH: A look back on Prince William and Kate Middleton’s wedding

Kate first caught William’s eye when she took part in a charity fashion show, wowing in a bikini and a sheer dress.

The pair’s friendship soon turned to romance, with William and Kate even sharing the same flat in the second year of university. It was here that the young prince put his culinary skills to the test – and cooked hearty homecooked meals for his wife-to-be.

Prince William and Kate met whilst at university together

“He did cook for me quite a bit at university, and he would always come with a bit of angst and a bit of anger if something had gone wrong and I would have to wander in and save something that was going,” Kate previously told ABC news.

Reminiscing on their university days, William continued: “When I was trying to impress Kate I was trying to cook these amazing fancy dinners, can you drink taking tamiflu and what would happen is I would burn something, something would overspill, something would catch on fire and she would be sitting in the background trying to help, and basically taking control of the whole situation… so I was quite glad she was there at the time.”

The prince then insisted their fellow flatmates were used to “things catching on fire” whilst he was in the kitchen. Hilarious!

Despite William’s kitchen failures, Kate is still very much a fan of her husband’s culinary creations.

The royal couple previously appeared on the Christmas TV special, A Berry Royal Christmas, in 2019 alongside famous cook Mary Berry, and Kate opened up about what her husband likes to cook for her.

Mary asked if the Prince ever cooks for his wife, to which the Duchess replied: “He sometimes does actually. He’s very good at breakfast.” So adorable.

Make sure you never miss a ROYAL story! Sign up to our newsletter to get all of our celebrity, royal and lifestyle news delivered directly to your inbox.