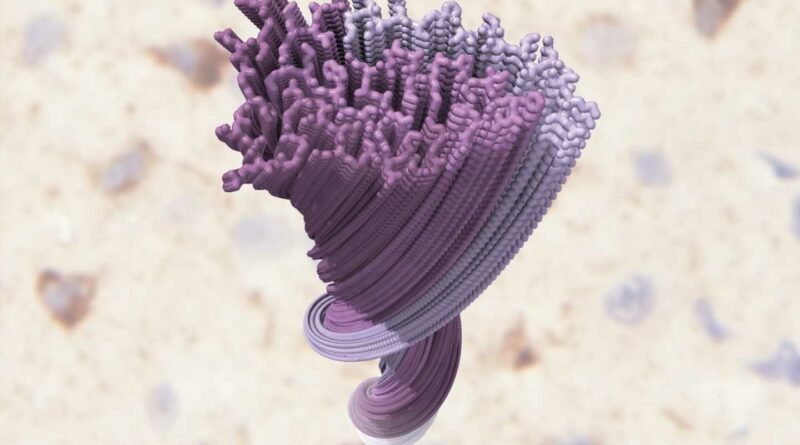 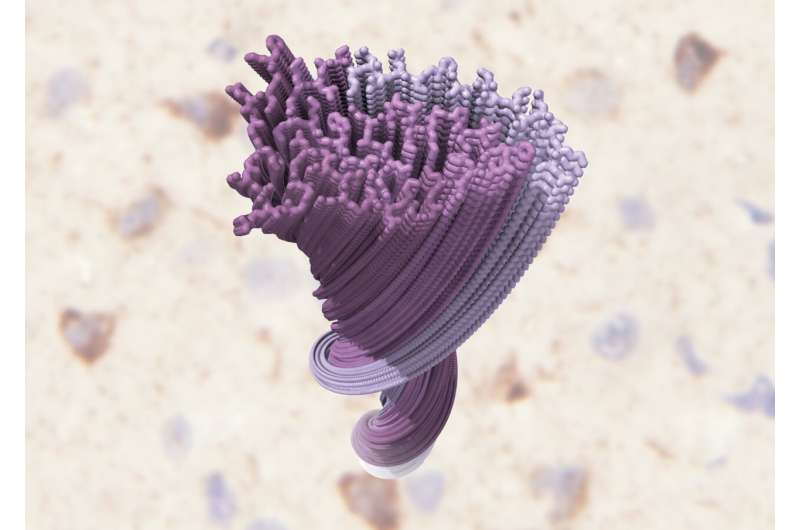 Scientists have determined for the first time the structure of the molecule associated with amyotrophic lateral sclerosis (ALS) and multiple other neurodegenerative diseases. The scientists at the Medical Research Council (MRC) Laboratory for Molecular Biology in Cambridge, UK, who led the study, say this discovery could enable targeted development of new medical interventions and diagnostic tests.

ALS is the most common form of adult-onset motor neuron disease and is characterized by the deterioration of neurons responsible for controlling voluntary muscle movements such as walking, talking, chewing, and breathing. There is no cure for ALS and no effective treatment to halt or reverse disease progression.

While the cause of ALS is unclear, it is known that the abnormal clumping of a protein, known as TDP-43, acyclovir dose endovenosa in nerve cells is the defining pathological hallmark of ALS. The TDP-43 clumps are also a hallmark of frontotemporal dementia (the second most common form of early-onset dementia after Alzheimer’s disease) and common in other neurodegenerative diseases, including Alzheimer’s and Parkinson’s.

TDP-43 is found in healthy cells throughout our bodies, but in the brains of patients with these diseases it clumps together forming ‘aggregates’ in the brain.

Although scientists have been aware of this for some time, the potential to translate this information into treatments has been limited as, until now, the molecular structure of the TDP-43 aggregates has been unknown.

Now, the team of scientists at the MRC Laboratory for Molecular Biology, working with researchers at the Tokyo Metropolitan Institute of Medical Science and the Aichi Medical University in Japan, have used cryo-electron microscopy to determine the first molecular structure of TDP-43 aggregates extracted from the donated brains of two individuals who had ALS.

The study, supported by the Medical Research Council and published in the journal Nature, discovered previously unseen structural features, such as a filamentous double-spiral-shaped fold.

The structure of TDP-43 observed in this study from human brain samples was consistent in samples from different regions of the brains of both individuals, but was different from that seen in previous studies that attempted to recreate TDP-43 aggregates in a test tube.

It was previously thought that TDP-43 interacted similarly to analogous proteins associated with other neurodegenerative diseases such as Alzheimer’s disease. This study suggests however that aggregation of TDP-43 likely results in different disease mechanisms.

These distinct structural features mean that TDP-43 in the brain is likely to interact uniquely with diagnostic tools and drugs. The scientists say that these differences could explain why current diagnostic compounds based on analogous proteins associated with other neurodegenerative diseases are poor at diagnosing ALS.

The study presents new possibilities for the development of treatments using compounds that specifically target structural features of TDP-43, including those responsible for aggregation.

Dr. Benjamin Ryskeldi-Falcon, from the MRC Laboratory for Molecular Biology, who led the study, said: “There are no diagnostics or therapeutics for ALS and other diseases associated with TDP-43 and the first step towards developing these is gaining a better understanding of TDP-43 itself.

“Now that we know what the structure of aggregated TDP-43 looks like and what makes it unique, we can use it to find better ways to diagnose the disease early.

“We’re excited to be able to use this blueprint in our lab to start identifying compounds that bind to unique sites on TDP-43, with the aim of identifying potential therapies for further study.

“I would especially like to thank the people with ALS, and their families, who donated their brains to research to help us gain a better understanding of this terrible disease.”

Dr. Jo Latimer, head of neurosciences and mental health at the MRC, which funded the study, said: “These findings are an important and much needed contribution to our understanding of ALS and associated neurodegenerative diseases. Identifying the structure of a protein that is known to contribute to disease is the first step towards understanding its role in the development of disease.