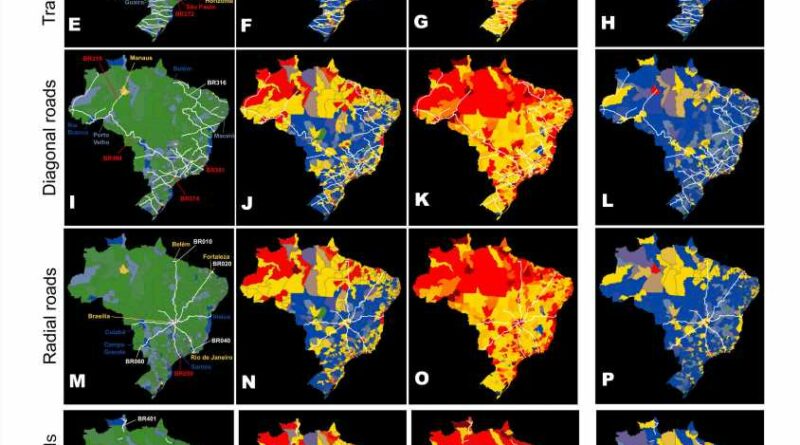 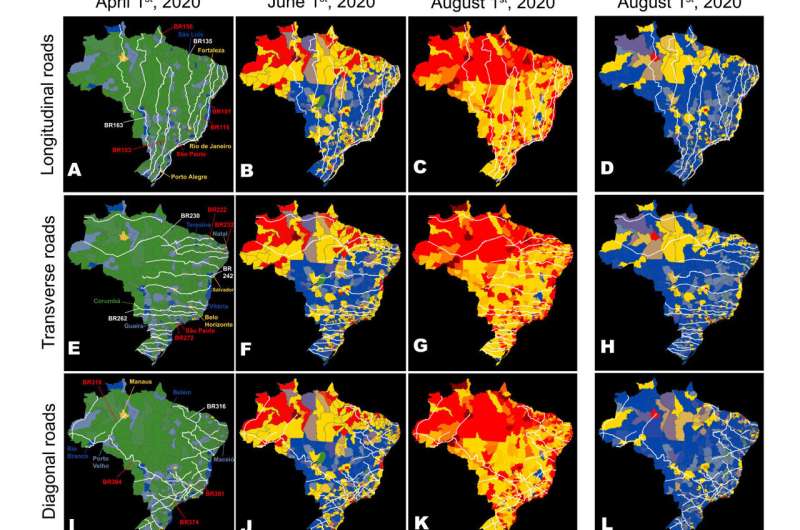 A multidisciplinary analysis by a group of Brazilian scientists, published online in the journal Scientific Reports on June 21, 2021, found that three major factors account for the geographic spread of SARS-COV-2 across Brazil, as well as the massive flow of people in search of hospital care throughout the country during the first wave of the pandemic in 2020. SARS-CoV-2 entered Brazil at the end of February 2020 through the country’s international airports. Mathematical modeling reveals that during the first weeks of March 2020, the super-spreader city of São Paulo, located next to both the largest Brazilian international airport and the busiest highway hub in the country, accounted for more than 85% of COVID-19 cases throughout Brazil.

By considering only 16 other spreader cities, the authors were able to account for 98-99% of the cases reported during the first three months of the Brazilian pandemic in 2020. Most of this spread of COVID-19 cases resulted from people traveling across the country’s major highways and on plane flights, which continued throughout the entire month of March 2020. For instance, a group of 26 major federal highways alone accounted for about 30% of SARS-CoV-2’s case spread during this period.

Following the emergence of community transmission in the major 16 super-spreader, SARS-CoV-2 cases spread to the Brazilian countryside through the country’s federal and state highways. As cases increased exponentially in the Brazilian interior, severely ill patients from the country’s interior had to be transported to state capitals to access ICU beds, creating a “boomerang effect” that contributed to skewing the distribution of COVID-19 deaths. Therefore, the distribution of COVID-19 deaths began to correlate with the allocation of the country’s highly uneven distribution of intensive care units, which is heavily weighted toward state capitals.

According to Miguel Nicolelis, one of the authors of the study, “our analysis clearly showed that if a national lockdown and mandatory road traffic restrictions had been enforced around the main Brazilian super-spreader cities, particularly in the city of São Paulo, the impact of COVID-19 in Brazil would be significantly lower during the first wave, but also during the even more damaging second wave that hit the country a year later in the summer of 2021. From June 2020 to June 2021, Brazil went from 50,000 to 500,000 deaths, a tenfold increase in 12 months. This alone illustrates the utter failure of the Brazilian federal government to protect Brazilians from the worst humanitarian tragedy in the country’s entire history.” 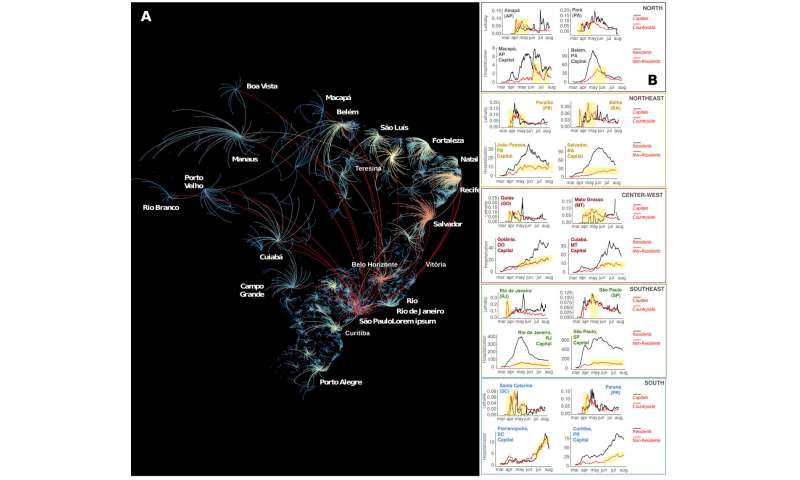 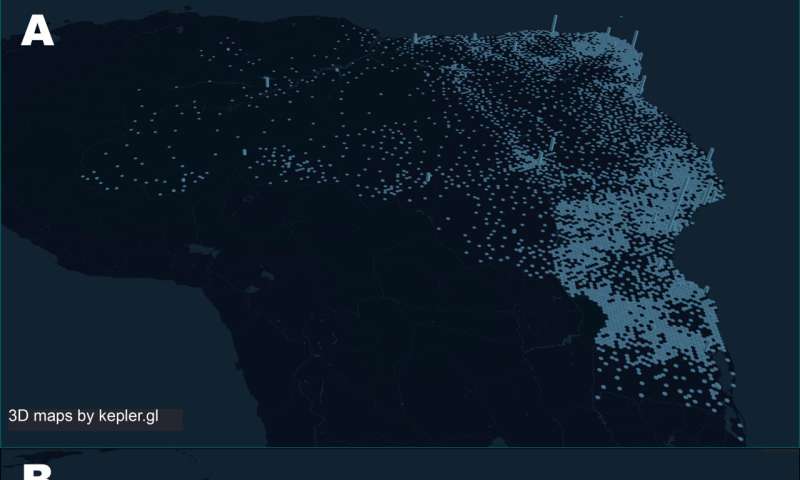 In Brazil, the vast majority of tertiary hospitals, and hence the largest share of critical care beds, are located in large cities that serve as state capitals, their metropolitan areas, and a handful of mid-sized towns in each state’s interior. As a result of the highly pervasive “boomerang effect” throughout the country, Brazil experienced the largest hospital admission surge in its history, leading to fatality peaks in each of the cities with a large number of critical care units.

This “boomerang flow” was not restricted to roads and highways. For instance, in the Amazon rain forest, located in the north region of Brazilian, severely ill COVID-19 patients from many small riverside communities were transported by boats of all sorts via its large rivers toward the two largest Amazon cities, Manaus and Belém. Overall, analysis of the geographic flow of COVID-19 patients revealed that São Paulo, the largest Brazilian super-spreader city, received patients from 464 different cities all over Brazil, followed by Belo Horizonte (351 cities), Salvador (332 cities), Goiânia (258 cities), Recife (255 cities), and Teresina (225 cities). São Paulo was also the city that sent more residents to be hospitalized in other cities (158 cities), followed by Rio de Janeiro (73 cities), Guarulhos (41 cities), Curitiba (40 cities), Campinas (39 cities), Belém (38 cities) and Brasília (35 cities).

Overall, cities that were highly connected to the health system network, either by receiving from or sending patients to other cities, also experienced a higher number of COVID-19 deaths. Therefore, as a result of the “boomerang effect,” a significant number of severely ill patients had to migrate to larger cities for treatment and, eventually, a significant number of them perished there. Combined with the deaths of the residents of large cities, the widespread “boomerang effect” contributed decisively to the geographic skewing of the COVID-19 death distribution in all of Brazil.

Commenting on the study’s findings, Rafael Raimundo, another author, said, “Our analysis elucidated in great detail the mechanisms through which COVID-19 quickly spread throughout Brazil. Our findings also indicate that if non-pharmacological measures, such as highways blocks and lockdowns, had been enforced early on at a national or even regional level thousands of lives could have been saved at the onset of the COVID-19 pandemic in Brazil.”

The authors also emphasized in their conclusions the fundamental importance of the Brazilian Public Health System, known as SUS. According to Rafael Raimundo “without the public health infrastructure of SUS, built during the past 40 years, the impact of COVID-19 would certainly be even more devastating. Yet, our data also show that the high magnitude of the “boomerang effect” highlights the need for SUS to install more hospital infrastructure, including more critical care unit beds, in the Brazilian interior to better assist and serve the population in the countryside.”