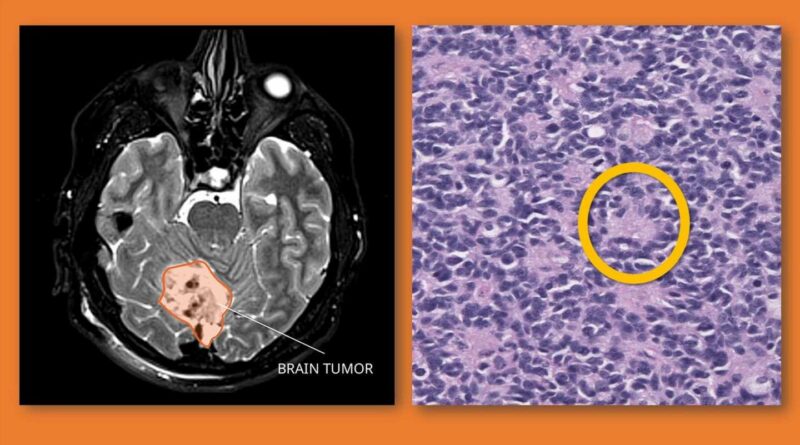 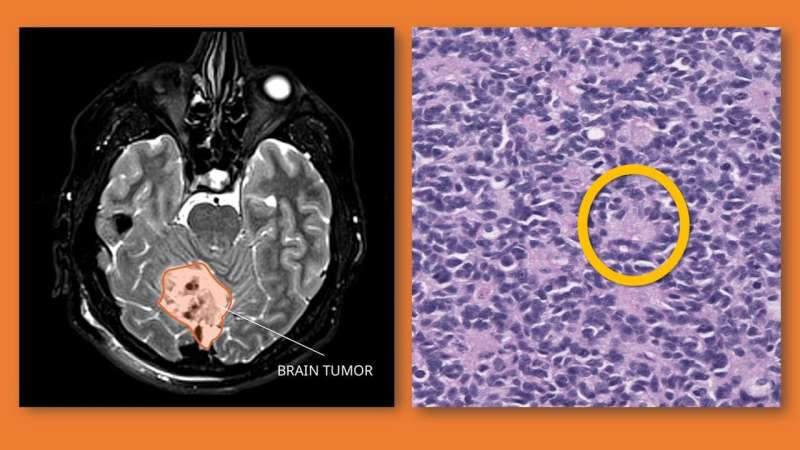 Copper has been clinically improving the lives of people since about 1500 BCE, when an Egyptian physician first recorded its use as a treatment for inflammation. Some 35 centuries later, researchers at Johns Hopkins Medicine and Italy’s Catholic University of the Sacred Heart medical school have provided solid evidence that the first metal used medicinally may now have a new role—helping save children from a devastating central nervous system cancer known as medulloblastoma.

The prospective therapy—in which copper ions are combined with a drug once heralded as treatment for alcoholism—is described in a study published today in the journal PLOS ONE.

According to the National Cancer Institute, a medulloblastoma is a fast-growing, cancerous tumor originating in the brain or spinal cord. Predominantly seen in children younger than 10, medulloblastoma is the most common pediatric brain malignancy, with between 250 and 500 new cases diagnosed annually.

Overall, the survival rate for children with medulloblastoma that has not spread is about 70%, but this can drop to as low as 40% depending on the patient’s age, the molecular subtype of the tumor (there are four), the extent of any surgical removal of previous tumors, and whether there has been metastasis (spread to other parts of the body). Treatment for pediatric medulloblastoma has traditionally been surgery, radiation and chemotherapy, individually or in combination.

“Disulfiram [DSF], a medication that’s been used for nearly 70 years to treat chronic alcoholism, has great promise being ‘repurposed’ as an anticancer agent, especially when it is complexed with metal ions such as copper [Cu++],” says study senior author Betty Tyler, associate professor of neurosurgery at the Johns Hopkins University School of Medicine. “Since the combination [DSF- Cu++] hasn’t previously been evaluated for potential pediatric use, we wanted to assess its safety and effectiveness against the two pediatric medulloblastoma subtypes with the worst five-year survival rates.”

“Our goal is to pave the way toward a successful treatment that could be used for children, either alone or teamed with conventional radiation and chemotherapy,” says study co-author Henry Brem, M.D., director of the Department of Neurosurgery at the Johns Hopkins University School of Medicine. “Characterizing how DSF-Cu++ works at the molecular level was critical for future exploration of its clinical use against pediatric medulloblastoma.”

In the study—led by Riccardo Serra, M.D., a postdoctoral fellow in Tyler and Brem’s brain tumor laboratory and a neurosurgery resident at the University of Maryland—the researchers tested the anticancer activity of DSF-Cu++ and attempted to define what it targeted at the molecular level to achieve these effects—both in cell cultures and mice. They first found that DSF-Cu++ blocks two biological pathways in medulloblastomas that the cancer cells need to remove proteins threatening their survival.

“With the pathways shut down, these proteins accumulate in the tumors, cause the malignant cells to die and tag them for removal by the immune system,” says Brem.

Secondly, the researchers discovered that DSF-Cu++ not only kills medulloblastoma cells but also curtails the cells responsible for their creation.

“Cancer stem cells initiate the processes that result in tumorigenesis [tumor birth], as well as play a role in cancer recurrence after treatment and metastasis from the tumor’s original location,” says Tyler. “We were able to effectively reduce cancer stem cell numbers using very tiny amounts of DSF-Cu++ after just a few hours of exposure.”

A third finding from the study revealed that DSF-CU++ impairs the ability of medulloblastoma cells to repair damage to their DNA, thereby enhancing the cytotoxic (cell killing) power of the treatment.

“This suggests that DSF-Cu++ keeps the cancer cells from recovering after disrupting the genes controlling their growth and survival, a definite therapeutic advantage,” says Brem. “It also means that DSF-Cu++ has potential as an adjuvant therapy, helping keep a tumor’s DNA repair mechanism from overcoming the cytotoxic impact of radiation treatment or chemotherapy.”

Finally, the researchers tested the impact that combining DSF and copper had on survival rates of mice whose brains were implanted with two subtypes of medulloblastoma. Significant increases in prolonging survival days (19% and 27%) were seen.