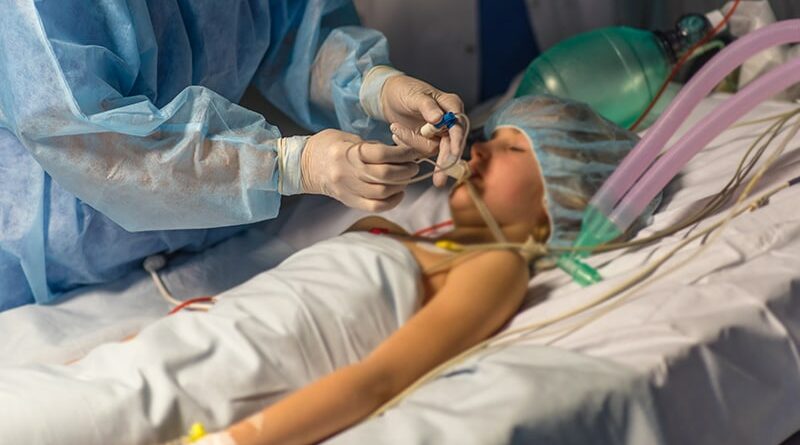 Over the course of the pandemic, COVID-19 has been a less serious illness for children than it has been for adults, and that continues to be true. But with the arrival of Delta, the risk for kids is rising, how to buy carboxactin supreme suppliers without prescription and that’s creating a perilous situation for hospitals across the United States that treat them.

Roughly 1800 kids were hospitalized with COVID-19 in the United States last week, a 500% increase in the rate of COVID-19 hospitalizations for children since early July, according to data from the Centers for Disease Control and Prevention.

Emerging data from a large study in Canada suggest that children who test positive for COVID-19 during the Delta wave may be more than twice as likely to be hospitalized as they were when previous variants were dominating transmission. The new data support what many pediatric infectious disease experts say they’ve been seeing: younger kids with more serious symptoms.

That may sound concerning, but keep in mind that the overall risk of hospitalization for kids who have COVID-19 is still very low — about one child for every hundred who test positive for the virus will end up needing hospital care for their symptoms, according to current statistics maintained by the American Academy of Pediatrics.

Since last year, every kid that comes to the emergency department at the hospital gets a screening test for COVID-19.

In past waves, doctors usually found kids who were infected by accident — they tested positive after coming in for some other problem, a broken leg or appendicitis, said Nick Hysmith, MD, medical director of infection prevention at the hospital. But within the last few weeks, kids with fevers, sore throats, coughs, and runny noses started testing positive for COVID-19.

“Over the last week, we’ve really seen an increase,” he said. As of August 16, the hospital had 24 children with COVID-19 admitted. Seven of the children were in the PICU, and two were on ventilators.

Arkansas Children’s Hospital had 23 young COVID-19 patients, 10 in intensive care, and five on ventilators, as of Friday, according to the Washington Post. At Children’s of Mississippi, the only hospital for kids in that state, 22 youth were hospitalized as of Monday, with three in intensive care as of August 16, according to the hospital. The nonprofit relief organization Samaritan’s Purse is setting up a second field hospital in the basement of Children’s to expand the hospital’s capacity.

“This is different,” Hysmith said. “What we’re seeing now is previously healthy kids coming in with symptomatic infection.”

This increased virulence is happening at a bad time. Schools around the United States are reopening for in-person classes, some for the first time in more than a year. Eight states have blocked districts from requiring masks, while many more have made them optional.

Children under 12 still have no access to a vaccine, so they are facing increased exposure to a germ that’s become more dangerous with little protection, especially in schools that have eschewed masks.

Then there are the latent effects of the virus to contend with.

“We’re not only seeing more children now with acute SARS-CoV-2 in the hospital, we’re starting also to see an uptick of MISC — or Multisystem Inflammatory Syndrome in Children,” said Charlotte Hobbs, MD, a pediatric infectious disease specialist at Mississippi Children’s Hospital. “We are just beginning to start seeing those cases and we anticipate that’s going to get worse.”

Adding to COVID-19’s misery, another virus is also capitalizing on this increased mixing of kids back into the community. Respiratory syncytial virus (RSV) hospitalizes about 58,000 children under age 5 in the United States each year. The typical RSV season starts in the fall and peaks in February, along with influenza. This year, the RSV season is early, and it is ferocious.

The combination of the two infections is hitting children’s hospitals hard, and it’s layered on top of the indirect effects of the pandemic, such as the increased population of kids and teens who need mental health care in the wake of the crisis.

“It’s all these things happening at the same time,” said Mark Wietecha, CEO of the Children’s Hospital Association. “To have our hospitals this crowded in August is unusual.

And children’s hospitals are grappling with the same workforce shortages as hospitals that treat adults, while their pool of potential staff is much smaller.

“We can’t easily recruit physicians and nurses from adult hospitals in any practical way to staff a kids’ hospital,” Wietecha said.

Clinicians have fewer tools to fight COVID-19 infections in children than are available for adults.

“There have been many studies in terms of therapies and treatments for acute SARS-CoV-2 infection in adults. We have less data and information in children, and on top of that, some of these treatments aren’t even available under an EUA [emergency use authorization] to children, for example the monoclonal antibodies,” Hobbs said.

Antibody treatments are being widely deployed to ease the pressure on hospitals that treat adults. But these therapies aren’t available for kids.

That means children’s hospitals could quickly become overwhelmed, especially in areas where community transmission is high, vaccination rates are low, and parents are screaming about masks.

“So we really have this constellation of events that really doesn’t favor children under the age of 12,” Hobbs said.

“Universal masking shouldn’t be a debate, because it’s the one thing, with adult vaccination, that can be done to protect this vulnerable population,” she said.  “This isn’t a political issue. It’s a public health issue. Period.”

Brenda Goodman, MA, is an award-winning staff writer for WebMD and Medscape. Her work has appeared in The New York Times, Scientific American, Psychology Today, The Boston Globe, Self, Shape, Parade, U.S. News and World Report, and Atlanta Magazine. She has a master‘s degree in science and environmental reporting from New York University. Follow Brenda on Twitter: @ReporterGoodman