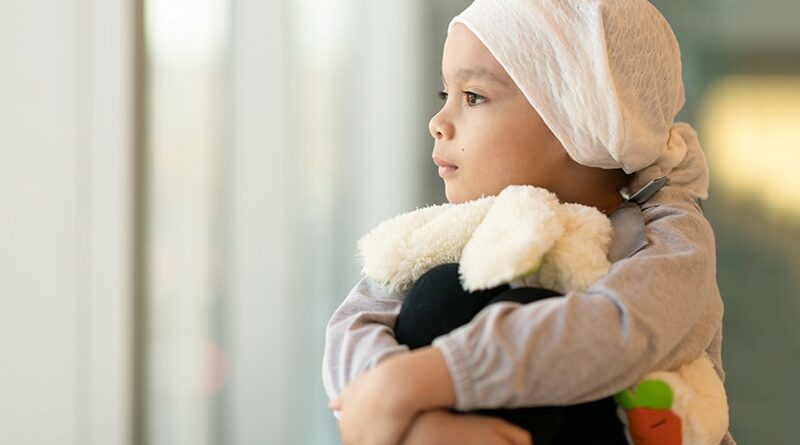 Treatment of central nervous system (CNS) involvement in pediatric acute lymphoblastic leukemia (ALL) needs to be based on risk, and should no longer be applied in a one-size-fits all approach, say experts writing in an editorial published July 29 in the journal Blood.

“Because cure rates now exceed 90%, using neurotoxic drugs in non-risk adapted protocols is unacceptable and a paradigm shift in treating CNS ALL is required,” write pediatric leukemia researchers Christina Halsey, PhD, of the University of Glasgow, Scotland, and Gabriele Escherich, MD, pepcid how long to take of the University Medical Center Hamburg-Eppendorf in Germany.

“We want to reach a Goldilocks point: not too much, not too little, but just right for every child,” they write.

The problem is that “the absence of clinically useful biomarkers prevents accurate risk stratification, resulting in universal use of intensive CNS-directed therapy. This therapy is likely to overtreat many children, exposing them to an unnecessary risk of toxicity,” including long-term cognitive deficits in 20% to 40% of them, they point out.

The editorial accompanied a new study in which investigators in China focused on improving CNS control in children with ALL, which the editorialists said was step in the right direction.

The trial included 7640 consecutive children up to age 18 treated from 2015 to 2019 across 20 major medical centers in China. Children received conventional remission induction and subsequent risk-directed therapy, including 16-22 triple intrathecal treatments. Prophylactic cranial irradiation was not used.

The 5-year event-free survival was 80.3% and overall survival 91.1%. The cumulative risk of isolated CNS relapse was 1.9% and of any CNS relapse 2.7%, comparable to reports from other major study groups, both with and without cranial radiation.

“We attributed our relatively good CNS control to the prephase treatment with dexamethasone, which reduced leukemia cells in blood and the CNS, and to the delayed intrathecal therapy until all (or a large proportion) of circulating leukemic blasts were cleared, thus reducing the consequence of traumatic lumbar puncture with blasts,” said the investigators, led by Jingyan Tang, MD, a hematologist/oncologist at the Shanghai Children’s Medical Center.

“This approach of delayed administration of initial intrathecal therapy after prephase steroid treatment, if confirmed successful by additional studies, can be adopted readily,” they say.

The editorialists concur. The low rates of CNS relapse, despite omission of radiotherapy and inclusion of high-risk subgroups, “might suggest a potential protective effect of steroids before diagnostic lumbar puncture,” they said.

“However, flow cytometry is not sensitive enough to track disease response over time. In the bone marrow, minimal residual disease (MRD) is used to identify children at high or low risk of relapse and modify therapy accordingly. We desperately need a minimal residual disease equivalent for CNS leukemia to allow us to tailor therapy,” Halsey and Escherich say.

It’s not surprising that the use of anesthesia led to fewer traumatic lumbar punctures than in “frightened child[ren] undergoing such a painful procedure without anesthesia,” the study team notes. Its correlation with lower CNS relapses is probably because drug delivery was more accurate in sedated children, the editorialists add.

Female sex was also protective against relapse in cases where general anesthesia wasn’t used for lumbar puncture. “One could speculate that it is more difficult to restrict male patients than female patients for successful intrathecal therapy if they were not undergoing anesthesia during the procedure,” the investigators write.

“Unfortunately,” the editorialists add, rapid adoption of anesthesia for lumbar punctures “is tempered by the recent observation that repeated general anesthesia in children with ALL is associated with increased neurotoxicity.”

The work was supported by grants from the National Natural Science Foundation of China, National Cancer Institute, and others. The study authors and editorialists have disclosed no relevant financial relationships.

M. Alexander Otto is a physician assistant with a master’s degree in medical science, and an award-winning medical journalist who has worked for several major news outlets before joining Medscape. He is an MIT Knight Science Journalism fellow. Email: [email protected]