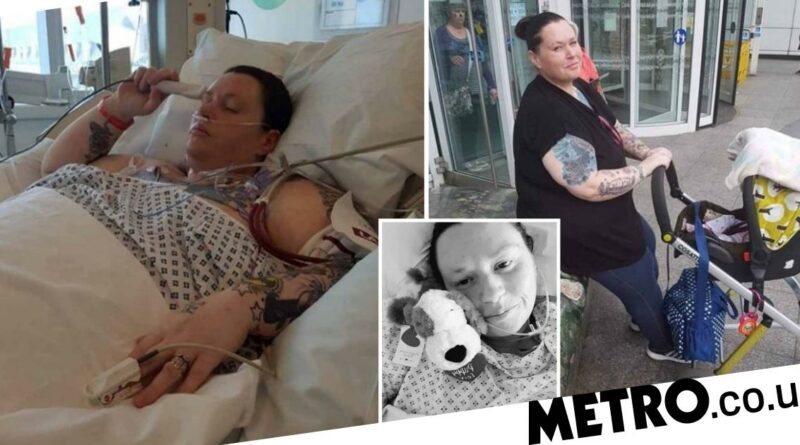 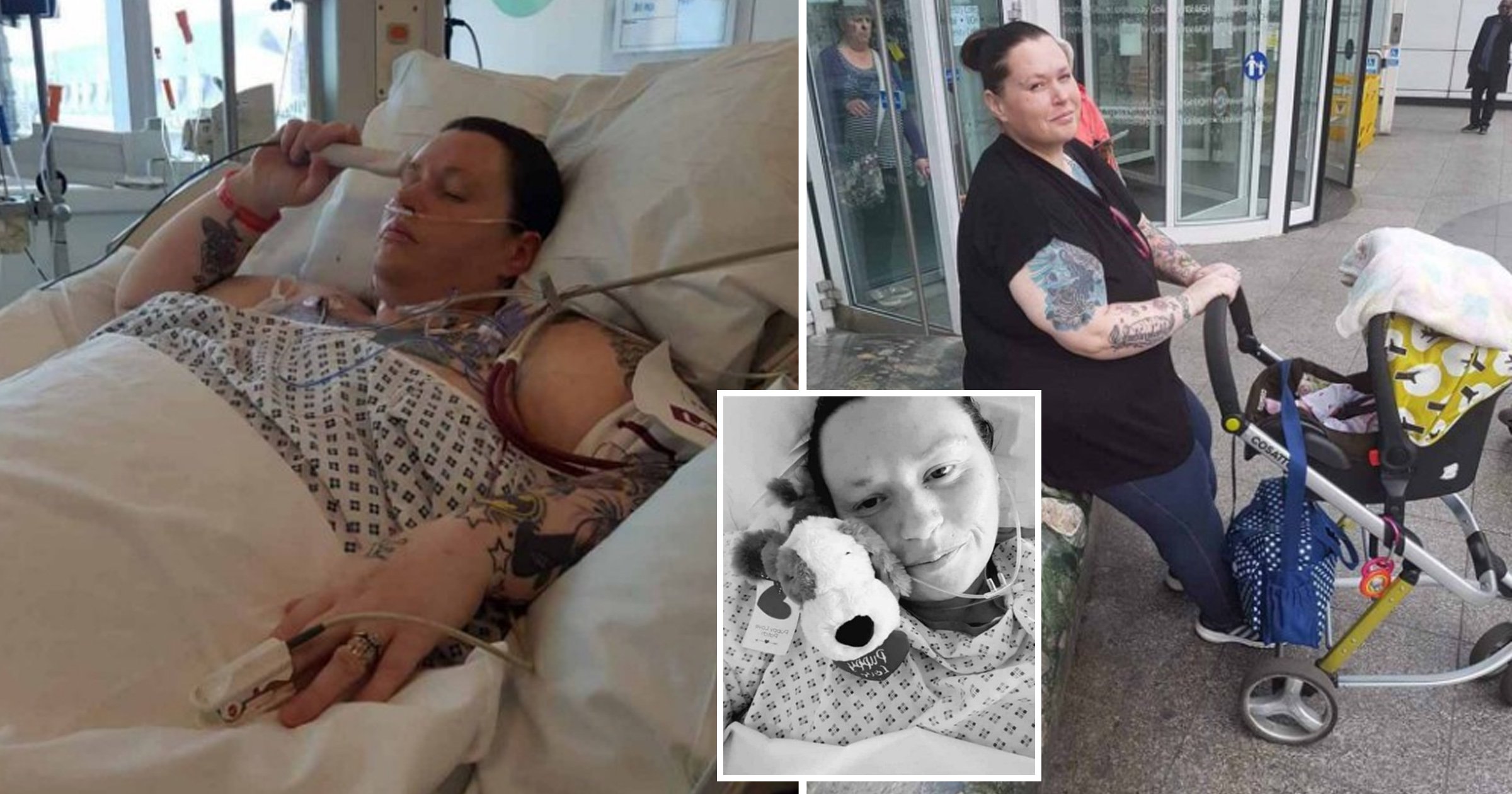 Soon after Sarah Humphrey had given birth to her youngest daughter in February 2018, she noticed a horrific stench ‘like rotting meat’ coming out her c-section scar.

The mum was rushed to hospital with deadly necrotising fasciitis – a condition otherwise known as the ‘flesh-eating disease.’

Capable of killing within a few days if left untreated, necrotising fasciitis is a serious infection – which is caused when a vicious bacteria infects a wound.

Sarah was taken into surgery to remove the rot – but, in total, it took around 10 weeks for medics to get the infected flesh out of her body.

The single mum, who lives in east London, said: ‘When I woke up from the first operation there was a long tube coming out of my belly, bullous allergic reaction penicillin sucking all the infected flesh into a machine.’

After several weeks in hospital – during which 19kg (3st) was cut from her stomach – Sarah returned home in the spring.

The ordeal was a lot for Sarah, who had also been diagnosed with symphysis pubis dysfunction (SPD) during pregnancy – resulting in doctors booking a c-section for 39 weeks.

She added: ‘I was scared, as I had never had an operation before. My previous pregnancies were normal, straightforward and easy.

‘Still, my daughter came out covered in blood and smiled.’

Following the c-section and the necrotising fasciitis diagnosis (plus recovery), the 41-year-old tried to return to normality over the summer months.

But in autumn, she was faced with another medical blow.

A painful hernia – which Sarah describes as being ‘the size of a child’s head’ – flared up.

The mum-of-six was then put on a waiting list for surgery, but Covid has since caused further delays – so she’s still waiting for the procedure.

In the meantime, Sarah has been using a mobility scooter to get around – but unfortunately this recently broke.

The mum is now looking to raise £550 to buy another one, while she waits for her hernia surgery.

She said: ‘My youngest daughter is starting nursery in two weeks and I don’t want to miss her first day.

‘All I want is some kind of normality.’

Sarah’s campaign can be found here.